Swiss Bishop: I Don’t Believe in “God of Yore”

Three days after the Pope raised the ire of conservatives by reversing the centuries-old teaching of the Church on the admissibility of the death penalty, the Bishop of Basel, Felix Gmür, has criticized the “rigidity” and the “state of shock” many Catholics have fallen into in recent years, paralyzed by the fear of an uncertain future and nostalgic for an apparently simpler golden era. “I certainly don’t want a God of yore, but a God for today, for tomorrow – otherwise I don’t believe in him“, proclaimed Gmür this past Sunday in a sermon in Salzburg Cathedral.

The Bishop of Basel was speaking at the conclusion of the Salzburger Hochschulwochen, a series of theological lectures held every summer at the University of Salzburg and dedicated this year to the topic of fear. A plague that has taken hold not only in wider society but also in the Church, according to the Swiss prelate, as evidenced by the debates currently taking place in Catholic circles that focus on merely “marginal questions” of the faith and thereby distract from the liberating core of the Christian message.

One such debate was stirred up last week when Pope Francis modified the Catechism to affirm that “the death penalty is inadmissible because it is an attack on the inviolability and dignity of the person”, a change that lead to accusations, even, that the pontiff has fallen into heresy. But Bishop Gmür had another example of a sterile quarrel that little serves the Church’s vocation to look forward and not back: that of whether Protestant spouses of faithful Catholics can receive the Eucharist. “Some say that would bring the Church to collapse, but how weak would the Church have to be for this debate to bring it down?“, asked the prelate.

Other speakers at the Salzburger Hochschulwochen 2018 included the Cardinal Archbishop of Munich and Freising, Reinhard Marx, who told the gathering the Church can only be part of the solution to the current epidemic of fear if it holds together the twin poles of faith and reason and manages to reconcile trust in God with the legacy of the Enlightenment. Cardinal Marx recalled that while it is crucial that the future nourish itself on the “springs of the past”, the inspiration that Church and society draw from former times must lead to a “renaissance”, and not to “restoration”.

The need to distinguish between renovative and restorationist uses of the past is even more urgent, continued Cardinal Marx, in these times of the “fundamentalization, simplification and spectacularization of religion” and the ever-present danger of the “instrumentalization of Christianity” for political-ideological purposes. Something that the cardinal continues to tackle with uncommon zeal in his native Germany, having issued a reminder just last month that it is wrong for Christian politicians to drift to the right in obedience to the signs of the times, ignoring in the process their “obligation” to follow “Christian social teaching, especially in its attitude toward the poor and the weak”. 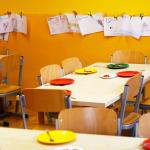 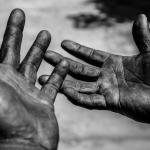