Houston Cracks Down on Religious Liberty

As our “About” tab says, we are living in dark times. Yesterday, it was reported that the city government of Houston, TX has issued subpoenas demanding a group of pastors hand in any sermons dealing with homosexuality, gender identity, or Annise Parker (the city’s first lesbian mayor). While preaching is not a secretive thing in the least bit (many sermons are posted online and are meant to be heard by the public), this is a downright frightening request. It’s a direct pitting of the civil government against Christian churches, an almost unthinkable situation for most imaginations only fifty years ago in America. Formerly, churches were considered a preservative influence that were helpful in sustaining ordered liberty. Now, they are the #1 threat to the “freedom” of unrestrained sexual self-expression and license.

Our Patheos Evangelical writers have not been unmindful of what this represents. Samuel James writes over in his Notebook,

Any sane person can see through this baloney. This has zero to do with the case. It is a thuggish, strong-arm tactic to scare dissidents into submission to an ‘equality’ law. ‘Oh you don’t like progressive values? Well, let’s have you identify yourself and your religion so we’ll know who the enemy is.’ This is a gross violation of religious liberty in every possible way.

Warren Throckmorton has also reported on this event at his blog, noting,

Houston, you have a problem.

Houston city attorneys have subpoenaed everything but the air surrounding several ministers in the Houston area over an effort of those ministers to overturn Houston’s equal rights ordinance.

This is of course a fishing expedition by the city attorneys, hoping to unearth something that will help them in their case. However, it is overly invasive and appears designed to intimidate this person for opposing the ordinance. It is no secret among attorneys that subpoenas can be used to intimidate opponents.

Even the progressive Brandan James comments,

While I have my own personal reservations about the pulpit being used to address specific political issues and candidates and likely disagree with the positions these pastors were articulating, I firmly believe that these Pastors have every right, under the constitution, to preach, present on, and publicly critique anything that they feel convicted about. These Pastors have every right to preach against HERO, the mayor, and their beliefs about sexuality and gender identity. Within the confines of their church or within the public square, the first amendment grants all US citizens these inalienable rights. It is these very religious liberties that have made our nation so great, a safe haven for people of all religious, ethical, and social beliefs for centuries.

Likewise, pastor and blogger Kenneth Tanner is upset for what this means for pastors across the country. His post, which should be read in full, warns,

Any politician who wants to hear my sermons is welcome to attend the public worship services of the church I serve on any given Sunday.

To require that I submit my sermons to the scrutiny of attorneys or to any political use outside the context of worship—for whatever political end, left, right or indifferent—is so egregious a violation of religious freedom that it’s unthinkable that a city attorney in as large a city as Houston would not automatically refuse such a directive.

That the elders of a major American city imagined that this was somehow a legitimate use of civic powers is unbelievable.

I have friends across the religious and political spectrum. I cannot imagine any of them supporting these actions, not for a blessed moment.

It’s all part and parcel of the widespread shift toward increased secularism that Owen Strachan writes about here. I think it is wise to heed Owen’s words of hope:

No matter how dark things get, hope, and not sadness, is the dominant theme of the Christian life, and the Christian church’s own story. We weep for what is lost, but we take hope in what God is doing afresh in our time.

It’s going to get worse before it gets better.

Barton Gingerich is the Managing Editor of the Evangelical Channel.

October 23, 2014 We Must Make Difficult Decisions
Browse Our Archives
get the latest from
The Evangelical Pulpit
Sign up for our newsletter
POPULAR AT PATHEOS Evangelical
1 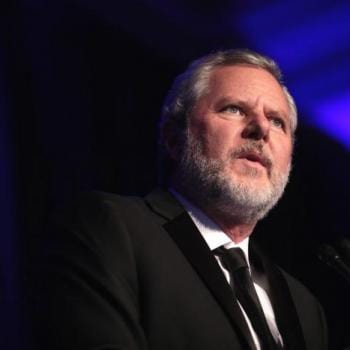 Evangelical
My Liberty University: Dealing With a New Low...
The Evangelical Pulpit 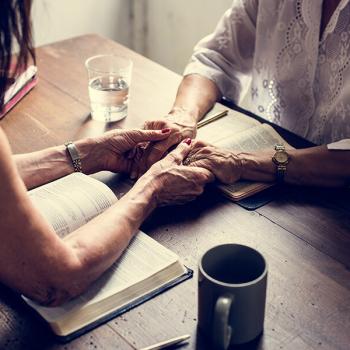 Evangelical
Our Invisible Crisis: Why the Hardest Hit By...
The Evangelical Pulpit
TRENDING AT PATHEOS Evangelical

Congregational Singing: "It's not about 'you' or your...
Congregational singing is not a matter of "taste." Anything we do in...
view all Evangelical blogs
Copyright 2008-2020, Patheos. All rights reserved.