Okay, so I have to admit at first I was quite reluctant to join the whole Facebook thing. Close to ten years ago, as a recent inductee into the ranks of the young professional class, my initial conclusion was that social media was sophomoric and childish. I thought surely that it was a fad that would soon pass, and when first asked whether I was on Facebook, I responded in a self-indignant tone, “absolutely not, I’m twenty-five and I have a mortgage. I don’t have time for such idle dribble.” My first experience with Facebook came by looking over someone’s shoulder, which, I’m reticent to say, became more and more frequent. I continued to shrug off any suggestion that I sign up, all while secretly accessing other people’s accounts. Even as I was confronted with allegations of apparent Facebook identity theft from friends, I held steadfast in my refusal to join. Finally, a Facebook account was created for me. I was in a state of denial as I pretended that I had not become social media’s newest member. My guilt was all-consuming at first. When people asked me such simple questions as “Hey, can you pass the ketchup,” I responded with a quick and annoyed, “no, I’m not a member of Facebook. That’s a vicious lie!”

I utilized Facebook for the same reasons as everyone else, e.g. to secretly stalk old girlfriends and high-school classmates. Whereas I initially checked Facebook once every couple of days, I soon found myself checking the site multiple times a day. I cannot remember the last business telephone conference call where Facebook was not on my screen, diverting my attention away from the business being discussed. I’ve checked Facebook status updates during football games, while church sermons are being preached, and at the dinner table. I checked Facebook on my I-phone under the table all while failing to hear a single word you just told me.

Facebook was a mindless activity, a guilty pleasure. I did not give much thought to its utility or benefit. In fact, I have often wondered how much more productive I could be in a day if I did not spend time reading peoples’ updates or watching posted videos of cats scaling walls or grandparents dancing in an awkward, but amusing manner. My thoughts on Facebook would eventually change. When it changed, it changed quickly and profoundly. God has a way of making us look at things differently, making us look at things from a different lens, a different light. We see it on the sermon on the mound. Jesus challenged us to see the world from a new perspective, one that is liberating but one that makes us uncomfortable. “My world” was turned upside down in 2014. My family faced challenges of grave consequences. It was through those difficult times that Facebook took on a surprising role in both the emotional and spiritual journey that we had to endure. 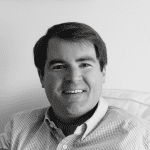 I live in Birmingham, Alabama with my wife, our two twin baby boys, a morbidly-obese chocolate Labrador, and a Shih-Tzu puppy that rules us all. By profession, I’m a business litigation attorney. By passion, I enjoy writing and traveling. 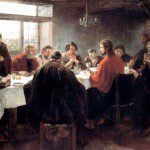 March 24, 2015 Can't Spell Faith without Facebook? (Part II of IV)
Browse Our Archives
get the latest updates from
The Evangelical Pulpit
and the Patheos
Evangelical
Channel
POPULAR AT PATHEOS Evangelical
1 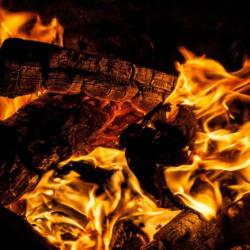 Evangelical
Is Stephen Paddock in Hell?
The Evangelical Pulpit 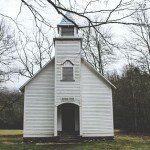