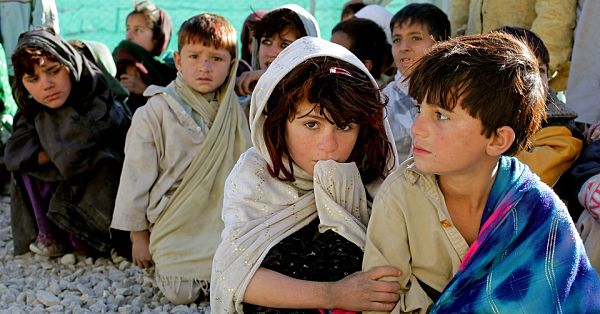 Sitting in the workshop listening to the instructor talk about positive parenting, Nancy began to cry. She was there to learn the basics of violence prevention, but the abuse she endured at the hands of her parents while growing up flooded in. She was compelled to share a troubling story with the group: not long ago, she had returned to her childhood town and she had beaten up her father to repay him for horrific years of mistreatment.

The instructor stopped the class and prayed with Nancy that she would be healed of her childhood wounds and freed from her ongoing pain. A mother and a school teacher in the impoverished outskirts of Lima, Peru, Nancy is acutely determined to avoid making the same mistake with her own children.

Food for the Hungry helped sponsor this workshop because the residents in this community told us that child abuse was a problem here. When we begin a project in a new community, the first step we take is to listen to the community — local organizations, residents and leaders who help identify the community’s key needs; and together we develop a holistic approach to meet identified needs. Food for the Hungry’s goal is to partner with a community for 10 to 15 years; it’s a finite commitment with a strategic framework, so that the entire community “graduates” from aid and becomes able to sustain its own further development. We know that poverty-focused, health and development assistance works. We are among the many faith-based organizations that leverage U.S. government leadership, influence and funding that makes life-changing differences for millions of the world’s most vulnerable, often women and children, including children in Heroes del Cenepa, Peru which graduated to self-sufficiency in just ten years.

They were facing a lot of problems, including parental abuse. Using a suite of education programs, including workshops on violence prevention, families shared teachings that discouraged family violence and provided better ways to cope. Neighbor-to-neighbor, parents were emboldened to intervene when they saw inappropriate child discipline, and helped each other on how to discipline children safely and correctly. Where once child abuse was rampant, today, 40% of the communities’ parents say they understand their responsibility and have created a safe environment for their children.
Children’s health was also a big concern in this impoverished area. Most adults and children suffered from parasites, skin diseases and respiratory infections; and malnutrition was a problem among the children, which can lead to long-term cognitive stunting. The lack of knowledge about basic hygiene and care of their environment were among the problems impeding illness prevention and better health. With just one Health Center a town away, it was difficult to get to and parents couldn’t afford medicine.

FH started training parents in inexpensive but effective hygiene and behavior changes that can dramatically improve child health. We began monitoring children and adolescents with routine height, weight, and health assessments. Today, 70% of parents have better knowledge about health, hygiene, disease prevention, and how to care for their children’s health.

In Heroes del Cenepa, children and teens were at risk of joining gangs because they spent much of their time home alone while parents worked to support their families. So FH created kids clubs, and today, 80% of the kids registered in these programs say they understand that God has a plan for their lives, and it includes education and principled leadership.

But perhaps most remarkable of all, in a community where most parents didn’t finish elementary or secondary school, together we built a pre-school/kindergarten that benefits children ages four and five. FH led a supplementary after-school program to improve the academic achievement of the children and adolescents. The results have been extraordinary. Today, 90% of the children who have gone through this early education program have finished secondary school; 45% study at a technical school or university, and the other 45% are planning to start their technical studies.

This is mission work for the 21st century and it’s impact reaches from this impoverished town outside Lima all the way to a young mission volunteer named Chloe who has grown up seeing the changes happening in Heroes del Cenepa. It’s changed her, too. “I think that going on these trips has kind of changed the entire course of my life and revealed to me my heart’s biggest passion,” she told her church which has supported mission work here for # years. “Before I went, the poor and children just really weren’t people I thought much about honestly.” But now Chloe is studying to be a social worker and dedicate her life to the most vulnerable. “They’ve really become my passion.“ 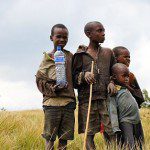 June 9, 2016
From Mission to Graduation: A New Model for 21st Century Missions
Next Post 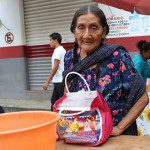 June 11, 2016 We Can Change History
Browse Our Archives
Related posts from The Evangelical Pulpit 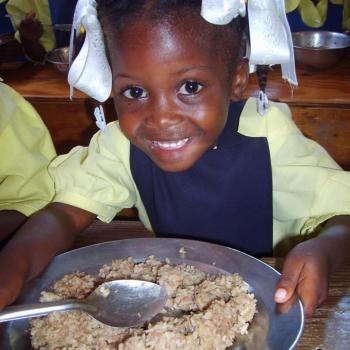 Evangelical
Jesus' Last Words: "Feed" and "Give"
The Evangelical Pulpit