A Wolf in Wolf’s Clothing 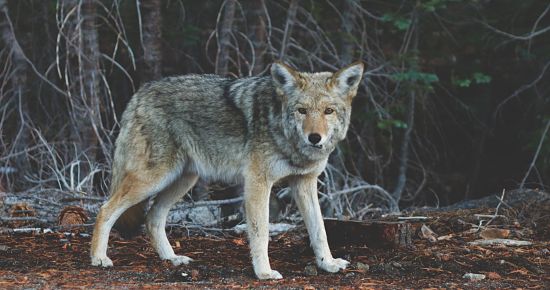 Our Lord warns us against the wolf in sheep’s clothing. The implication there is that, surely, we could discern the danger of a wolf in wolf’s clothing without having to be warned.

For some of our leaders, alas, not so much. Trump is that wolf in wolf’s clothing.

My view is being challenged by one of my best friends in Annapolis. He’s a former Ohio State political science professor who is also a successful international businessman.

“You can’t have it both ways, Bob. First you tell us Trump is evil, a cunning predator like a wolf. Then you try to say he’s an idiot on national security and constitutional matters. Which is it, Bob, evil or stupid? Make up your mind.”

Wolves are opportunistic killers. They don’t have to be hungry to kill. They are eager to kill, even if that means leaving 98% of a carcass untouched.

Wolves associate the smell of gun oil with humans, and the smell of humans with guns. And they stay away from humans. This is why pacifists hiking on a mountain trail are protected by hunters within 50 miles.

Wolves carry every disease that rats do. And wolves communicate those diseases to livestock. I learned all this for USDA’s leading authority on wolves, Will Graves.

Do we think wolf packs are naturally appealing, romantic? How much do we admire rat packs?

In everything that satisfies wolf hunger, wolf craving, wolf appetite, wolf predation, wolf protecting wolf from man and from other killers, there is no beast smarter, more ingenious than wolf.

But wolves know nothing about NATO, the Nuclear Triad, or the Constitutional Separation of Powers.

On everything that pertains to the Presidency, wolves are idiots.

So it is with Trump. Touch on anything relating to his lusts, his appetites, his putting Trump forward as leader of the pack, he is unequaled.

On everything else under the sun, he’s an idiot.

The Constitution? He knows only one provision–that the president must be “a natural born citizen of the United States.” And that provision he gets laughably wrong. Trump notoriously stirred the steaming, stenchy stewpot of Birtherism for years, claiming that President Obama was disqualified. He even went after Marco Rubio because, Trump claimed, Rubio’s parents were not U.S. citizens when he was born in Miami.

If the Trump Rule against Marco is correct, than every president from George Washington through Andrew Jackson was disqualified. All of their parents were subjects of Great Britain when they were born.

Can anyone believe he has gotten this far spewing such arrant nonsense?

Further, take Trump’s new charge against Hillary Clinton. Trump argues that Hillary is disqualified from being president because she fell for George W. Bush’s pack of lies about that “really good terrorist killer,” Saddam Hussein.

But he says Mike Pence gets a pass for his vote for the same war resolution because the GOP Establishment suckered him into going along.

I rest my case. A wolf in everything Trumpish. On everything else under the Moon, an idiot.

I think I may go out tonight and howl. 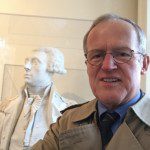 Robert Morrison is a veteran of the Coast Guard, the Reagan administration, and 21 years with Family Research Council. 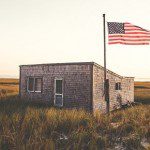 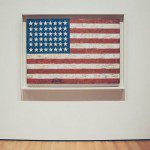 August 9, 2016 Why Trump Can Never Make America Great Again
Browse Our Archives
get the latest from
The Evangelical Pulpit
Sign up for our newsletter
POPULAR AT PATHEOS Evangelical
1

Helen Bond's The First Biography of Jesus-- Part...
BEN: One of the questions Chapter 3 raises for me at least,...

The Wrongheaded Smear Campaign Against Southern Baptist Theological...
Apart from the slow-smoldering controversy over “Radical Lutheranism”—a subject for another day—Lutherans...
view all Evangelical blogs
Copyright 2008-2020, Patheos. All rights reserved.