7 Common Christian Beliefs That Aren’t in the Bible 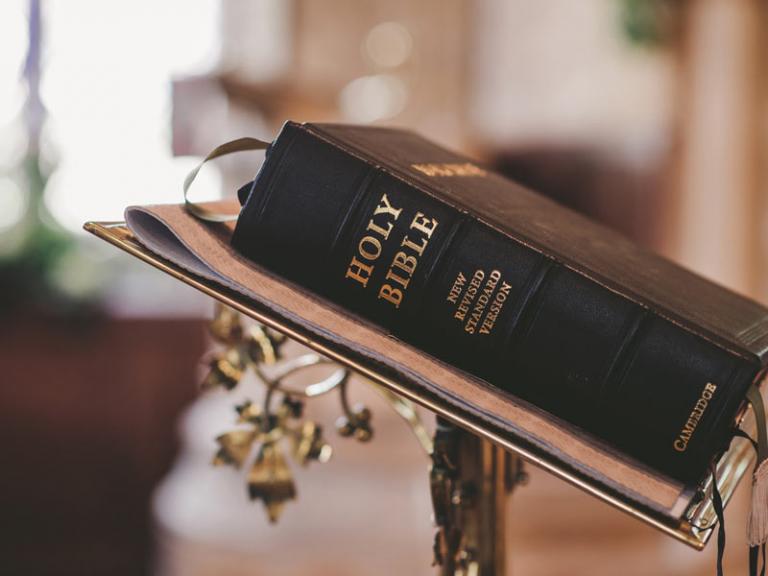 Christians have been reading and reciting the Bible for as long as it has existed. The teachings found within its pages form the bedrock of Christianity. That said, certain beliefs have wormed their way into Christianity that are not found in the Bible despite the fact that many Christians believe they are upheld by the Good Book. Here are seven common Christian beliefs that are not in the Bible.

Satan Was Once Lucifer

The fall of Satan from heaven has become deeply entrenched in Christian thought, but the origins of the Devil are not found anywhere in the Bible. In fact, Satan is not even used as a proper name in the Old Testament. Instead, the Hebrew ha satan is a title meaning simply “the adversary.” The Devil is not truly named and Hell not really described until the New Testament.

Milton’s “Paradise Lost” is largely responsible for the idea that Satan was once an angel called Lucifer, but many people have hunted for Bible verses to back up this belief. Luke 10:18 is sometimes cited as is Revelation 12 in support of this theory. Neither of these, however, state that Satan was once an angel. Luke 10 merely states that Satan fell, but in context, this statement does not necessarily confirm that the Devil was once an angel. Similarly, Revelation describes a dragon that hunts God’s faithful, but nowhere does it state that this dragon is either a fallen angel or the Devil.

The serpent in the Garden of Eden is one of only two talking animals in the Bible. This cunning snake is the cause of the original sin and the first troublemaker. Considering that this reptile is the one who throws a monkey wrench in God’s plan for creation, most Christians believe that the serpent was none other than Satan. Unfortunately for this long and deeply held belief, there is absolutely nothing in the Bible to back up this idea. The snake is simply a snake in Genesis. It is a crafty creature who causes a great deal of trouble, but it is never described as the Devil. The belief that it was Satan came later. In Genesis 3:14, God even addresses the snake as simply a snake. He curses the snake to “crawl on [its] belly” and “eat dust all the days of [its] life.” Never does God give any hint that the serpent was ever more than a reptilian trickster.

Christian bookstores and blogs are both full of information about the various archangels. Most writings claim that there are seven, but which angels make the cut varies between authors. This popular belief in seven archangels is not Biblically based. The only angel every described as an archangel in the canonical Bible is Michael. The other so-called archangels are never labeled as such. Frankly, some of the angels commonly listed as archangels are never named in the Bible at all much less described as archangels.

The case for multiple archangels is much easier to support if a person includes apocryphal books such as the Book of Enoch. Enoch 20 lists seven “holy angels who watch:” Uriel, Raphael, Raguel, Michael, Saraqael, Gabriel and Remiel. Enoch 40, on the other hand, lists four angels who “uttered praises before the Lord of glory.” These four angels are Michael, Raphael, Gabriel and Phanuel. Neither set of angels is explicitly described as archangels, but this apocryphal text comes the closest to giving a list of multiple archangels.

Many Christians can list the varying tortures that await those who commit different sins. Blasphemers, for example, will have their tongues cut out. The specific torments of Hell, however, are never listed in the Bible. The New Testament describes Hell as “a lake of fire” and a land “where the fire never goes out.” These descriptions, while viscerally unnerving, are rather vague. There is no itemized list of “those who do A, will suffer B.” The New Testament has no such if-then statements about specific horrors in Hell. More specific descriptions of Hell’s layout and tortures are found in fiction and poetry such as Dante Alighieri’s “Divine Comedy.”

Satan in the Old Testament

If the Bible were approached as a piece of literature, Satan would feature as a major antagonist in the New Testament. Contrary to popular Christian belief, however, the Devil is not present in the Old Testament, at least not as Christians would understand him.

The entity described in both the Book of Zechariah and the Book of Job is ha satan, “the adversary” or “the accuser.” Satan is not treated as a proper name but as a title or job description. This character would be satan with a small ‘s.’

The idea that the Devil of Christian thought is absent in the Old Testament makes sense when the context surrounding ha satan’s appearances is examined. In Zechariah, ha satan is described as “standing at [God’s] right hand.” Not exactly where the personification of evil would be found.

Similarly, in the Book of Job, satan is one of the “heavenly beings” who “present themselves before the Lord.” God does not dismiss ha satan or rebuke him. Instead, God asks for a status report. Far from the evil entity of the New Testament, the ha satan of the Old Testament acts more as a prosecuting attorney or administer of tests. He has an unpleasant job, but it is a job. In fact, in some places in the Old Testament, ha satan is translated “the angel of the Lord.”

Most Christians would cheerfully tell you that Christianity is free of all those silly mythological tropes found in ancient pagan religions. There are no strange creatures for heroes to battle or fairies to assist in finding a fair maiden. This, however, is not entirely accurate. Christianity has far fewer of what would be considered classic mythological elements, but they are not entirely absent. Genesis 6 describes a scene that would not be out of place in any ancient myth: “When the people began to multiply on the face of the earth, and daughters were born to them, the sons of God saw that they were fair; and they took wives for themselves of all that they chose…The Nephilim were on the earth in those days…when the sons of God went in to the daughters of humans, who bore children to them.” The Nephilim are mentioned again in Numbers 13, and ordinary men “seemed like grasshoppers” to them. Nephilim are often described as giants, and while Genesis 6 does not give the size of these hybrid creatures, they are described as “the heroes that were of old, warriors of renown.” Giants and incredible warriors born of the union of divine and human forms are both found in mythologies the world over. Although there are few episodes like this in the Bible, it shows that the Good Book is not without classic mythological elements.

Christians hold the Bible in particularly high regard, but that does not mean that they cannot get themselves turned around. Some of the most commonly held Christian beliefs are actually not in the Bible at all. That does not, of course, stop Christians from believing them. After all, even the most devoted of Christians can struggle to read Deuteronomy. Who knows what could be hiding in those often skimmed-or-skipped pages. 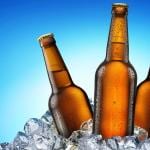 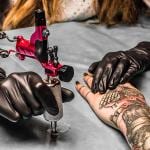 August 28, 2019 Is it Biblical for Christians to Get Tattoos?
Browse Our Archives
get the latest from
The Evangelical Pulpit
Sign up for our newsletter
POPULAR AT PATHEOS Evangelical
1

The 2021 SBC and the Cost...
Anxious Bench
Related posts from The Evangelical Pulpit

Anne's Quiz To Help You Figure Out If...
Jesus taking the NYTimes quiz to find out whether or not he...
view all Evangelical blogs
Copyright 2008-2021, Patheos. All rights reserved.