In Which I’m Losing Ma…Again.

It’s official. My sisters & I are taking over the guardianship + conservatorship for my Ma. We tried to work with her regarding her finances but she’s less than agreeable. My sister went down to her bank, shut it down & opened up a new account in our names. This took my Mother off guard, though almost everything does. That’s what ongoing Dementia & Paranoid Schizophrenia does to a 77 yr. old woman. She’s not firing on all engines, but then she hasn’t for such a long time.

Realizing her account no longer existed, she left me a passionate voicemail full of sadness, dread & betrayal. She told me we’d pay for this. That we will go to jail. That she’s angry & sorrowful to have daughters who’d steal her money. It was a wild rant. Almost 4 minutes long.

I do okay with this type of thing. It sounds awful. And to be sure, it is. But eventually you get used to it after so many decades.

Her crazy isn’t my new normal, it’s my old normal.

However, this is the first time I’ve been on the direct receiving end. As the baby, she’s chose to favorite me while demonizing the older two. We’ve allowed for this because -at times- the good cop/bad cop dynamic has helped us to literally keep her fed, clothed & housed.

But then all good things must come to an end at some point, eh?

My husband & I are 40/41. (I robbed the cradle). We’re at that age where lots of our friends parents are becoming ill, sick & or dying. While his parents are young whipper-snappers (they had him as teens), I’m the late in life baby. My father was 44 when I was born, my mother 37. My father died years ago….he’d be in his 80’s now. My Ma probably won’t have long; she also has Cancer. And as it turns out many other health issues we’ve not been privy to.

When I see my friends watch their parents transition on, I wonder what connectivity to a parent must feel like. My parents never anchored me to this life.

My Dad was sexually abusive for years. Ma’s been mentally ill my whole life. While she seemed fairly normal until I was 11, after that she left the building. By the time I was 18 she was full blown out-of-control. Everything that happened before 11 read as “normal.” Kids accept what they are given.

It’s hard to say anything but ‘she tried her hardest.’ Anything after that reads like betrayal. Many times in the last 20 years where I’ve raged with anger or sat in sorrow over missing out on a ‘normal childhood,’ or even hell, a mostly functional one. At times, avoiding her all together. The trauma I went through while living with her during college was so significant I immediately moved 2.5 hours away vowing to never return to my hometown to live. That’s a promise I’ve kept.

She did try her hardest. She did do the best she could. When I uttered those words 20 years ago it went through the lying teeth oppressed by Stockholm Syndrome; refusing to see anything but a loving mother who loved me unconditionally. I flatly refused to acknowledge the impact she’d had on me, let alone absorb the truth the way one needs to to properly heal.

Now, I can acknowledge her unconditional love, her best efforts with full awareness of the way her illness & our emotional & physical poverty impacted me. The awareness holds much more depth when you can acknowledge how deeply someone has hurt you, examine it, forgive & choose empathy anyways.

I could tell you her sad backstory. It is sad indeed. Abandoned by an alcoholic first husband, left with three struggling & traumatized children, with no major source of income, a few years later impregnated by my father, a lying philanderer & pedophile. She got a bad hand. And then a schizophrenia diagnosis? In the 80’s. Without the internet. And with lots of stigma.

I get it now. I can look back with eyes wide open; I was very much orphaned while my parents still lived, breathed & walked the earth. My father rotting away in a prison cell, my mother in a mental prison of her own.

Neither of them tether me to the ground. When my friends lose their parents, their grief feels foreign. It feels like something I should understand but don’t. I try to get it, but I don’t. It is…lost.

I lost my parents in the limited way I had them I was 11. My mother was diagnosed, no doubt the stress of getting my father locked up kicked up her symptoms significantly. Mere months went by when my Dad was sentenced, hand-cuffed & carted off right in front of my eyes without barely a look, certainly not a goodbye.

The orphaning process began that day, but the pain was lost on that 11 year old. She didn’t know. And that is God’s grace indeed.

Sometimes I feel guilt that I now handle Ma’s illness like a stoic businesswoman. I’m not compartmentalizing. I’m not burying anything deep. I’m not overcompensating in other areas. The grief of her loss has spread out thinly over the last 20 years and now there is…very little grieving left to do. Just paperwork.

I don’t know what the final loss of her will feel like. All I know is to make these last days, months or years a re-tethering of her to her own dignity. In doing so, all that was fractured pieces itself back together to tether me to my own humanity.

The healing is complete. Full circle.

Have you signed up for my super secret (but not really) weekly newsletter: The Whole Woman? The Whole Woman focuses on all things health & wellness for anyone trying to lose weight & take better care of themselves physically, emotionally & spiritually. It is separate from this blog & is sent out every Sunday at around 7:30pm Eastern.

If you enjoy what I do , please consider a $1/month donation to my Patreon account.

March 11, 2018 If You Want to Learn. Learn from the Women of Wakanda
Recent Comments
0 | Leave a Comment
"who thought that picture was a good idea."
Brandon Roberts What Are You Supposed To Tell ..."
"as a white guy who doesn't know that many black women i can't say if ..."
Brandon Roberts Why Are Black Women So Argumentative?
"Churches are boring.And people who listen to voices in their heads that nobody else can ..."
Ivan T. Errible What Gives Me Hope for The ..."
"Praise the Lord in all things"
Mr Kish Jars of Clay
Browse Our Archives
Related posts from Everyday Black Matters 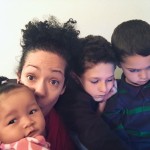 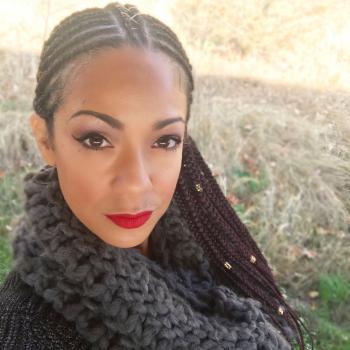