“I’m not one to namedrop,” (she protested) but…I did receive my annual e-Christmas card from a British Lord and Parliamentarian today! David Lord Alton of Liverpool and I are both board members of Jubilee Campaign, USA, and he is another member of my Heroes Hall of Fame: The Defenders of Persecuted Christians.

But along with the card, Lord Alton sent a poem by the 16th Century Jesuit priest Robert Southwell with such a very different perspective on Christmas than that of the card that it made me smile. The poem is Southwell’s “New Heaven, New War,” a poetic announcement that with the Incarnation, Earth has displaced Christ’s “heavenly seat.” And with the Incarnation, Earth is also the location of God’s new war against Satan to save humanity, surprising the gates of hell in the weak, unarmed way of using a human baby.

This little babe, so few days old,
Is come to rifle Satan’s fold;
All hell doth at his presence quake.
Though he himself for cold do shake,
For in this weak unarmèd wise
The gates of hell he will surprise.

I was immediately reminded of the sermon I heard from the Rt. Reverend Julian Dobbs for Advent 4 last week. Bishop Dobbs’ text was 1 John 3: 8, “The reason the Son of God appeared was to destroy the works of the devil.”

Joking that he had never seen that verse on a Christmas card (wait till he sees mine!), Bishop Dobbs asked, “Have you ever thought that the reason for Christmas is because God wants to destroy something?”

“Jesus came, not for a sentimental marketing opportunity, but on a Search and Destroy Mission!” the bishop declared.

Southwell demonstrates this truth by describing the very characteristics that define the Incarnate God as a tiny infant and that describe his humble dwelling as the weapons He will use to battle Satan. You can joke about those Jesuits and their military imagery, but it’s not a lot different from Biblical imagery.

In closing, Southwell entreats his soul to join Christ “in fight.” As a last twist he reveals that joy is the battle weapon that will actually “foil”  the foes. Those souls that have become lost and broken, manipulated and exploited by the works of the devil, have no joy. And the pleasure that they experience, whether because of money, power, sex, alcohol, drugs, food, violence, or some other temporary anesthetic, does not last.

This sad message comes through loud and clear in Jeremy Finer and Shane MacGowan’s “Fairytale of New York.” The 1987 hit performed by MacGowan and the late Kirsty MacColl, has been among the Top 20 Christmas songs for years. Some say that it is so loved because it is more emotionally “real” than most of the sentimental Christmas songs. But emotional reality doesn’t have to be full of despair and wasted opportunity. It is just as “real” to have joy and to have abundant life!

Last Christmas The Stream published an article that I wrote about “Fairytale of New York.” Admittedly, I love The Pogues and wanted to share what I think is a deeply moving song. But I also wanted to contrast MacGowan’s Christmas scene of broken relationships and wasted lives with the promise and power that is described in so many Christmas carols when we bother to actually listen to the words.

I wrote “Christmas Song for the Lost and Broken,” addressing MacGowan and MacColl as if they themselves are the man and woman in the song, I said:

What makes Fairytale resonate with so many of us is that even if we have not struggled in the same manner as MacGowan and MacColl, we probably know someone who has experienced these struggles. We may love someone who has. And if we are honest, we understand that all of us are lost and broken — just that with some, the lostness and brokenness are more visible than with others. That is what Christmas is all about. God Himself, the One who has “risen with healing in His wings,” has come to our world to find all the lost and heal all the broken.

And that is what I wish the lost MacGowans and MacColls, and all those who can relate more to “Fairytale of New York” than the message of the Christmas carols would come to understand. That there is a reality in those carols that is even more real than “emotional” real-ness, and it is the reality of “the Word that became flesh and dwelt among us.”

The rest of the article is here, if you care to read it. As someone who  knows every verse of every Christmas carol (despite the fact that during my younger years, as a Salvation Army band member, I was usually playing Third Part Bb on a euphonium rather than singing most of them), I enjoyed the opportunity to demonstrate the way the Gospel is so clearly communicated in many of them.

My article concludes this way:

I listen to “Fairytale of New York” every Christmas. Admittedly, I really like The Pogues! But even if I didn’t, I would want to know this song, I want to remember and pray for those who have discovered that they are lost and broken, but have not yet discovered the One who knows their dreams, who loves them, and whose life can be traced from “a poor manger to a bitter Cross” where He died to save them. 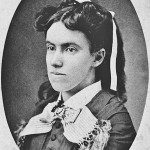 December 11, 2016
7 Things You Really Ought to Know about Lottie Moon
Next Post 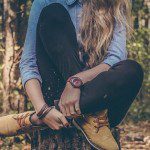 January 11, 2017 Dear Younger Me, Don't Abandon Orthodoxy
Recent Comments
0 | Leave a Comment
Browse Our Archives
get the latest updates from
Faith and Chelsen
and the Patheos
Evangelical
Channel
POPULAR AT PATHEOS Evangelical
1 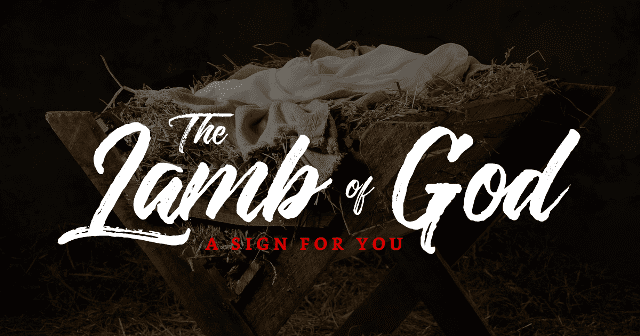 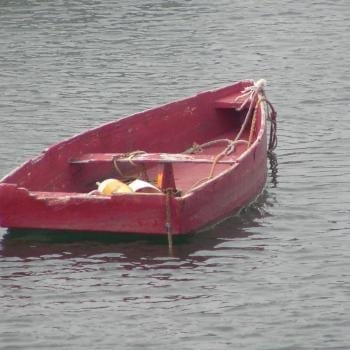