In February of this year the International Criminal Court convicted Dominic Ongwen, 45, of dozens of war crimes and crimes against humanity. A commander in the Ugandan rebel group the Lord’s Resistance Army (LRA), Ongwen was found guilty on 61 counts ranging from multiple murders and rapes to forced marriages and pregnancies and sexual slavery. He was the first LRA leader to be tried and convicted by the ICC.

The AP quoted Elise Keppler, associate director of the International Justice Program of Human Rights Watch, who said, “The LRA terrorized the people of northern Uganda and its neighboring countries for more than two decades. One LRA leader has at last been held to account at the ICC for the terrible abuses victims suffered.”

ICC Prosecutor, Fatou Bensouda, the AP said, “acknowledged that Ongwen was once an LRA victim but said he grew into ‘one of the most senior military leaders, fervently committed to the LRA cause with infamous brutality. As an adult, he was personally responsible for encouraging and committing against others the very crimes that he himself suffered as a child.'”

It is not a simple situation. The ICC this month will probably sentence to life imprisonment this man who is guilty of horrific crimes. But this guilty man also had horrific crimes perpetrated against him. No one can blame or fail to find justification in the relief and satisfaction of thousands of Ugandans, South Sudanese, and others in the punishment meted out to Dominic Ongwen. And at the same time, Ongwen’s life sentence began when he was nine years old.

In 2007 former child soldier Grace Akallo and I wrote Girl Soldier: A Story of Hope for Northern Uganda’s Children. Doing research for the book, I learned about Ongwen and all the other LRA commanders, especially the leader of the army, the thoroughly evil Joseph Kony. Kony took over a militia led by a Ugandan woman, Alice Auma. Auma, later called Alice Lakwena after a spirit (inexplicably of an Italian Army Officer from World War II) that she claimed resided in her.

Kony seemed determined to beat Auma not only in demon possession — Kony claimed to be the host to dozens of spirits including “King Bruce Lee” and “Jim Brickey” from the United States — but in breathtaking and widespread brutality. Under Kony the LRA devastated not only the Acholi in northern Uganda but dozens and dozens of communities in what was then southern Sudan.

I also learned from Grace the unspeakable horrors experienced by children who were taken by Kony and his troops. And how these brutalized boys and girls then became Kony’s troops. Grace writes about these experiences in her chapters of Girl Soldier. (Grace and I wrote alternate chapters in the book.) I also received information from others of Kony’s victims, including the Anglican bishop in Gulu District of northern Uganda who told of receiving Ugandan and Sudanese refugees who had experienced this horror :

In Gulu District Kony’s troops encountered the bow-and-arrow brigade (local citizens attempting to defend themselves and their children) and retaliated against the citizenry with unspeakable violence. They kidnapped more than fifty men, women, and children. Soldiers cut off the noses, ears, and hands of some of them. With others they bored holes through their lips and padlocked their mouths shut. Others were hacked to pieces with pangas (machetes).

There’s much more to the story, of how the LRA became willing tools of the National Islamic Front regime of Omar al Bashir in Sudan in his war against southern Sudan’s Sudan People’s Liberation Army, introduced to Bashir by southern Sudanese turncoat Riek Machar. Much of the evidence linking the LRA and government of Sudan has come from the LRA’s young victims. But the part of the story that relates to the guilt verdict for Dominic Ongwen is disturbing enough.

That part of the story began when Kony ran out of the willing recruits for the LRA amongst the adult men. I wrote in Girl Soldier about the forced recruitment of children by the LRA:

The Acholi quickly discovered that they wanted no part in Kony’s war. . . So he took the children of the very Acholi he had claimed to be fighting for. As many as 90% of the LRA’s soldiers [were] abducted children, and as many as 50,000 [had] been taken for this purpose since 1986. More than one hundred thousand other people, mostly civilians, have been killed by the LRA. Almost the entire population of Acholi land [had] been confined to internally displaced persons camps. . .

When the LRA attacks, the parents and other adults are often killed immediately. Frequently they are hacked to pieces with pangas, and their homes are burned. As terrible as these incidences are, it is better to die at the hands of a stranger than to live long enough as a prisoner to see your child being forced at gunpoint to murder you. This is a tactic Kony [used] to dehumanize children.

A Christian Research Journal report on northern Uganda says that the LRA “operates as a fear-based authoritarian military cult. The child’s fear, which begins with abduction, doesn’t end until the child’s conscience has been totally deadened through witnessing and participating in acts of torture, mutilation, and murder.

The full extent of Kony and his army’s evil deeds against children, such as Dominic Ongwen, and what it turned them into is described in Girl Soldier in the chapter “Creating Killer Children.” None of this excuses the brutality for which Ongwen himself was responsible, but it does demonstrate that he didn’t have much of a chance of escaping his fate. And it makes me long for the day when Kony, the most guilty of all, has to pay for his evil — either in this life or in eternity.

Of heinous crimes. For decades.

He should be punished. That is justice.

But looking at him, sitting in the dock

listening to the judgment on his crimes, his sins,

I am shocked by my sadness.

He’s wearing a mask, like everybody in these plagued days,

when he is pronounced guilty on all 61 counts.

But his eyes, masked without mask for decades –

hardened, cold, empty of humanity for decades after the initial emptying

when he was captured, brainwashed,

Turned into a killing machine for decades –

could almost be a child’s eyes.

Is he remembering what it was like to be a child?

What he was like before he was a killing machine?

Is he regretting the decades of killing, or just the killing of who he was?

That crime of humanity, one among many, one that led to many.

Say a prayer for Dominic.

He is guilty, but there is another

who is far more. 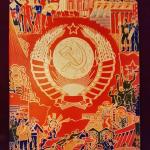 December 31, 2020
Infiltration of Cultural Marxism in US Church through Identity Politics
Next Post