Lucy Liu Is Open to Religion, But Not a Particular One 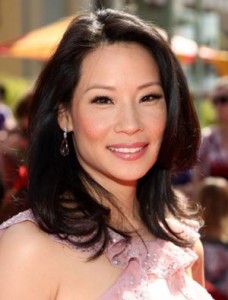 In a new interview, actress Lucy Liu says that she’s open to religion and curious to learn more about different faiths. Since she works in Hollywood, it seems fitting that she was asked about Scientology.  “I think it’s unfortunate when people are against something that can bring so much guidance for people,” she says. “I don’t know much about Scientology – I know a little bit about it – but if it helps someone become less addicted to something, or not addicted, or if it helps someone recover from abuse, you can never say it’s bad.” Very diplomatic – it looks like she won’t get blackballed from a Tom Cruise movie anytime soon.

As for Lucy herself, her parents are Buddhists. Lucy has taken some Kabbalah classes at the Kabbalah Centre in LA, but she doesn’t identify as a practicioner. “It reminds me of Taoism,” she says of Kabbalah. “It’s mind over matter, essentially, and I’m fascinated by that.”

I think Lucy Liu should run for some sort of political office – this interview is a master class in how to talk about controversial topics without actually saying anything.