Meet the Kellers: The Duggars’ In-Laws

On this week’s new episode of 19 Kids and Counting, the Duggars headed to Florida to attend the wedding of Priscilla Keller. Priscilla is Anna Duggar (wife of oldest kid Josh Duggar)’s sister, and several family members were included in the wedding party. The Kellers have eight kids, five girls and three boys, and all of them were shown at least once on camera during the episode. 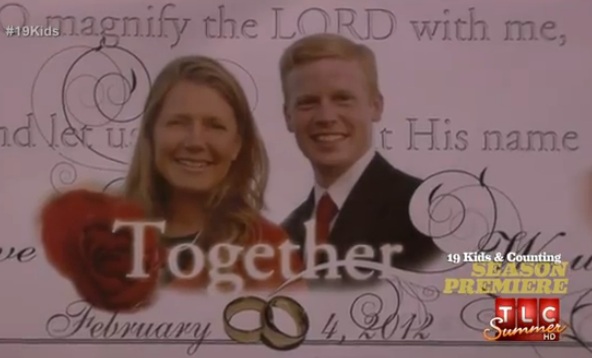 While most of the attention was on the bride and groom and the Duggars, let’s just say that the Kellers would make a way more interesting show. Quite a few of them have chosen to pursue other Christian denominations and been estranged from their family as a result. Here’s a breakdown:

David Waller: Priscilla’s now-husband. The two reportedly met while both working for Bill Gothard, the religious leader whose teachings are followed by the Duggar and Keller families. Gothard spoke at the wedding, but he was edited out of the broadcast. David and Priscilla have a very annoying blog. They also wear matching outfits. 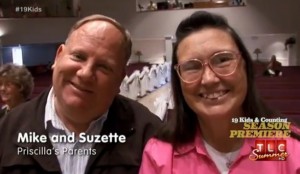 Mike and Suzette Keller: The parents. They’ve been on several times before and I like them, especially Suzette. Unlike Jim Bob and Michelle, they seem to be hands-on parents who raise their kids instead of making the kids raise each other. 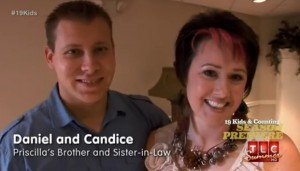 Daniel and Candice Keller: Daniel is the oldest Keller son, and Candice is his wife. She is a beautician, which is why her hair is so awesome. They reportedly adopted a child recently because they were unable to conceive. Many of Gothard’s followers do not believe in adoption because the “sins of the parents” are permanently associated with the kid. It could be because of the adoption or the fact that Daniel and Candice practice a more liberal form of Christianity, but they’re reportedly estranged from the rest of the Keller family. 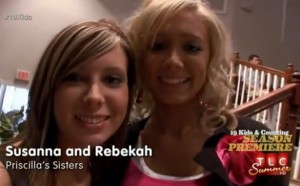 Susanna and Rebekah Keller: Though they’re all smiles here, not everything is smiley offscreen. Rebekah’s husband reportedly posted on the Television Without Pity message board about the Duggar family and their show. He claimed that he was edited out of wedding footage because the Keller family doesn’t like him. They are also less religious Christians. However, according to the rules of Gothardism, it’s okay for Rebekah to be less religious because she’s obeying her husband.

As for Susanna Keller, she appears to be the rebel of the family. Until recently, she had a public Facebook page and posted pictures of herself wearing shorts and makeup and doing other non-Gothard-approved activities. She reportedly moved to Atlanta to be with her boyfriend and got pregnant outside of marriage, causing her to be ostracized from her family.

There are several other siblings, who you can see in the episode, but these are the noteworthy ones. Can you imagine the blowback if one of the Duggar daughters pulled a Susanna and ran off to live with a guy and have a kid out of wedlock? It would definitely wind up in Star magazine, that’s for sure.

September 3, 2012 A Kardashian Kult Is More Realistic Than You Think
Recent Comments
29 Comments | Leave a Comment
Browse Our Archives
get the latest from
New Visions
Sign up for our newsletter
POPULAR AT PATHEOS New Visions
1