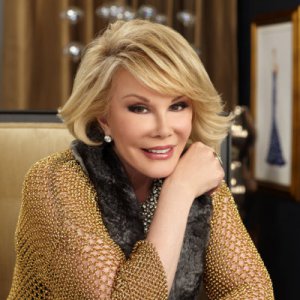 Comedian/firebrand Joan Rivers (real name: Joan Rosenberg) recently made a joke that some Jews weren’t super happy with. While doing Oscars fashion commentary for E!, Rivers commented on Heidi Klum’s outfit: “The last time a German looked this hot was when they were pushing Jews into the ovens.” The Jewish watchdog group the Anti Defamation League (ADL) took issue with the joke and demanded that Rivers apologize, but she said no way. “My husband lost the majority of his family at Auschwitz, and I can assure you that I have always made it a point to remind people of the Holocaust through humor,” she replied. Well, that’s a more reasoned comeback than we were expecting.

March 7, 2013 Did You Know That Tom Cruise Almost Became a Catholic Priest?
Recent Comments
0 | Leave a Comment
Browse Our Archives
get the latest from
New Visions
Sign up for our newsletter
Related posts from Faith Goes Pop