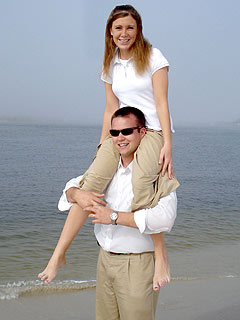 Josh Duggar and Anna Duggar have paid me the ultimate compliment by naming their third kid Marcus. Josh and Anna are following Duggar tradition by giving all their kids names that start with the same letter – Marcus’ older siblings are Mackynzie and Michael. Like his older siblings, Marcus will have his birth featured on television – TLC is airing promos for a Father’s Day-themed episode in which Anna goes into labor. Let’s hope that she didn’t have to give birth on a toilet this time, ok? This also means that the Duggars will be moving to the DC area with a newborn in tow.

People magazine has the exclusive, but they only have one small picture of the baby – most likely, those are being saved for the TLC special. My early spoiler: he looks like a baby.

June 10, 2013 Tony Winner Billy Porter Thanks His Mom for Being 'the Personification of True Christianity'
Recent Comments
2 Comments | Leave a Comment
Browse Our Archives
get the latest from
New Visions
Sign up for our newsletter
Related posts from Faith Goes Pop