“You Make Me Sick!” The Surprising Ways Your Spouse May Be Undermining (or Helping) Your Health

“You Make Me Sick!” The Surprising Ways Your Spouse May Be Undermining (or Helping) Your Health July 14, 2015 Rachael Popcak and Dr. Gregory Popcak

Researchers consider it a well-establish fact that the quality of our relationships, in general, and our romantic relationships, in particular, wield huge influence over our physical health and well-being.  We know, for example, that people who are unhappy in their marriages are at significantly greater risk for disease than couples who are happy together.  What was less clear is the mechanism by which relationships impact our health.  But a new study finds that the degree to which you feel understood and supported by your partner directly impacts the production of hormones that. over time, can either prevent or cause disease.

I’ve Got You Under My Skin

The study predicted that the partner’s responsiveness might affect cortisol production. Cortisol is a hormone that helps to regulate a diverse set of functions in the human body, ranging from higher-order functions like learning and memory, to more basic functions like immune system responses and the breaking down of food (i.e., metabolism). New research suggests that the body’s rhythm of cortisol production throughout the day has important implications for health. People with “steeper” cortisol profiles—higher cortisol output in the morning, with declining output throughout the rest of the day—tend to have better health outcomes compared to people with flatter cortisol profiles.

Slatcher and colleagues predicted that having a high-quality romantic relationship—in which the person feels that their partner is responsive to their needs—might lead to long-term improvements in how the body produces cortisol. To test this, the researchers analyzed over a thousand participants who were either married or living with their partners. Participants indicated how responsive they thought their partner was by rating how much they thought their partner cared about them, understood their feelings, and appreciated them. Participants also provided four saliva samples per day over a four-day period, so that researchers could determine their cortisol profiles. Ten years later, the same participants again complete the same measures, allowing the researchers to examine how responsiveness might predict changes in cortisol profiles over time.

The researchers found that, indeed, people who felt their partners were more responsive at Time 1 had healthier cortisol profiles ten years later: they had higher cortisol levels shortly after waking up, as well as a steeper decline in cortisol levels throughout the day. This was true even for people who were no longer with the same partner, suggesting that people may benefit from high-quality romantic relationships even after those relationships have ended. Further, these effects held controlling for a number of other relevant factors, such as gender, age, and depressive symptoms, suggesting that the results could not be attributed to these other things. However, the researchers did find that their results were partially explained by negative emotion: people with more responsive partners subsequently tended to experienced fewer negative emotions, which helped to explain their improved cortisol profiles.  READ MORE

In his Theology of the Body, Pope St. John Paul the Great taught that human beings are not so much individuals as they are persons who are intimately connected to one another by nature.   That we are relational is no mere accident.  We are connected biologically to one another in ways that can be difficult to understand.   From the perspective of TOB, there is nothing we do that doesn’t affect others–on a deep level– for good or ill. It is a fallacy to believe that the things we do just impact us.  We were created for each other. Ideally, that means that we were created to love one another, and if we do, we can help each other become the godly, happy and healthy people we were meant to be.  Of course, the opposite is also true.

Resources for a Healthier You

Taking care of your relationships–especially your most intimate relationships–is one of the most important ways you can take care of your own health.  For more ideas on how to create a healthy  marriage that leads to a healthier you, check out For Better…FOREVER! A Catholic Guide to Lifelong Marriage and When Divorce Is NOT An Option:  How to Heal Your Marriage and Nurture Lasting Love.  Or contact the Pastoral Solutions Institute to learn how our Catholic tele-counseling practice can help you satisfy your desire for a happier, healthier life. 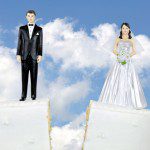 July 20, 2015 Major Cheating Websites Hacked--Members Threatened with Exposure
Recent Comments
0 | Leave a Comment
"I disagree with the notion that atheist=selfish and therefore any morality they display is purely ..."
carbonatedcarly Good Without God: Part 3 in ..."
"The need to de-label something as an "addiction" also assumes a way of thinking about ..."
Jared P. New Research Suggests Porn is NOT ..."
"Dr Greg....I'm going to try this again. Have you read / reviewed the book "31 ..."
Needing Answers “You Make Me Sick!” The Surprising ..."
"Sheila, seriously, get in touch with a local Naprotechnology specialist. They're commonly misunderstood to be ..."
Marek Kaszycki The Terrible, Horrible, No Good, Very ..."
Browse Our Archives
get the latest from
Catholic
Sign up for our newsletter
POPULAR AT PATHEOS Catholic
1

The Jesus Prerogative: On Women Priests
The Latin Right
Related posts from Faith on the Couch