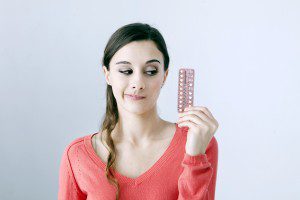 You’ve probably heard the slogan, “You can’t be opposed to both abortion and contraception.”  Or, alternatively, the accusation,  “If you opposed abortion, why don’t you support greater access to contraception?”  The idea, of course, being that if everyone was on the Pill, we wouldn’t have abortions anymore.  Well, a new study by Britain’s most prominent abortion provider, British Pregnancy Advisory Service (BPAS), shows just how wrong that is.

It turns out that over half of women (51%) who procure abortions do so because of the failure of their contraceptive method.  In fact, the study of over 60,000 women, found that contraceptive use contributes to a greater likelihood that women will have later term abortions (20 weeks and later) because they assume they can’t get pregnant using contraception and miss early pregnancy signs as a result.  Late-term abortions are not only more morally objectionable to the general public, they also carry higher health risks for the mother.

In response the study, Anna Furedi, BPAS chief executive said, “Our data shows women cannot control their fertility through contraception alone, even when they are using some of the most effective methods. Family planning is contraception and abortion. Abortion is birth control that women need when their regular method lets them down.”

This finding comes on the heels of an earlier study that found that when the UK decreased funding for contraceptive services, unintended  pregnancy rates actually decreased as well–in direct contradiction to dire predictions by family planning agencies.

And again, the reason for this is that the efficacy of artificial means of family planning are oversold.  Women are led to believe that as long as they are “practicing safe sex” and using one form of artificial contraception or another, they cannot get pregnant.  But because of  both the built-in risk of method failure and life circumstances that prevent perfect use of contraceptives in the real world–many women using artificial means of contraception can find themselves pregnant and scared.  They are, in essence, being set up to feel that they need abortion by the very agencies that promote contraception and abortion services.

Again, Ms. Furedi says, “When you encourage women to use contraception, you give them the sense that they can control their fertility – but if you do not provide safe abortion services when that contraception fails you are doing them a great disservice.”

Despite what the anti-science left would have you believe, the only way to be truly opposed to abortion is to oppose artificial contraception and promote life-affirming, relationship-building methods of family planning, like Natural Family Planning and Fertility Awareness Methods. To learn more about you can experience a healthier, happier, and more graceful sexual life, check out Holy Sex! The Catholic Guide To Mind-Blowing, Toe-Curling, Infallible Loving. 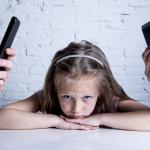 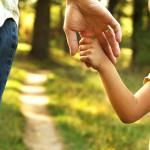 October 30, 2017 Parenting in the Age of Weinstein
Recent Comments
0 | Leave a Comment
"I disagree with the notion that atheist=selfish and therefore any morality they display is purely ..."
carbonatedcarly Good Without God: Part 3 in ..."
"The need to de-label something as an "addiction" also assumes a way of thinking about ..."
Jared P. New Research Suggests Porn is NOT ..."
"Dr Greg....I'm going to try this again. Have you read / reviewed the book "31 ..."
Needing Answers “You Make Me Sick!” The Surprising ..."
"Sheila, seriously, get in touch with a local Naprotechnology specialist. They're commonly misunderstood to be ..."
Marek Kaszycki The Terrible, Horrible, No Good, Very ..."
Browse Our Archives
get the latest from
Catholic
Sign up for our newsletter
POPULAR AT PATHEOS Catholic
1

If Any Drug Tested on HEK-293...
Through Catholic Lenses
Related posts from Faith on the Couch 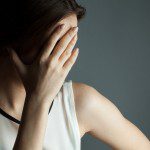 Catholic
Suicidal Fruit: What Happens When the Mental Health...
Faith on the Couch

Catholic
The Pope, The APA, and "Born That Way."...
Faith on the Couch
TRENDING AT PATHEOS Catholic