What’s Wrong with the Topical Guide?

Last year I suggested some changes that I would make to the LDS Scriptures, which included getting rid of the Topical Guide.  There was some resistance to this recommendation in the comments. With the recent announced changes to the LDS scriptures, I thought now would be a good time to revisit this topic.  The new edition of the LDS scriptures makes no substantive changes to the Topical Guide, only corrected reference errors, formatting changes, and a few other typos.  (The list of changes appears on page 11-12 of this document.)

The 1981 version of the Topical Guide comes with this caveat, preserved in the updated edition: “Because of space limitations, the guide is not intended to be comprehensive.  It is also recommended that the reader look up each scripture and examine it in its context, in order to gain a better understanding of it.”  These limitations are indeed real.  A comprehensive ideological analysis of the Topical Guide would no doubt reveal interesting perspectives, but I can only offer a few significant examples here.

The first limitation is the arbitrary selection of texts it chooses to reference.  The Topical Guide functions as a kind of concordance, or a list of words present in the text.  In this way, it can be a somewhat useful resource for finding the uses of certain words.  The problem is that a concordance of English can be deceptive because the use of an English word may not consistently represent the Greek or Hebrew word being translated.  The Topical Guide seeks somewhat to alleviate this problem with suggestions of similar words.  So, for instance, if you look up the first entry, “Abase” it will refer you to “see also Humble.”  Are these merely synonyms, or do the represent alternative translations of the same underlying word?

Besides this concordance function, the Topical Guide also functions as a kind of reference resource on topics chosen by the editorial team.  Strictly speaking, these topics often represent collections of passages on “Gospel topics” that the scriptures themselves do not consciously address, like the entries under “Problem Solving,” for instance.

Other entries are meant to offer proof texts of particular LDS teachings, like “Apostasy of the Early Christian Church,” “Book of Mormon,” and  “Restoration of the Gospel.” Often the proliferation of subcategories reveal specific interest for working out LDS doctrines, such as the various subentries under “Man” that address LDS anthropology. Further, there are many entries under the topic of Marriage which do not represent a concordance use of specific terms, but rather selective citations of texts on such devotional topics as: “Marriage, Continuing Courtship in;” “Marriage, Temporal;” and others which essentially provide scripture chains of texts taken out of context to serve some other purpose.  Similarly, besides the various entries under “Priest,” there are 11 subcategories for “Priesthood,” with extensive use of scriptures which, properly speaking, do not explicitly reference priesthood at all.

On controversial topics, the selectiveness of the readings is even more evident.  Some entries function more as commentaries on certain topics than references to the use of specific words. The selected texts under Birth Control exhibit an anti-birth control stance, even if the topic is not directly mentioned in any of the chosen texts.  Further, the Topical Guide entries for “Interfaith Marriage” and “Interracial Marriage,” say “see Separation.” When one looks up “Separation,” the listed scriptures use the term in only about half the provided references, while others include diverse terms such as: covenant, diverse, severed, special, midst, remove, mixed, gulf, bounds, mix, out, and mingle. Suffice it to say that this is not a concordance, but represents specific ideological readings of a set of passages that some editor strung together.  The message of avoiding interfaith marriage is clear.  That these continue to be connected to the topic of interracial marriage is problematic.

The entry for “Homosexuality” is one of the few to be updated in the current edition, signaling a very minor change.  The new entry is titled “Homosexual Behavior,” presumably following the distinction now put forward by church leaders between homosexual acts and desires.  Other than that, the entry remains the same, featuring a quite short set of references.  It includes the instance of attempted gang rape in Gen 19, as well as Isa 3:9, where the sin of Israel is compared the Sodom.  The only problem is that the nature of this sin is revealed in Isa 3:14, that is “ye have eaten up the vineyard; the spoil of the poor is in your houses.”  Namely, Isaiah identifies the sin of Sodom as abuse of the poor.  Other scriptural references to Sodom in both the Old and New Testaments show that this was a common reading of this passage in antiquity, including many that are listed in this entry that make this comparison explicitly.  The updated entry still offers Deut 23:17, translated in the KJV as “there shall be no…sodomite of the sons of Israel.”  This is a mistranslation of the Hebrew term here, which references prostitution for both females and males, not homosexual behavior per se.  The other references face similar difficulties of mistranslation, often referring to prostitution or other vaguely known sexual sins.

My desire to eliminate the Topical Guide stems from its problematic editorial decisions for identifying relevant texts to answer specific questions.  A simple concordance would certainly be a valuable study tool, provided it could connect the underlying Greek and Hebrew, rather than merely the English translation.  But, in addition to this function, the Topical Guide organizes itself around a narrow set of questions, often representing now outdated LDS teachings and tendentious scripture chains.  I cannot recommend it as a study tool for Latter-day Saints in this current form without cautioning against these serious limitations.

March 6, 2013
The 2013 Adjustments to the Book of Mormon: Accuracy Delayed
Next Post 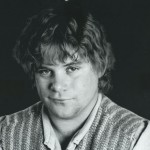 March 17, 2013 Sam Gamgee and the Relief Society
Recent Comments
0 | Leave a Comment
"As had been said, Mathew may have had multiple motivations to include the story of ..."
Joshua Fusselman Guest Post: Were the wise men ..."
""Nothing lost from the "Bible" ??????? The Epistle of Jude for instance quotes the Book ..."
Rob Can Some more on the BYUNTC and ..."
"Yep, we don't do Santa or Halloween. Guess we're "those people." But guess what: I'm ..."
Hanna Lay A couple discusses a possible alternative ..."
"you should do your research anywhere not biased against LDS people and belief, and see ..."
D. B. Unker The Book of Mormon and the ..."
Browse Our Archives
Related posts from Faith-Promoting Rumor

Latter-day Saint
The 2013 Adjustments to the Book of Mormon:...
Faith-Promoting Rumor