Why All Christians Should Care About Politics

Why All Christians Should Care About Politics August 24, 2012 Bill Blankschaen

I’m sure you’ve heard it.

It’s a common dismissive comment among Christians. Maybe even one you’ve made yourself.

“I’m just not all that in to politics.”

The comment about Christians and politics is usually accompanied by a shrug, a sympathetic smile, and a dismissive wave. “It’s just not my thing.”

As if I’ll understand. As if I’ll get it. As if I will be fine with their choosing to ignore the call of Christ to love their neighbor as themselves. 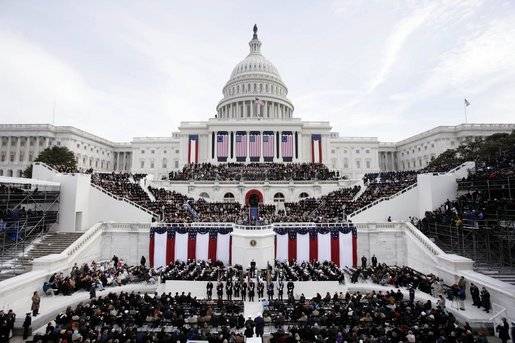 I know, we all have different passions that draw our gaze. Some people could work numbers all day — a God-reflecting exercise if there ever was one. I’d prefer to study history and theology, think, and write. I get that we’re all uniquely wired to focus on a wide array of options in God’s creativity multi-plex.

But all Christians should care about politics. Here’s why.

We get the word politics itself from the Greek root polis. Those who paid attention during their studies of Homer, Sophocles, or Plato will recall that the polis was simply the Greek city-state. It stood for the collective will or good of the citizens as a group.

Yet they got one thing right. Politics simply deals with the stuff that affects people — all of us in the polis, together as a group. And aren’t people the task to which Christ called us? In fact, often, we can’t really help people without dealing with the political issues that bind them.

To Really Help the Least of These

I saw this call of Christ to help people through the public arena of ideas and politics most clearly when I visited Mexico a few years ago. We had caravaned up into the remote mountain regions of the Baja Peninsula to migrant worker villages. We passed out clothing, Bibles, and shared some hot dogs and nachos for Christ.

And yet I felt intensely depressed. Afterwards, as I sat processing my feelings, I was overwhelmed with how little good I had actually done — like spitting into a hurricane. The people were still held captive by the political forces of socialism and corruption in their political system. As much as I’m sure they enjoyed a meal that night, they needed ideas and leadership in the polis to deal with the political issues that bound them in poverty.

How could I say I cared for them in the name of Christ, if I was not willing to engage in the arena that mattered most to their future and freedom?

So what’s stopping us?

Why Some Christians Don’t Care About Politics

This split line of reasoning tries to at once praise faith while constraining it to the private sphere. There it can be safely separated from the public square, the arena of the polis or politics. But it just doesn’t square with the the nature of God, reality, and the Great Commission.

Like it or not, we all act based on what we believe to be true, even when our actions reveal our true beliefs. The world of politics is no exception. It is not and cannot be a faith-free zone. It is always only a question of what faith will decide our public policies not if faith will affect them.

If you’re a Christ follower, do you care about politics? If not, why not? Leave a comment with a click here.

August 26, 2012 You Don't Have to Be a Christian to Cause Trouble
Recent Comments
6 Comments | Leave a Comment
Browse Our Archives
get the latest from
Evangelical
Sign up for our newsletter
POPULAR AT PATHEOS Evangelical
1