Why Paul Ryan as VP? You Win with an Energized Base

Why Paul Ryan as VP? You Win with an Energized Base August 11, 2012 Bill Blankschaen

I don’t claim to be a political expert, although I’ve followed politics ever since I could remember. I recall tracking Reagan’s win in 1980 when I was but a wee lad. I most enjoy thinking about the human behaviors and leadership patterns behind political decisions. Of course, I’m the guy who watches sports mostly to see the leadership dynamics of the team. Sorry. Can’t help it.

When I saw that Mitt Romney had chosen Paul Ryan as his VP pick, I had one thought: You win with an energized base. So how will this pick impact the base on both sides? 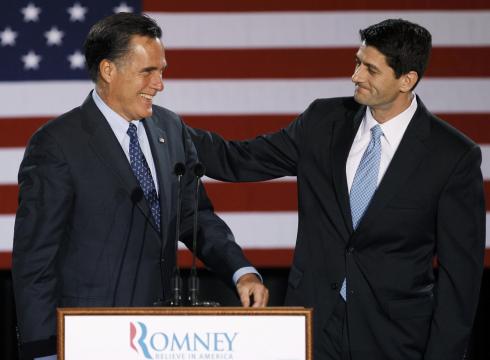 I admire Mitt Romney as a leader and have for many years. His success in business and the Utah Olympics are undeniable. As a student of leadership, I recognize and respect someone who leads well –regardless of whether I agree with them  on all issues. Hence my admiration for Clinton’s ability to lead change in many areas.

My initial concern about the selection of then Senator Barack Obama was that he would be a poor leader in over his head — without the humility to admit it. I feared that he would prove inept as the first African-American president and his failure would only fuel racial tension among racist people. My concerns seem to have been well-founded. I think many Americans are now thinking, “Mr. President, you’re a nice guy, but you’re just not getting the job done. Sorry.”

I have said for the better part of the year that barring some unforeseen national crisis, Mitt Romney wins in a mini-landslide. Romney simple gives the electorate a credible alternative, which is usually all that is needed when elections are referendums on unpopular sitting Presidents.

Picking Paul Ryan helps energize the conservative base. To this point, Republicans have already showed a sizeable lead in motivation. For some, however,  especially those associated with the Tea Party movement, I think the motivation was largely to remove the current President, not necessarily to put Governor Romney in his place. In short, they would take just about anybody — even John McCain. (Well, maybe that’s too much of a stretch, but you get the point.)

Most importantly, Romney’s decision signals to the base that he gets their concerns and is willing to act boldly on them.

And that is key.

The value of an energized base

Consider some historical patterns from a layman’s point of view:.

By picking Ryan as his VP, Romney first does no harm. Some have speculated that the Democrats will use this pick to scare seniors with threats of Ryan pushing grandma over the cliff. But they were going to do that anyways. So it hardly helps their cause much. Ryan has already been thoroughly vetted on the national stage so there will likely be no surprises.

The Ryan pick will give yet another reason for the Republican/conservative base to get active and head to the polls while forcing the issue of the economy and federal spending front and center. If the election will pivot on those issues, Romney wins — if he and Ryan can paint a positive economic plan for the future.

If anyone can do it, those two can –the turnaround artist and the guy who can make a federal budget problem make sense in sound bites:

In short, Romney’s Ryan VP pick will further energize the Republican base in a positive way while not moving the needle in the long-term on the other side of the aisle. And once the VP debate is handily won by Ryan and his blue-collar roots connect with voters in Ohio, Michigan, Pennsylvania, Iowa, and Wisconsin, it will look like a great pick indeed.

A final thought is that Ryan seems to unnerve Obama in a way that forces the President to make unforced errors. Remember the Stimulus interaction in 2009 that seemed to anger the President and the budget plan press conference to which Obama invited Ryan — only to publicly berate him? Poor leadership. Poor politics. Could one reason Romney chose Ryan be for his ability to unsettle the opponent and knock him off his game?

Momentum matters. The Ryan pick nudges Romney forward, especially in the Midwest, without giving the opponent any long-term openings to exploit.

Good choice — from a leadership perspective.

What do you think of Romney’s pick of Ryan as VP? How do you think it affects the energy of the base on either side? Feel free to leave your thoughts with a click and a comment here.

August 5, 2012
Why I'll Never Stop Singing In Your Church
Next Post

August 14, 2012 Separation of Church and State -- At a Water Park? Really?
Recent Comments
9 Comments | Leave a Comment
Browse Our Archives
get the latest from
Evangelical
Sign up for our newsletter
POPULAR AT PATHEOS Evangelical
1