Do You Know the 9 Words that Change Everything?

Do You Know the 9 Words that Change Everything? September 9, 2012 Bill Blankschaen

It’s not often you stumble upon simple truths neatly packaged. Well, maybe you hang out with smarter people than I do. Over many years of thinking, reading, and — hopefully — learning, I kept returning to 9 words representing 3 truths that seemed to change everything. 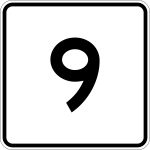 Students at the school where I led and served for a dozen years will quickly recognize these 9 words. They’ve heard them often enough. If you listen carefully, you may even hear them groaning as I write them. They’ll be quick to tell you that I packaged them neatly in a handy-dandy acrostic to make it even easier to commit these transforming truths to memory.

Ya, they’re that important.

The 9 words aren’t original to me. Not surprising since the writer of Ecclesiastes tells us that there is nothing new under the sun. I only organized them into a succinct package and humbly offer them here for your inspection.

It’s not that the words themselves serve as some magical spell that, if chanted in the key of E when the moon is full on the third Tuesday after the ides of March, will conjure up mystical diving powers. Nope. Nothing like that.

But they are deep truths with far-reaching implications for all of life. In fact, I find that the deeper I delve into these truths, the more I discover about them — rather like the mythical mines of Moria of Tolkien fame. The first passageway entered doesn’t look all that impressive. It’s rather dull actually. But the deeper I delve, the more wonders I uncover. Some ideological passageways lead to epiphanic moments, like stumbling into the breathtaking great halls of Durin. Still others awaken darker thoughts that I would prefer to avoid but must confront by faith on my own Bridge of Khazad-dum.

But enough of the literary analogies.

Here are the 9 words that change everything. I offer them as an introduction, as a conversation starter, not as a thorough treatment of the staggering implications. Each is worthy of its own post — if not its own multiple-volume series.

I warned that this was but an introduction to these 9 words that change everything.

What do you see as further implications of these 9 words, assuming, of course, that you think words have meaning at all?  I challenge you to think about them for a bit and then leave a comment here to share your thoughts so we can all grow.

September 7, 2012
Why Schools Should Get Rid of Almost All Homework
Next Post

September 10, 2012 Chicago Teachers Strike: What is the Answer?
Recent Comments
5 Comments | Leave a Comment
Browse Our Archives
get the latest from
Evangelical
Sign up for our newsletter
POPULAR AT PATHEOS Evangelical
1

What the Bible Says about Old...
Cranach
Related posts from FaithWalkers