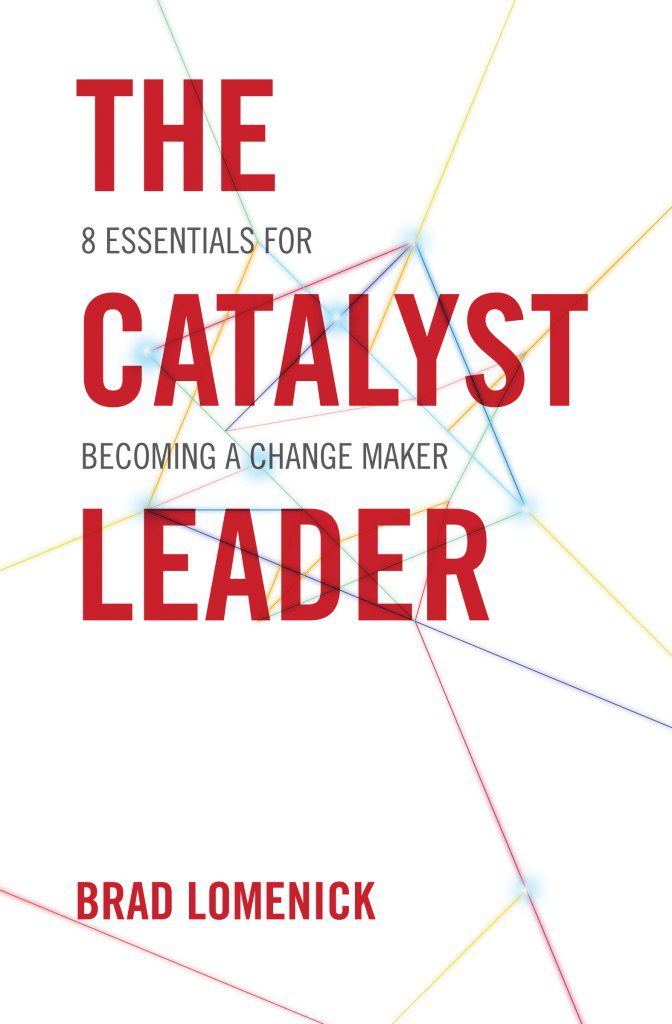 The Catalyst Leader: 8 Essentials for Becoming a Change Maker

by Brad Lomenick, CEO of Catalyst, releases this coming Tuesday, April 16, 2013, from Thomas Nelson Publishers. And I can think of no better word to describe it than what it claims to be.

In The Catalyst Leader, Brad pulls back the curtain on the inner working of Catalyst to reveal the eight essentials that have made Catalyst the premier leadership conference provider for young leaders today. But instead of some leadership wizard with a hauntingly, maniacal laugh, you’ll find a humble, incredibly hard-working leader of a passionate and gifted team of young leaders who do whatever it takes to move the cause forward – to be a catalyst.

Instead of heady leadership jargon repackaged to sell a book, Brad and his team share the day-to-day, practical stuff of which all of our leadership journeys are made. Full of authentic tales of his own journeys from shoveling manure to breakfast at the White House, Brad humbly reveals the keys to his team’s success – and what he has learned from his own failures. 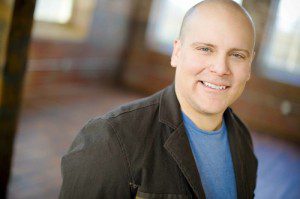 You’ll finish the final chapter feeling as if you just finished a conversation with someone genuinely comfortable with himself, a rare find in our celebrity-driven culture. I’m betting you’ll especially enjoy the time when he stripped down to – well, let’s just say that story alone is worth the price of the book right there.

You’ll chuckle, you’ll nod, you’ll wince a bit here and there as you relate to his mistakes and uncover your own. But at the end of it all, you’ll hear his heart and that of his team as they say to you, “Come on. You can do this. So grab a shovel and let us show you how to lead well. Lead now.”

The 8 Essentials of a Catalyst Leader

Those who like structure will love the considerable thought that went into the eight essentials in The Catalyst Leader. Those who enjoy research and hard data will love that Brad partnered with the Barna Research Group to probe the minds and hearts of young leaders in a “Today’s Christian Leaders” study that he references often throughout the book.

Here’s a quick survey of the eight essentials and a tiny taste of the wisdom you’ll discover in each of them:

Some of the content felt as if I were revisiting stuff I already knew. But then it hit me – I’m getting older.  Ouch. It shouldn’t surprise me to encounter good stuff I’ve encountered before. On top of that realization was fact that the mission of Catalyst is to equip the next generation of leaders.

That being said, there was still plenty for me to learn from the book as Brad offers something for everyone at all levels. For veteran leaders, his voice of experience gives a valuable perspective. For young leaders, his plentiful tips point the way. And for leaders of teams looking for a terrific resource with which to engage the leadership conversation as a team, The Catalyst Leader is the perfect tool for a retreat or an ongoing discussion.

Progress in the process creates possibilities. ~ Brad Lomenick [ Tweet this! ]

I predict The Catalyst Leader will quickly become a standard on the desks of leaders both young and old. And it will likely stay on your desk to be used often and not retired to the dusty confines of a corner shelf.

Don’t forget to grab a copy of my e-book Finding the Curve: The Secret to Explosive Personal Growth — a fun yet penetrating read, absolutely free for a limited time. Just click here.

Subscribe via e-mail in the upper right to get equipped to think, live, and lead with abundant faith.

April 13, 2013 Off to Guam with Equip Leadership!
Recent Comments
2 Comments | Leave a Comment
Browse Our Archives
get the latest from
Evangelical
Sign up for our newsletter
POPULAR AT PATHEOS Evangelical
1