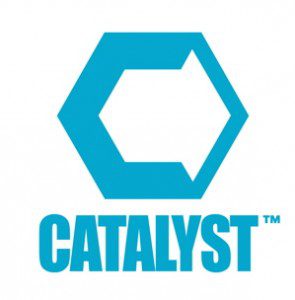 Our FaithWalkers journey continues today with Part 2 of my interview with Brad Lomenick, CEO of Catalyst on the topic of calling. If you missed Part 1, click here to start at the beginning.

Our discussion stems from his new book The Catalyst Leader: 8 Essentials for Becoming a Change Maker

, releasing this coming Tuesday, April 16, 2013 from Thomas Nelson Publishers. Look for my review of the book here tomorrow.

And now, on to Part 2 of my interview with Brad Lomenick on calling.

Brad: Yes. Definitely. There are the folks who are doctors, great surgeons in the sense that they are craftsmen or craftswomen with their hands. They’re able to do things in delicate ways. Others look at a surgery and say, “I could never do that!” Or somebody who hits a tennis ball, or plays an instrument — those are easier to discover. But somebody might say, “Well, I think I’m really good at business.” OK, well what does that mean?

And that’s where I would say, again, don’t make it harder than it is. You might be somebody who is a generalist by nature, and that’s OK. There are a lot of assignments or vocations where you could end up really tuned in to what God’s called you to do. So my advice always is – the more questions you ask and the more you know yourself, the more you have other people around you help you understand what you’re good at. Think of what you love to do, what you would do if you didn’t get paid, what were your childhood dreams, what we’re the things that when you were a child you gravitated towards, and what do you gravitate towards now?

I think it’s OK also to say that there may be things  that don’t look necessarily like a job, or like an assignment that looks like work, but they might be your calling. If you discover that and you say, “Man, I feel like I’m called to do this, but there’s really no way to get paid doing that.” That’s OK. I think there are still ways to figure out how to create an environment where you can find something that feels like a profession. That’s the thing we get hung up on so much, “Well, I’ve got to find something that pays me.” OK, well, that’s true, but that’s not always the only question we have to be asking.

What you’re saying obviously resonates with me given the faith walk I’ve been on. We’ve had to look that fear right in the face, because we all want to, and some cases need to, start with how are we going to pay the bills, how are we going to make that a profession. Connecting your chapter on calling (Ch.1) with your chapter on courage (Ch.4), how are those two connected? It seems to me that fear plays a big part in whether or not we pursue the calling, even if we think we know what it is.

Seven or eight years ago we started to try to identify some content filters for Catalyst. We originally started with the five elements of a Catalyst leader and now with this book coming out, we say the eight essentials of a Catalyst Leader. One of the ones we originally talked about in the five was this phrase “Courageous in calling.” It’s the idea that you can’t really be truly called or feel a sense that you’re pursuing your calling without courage. Those two have to go hand in hand. They’re always connected or at least almost always connected.

When there’s something that will take risk, when you’ve got to jump off the diving board, and when you pursue something that may not make sense, there’s going to have be courage involved.

That’s where I think we’ve created this world that says the only thing that my calling can connect to is a sense of vocation, or job, or work, or what I get paid at. When those line up – man, that’s a home run. If you can find the place where you’re calling lines up with a job that you get paid at great. But a lot of people don’t have that luxury.

You can’t also live in a fantasy world that says, “Just quit your job and go do something.” People are saying, “Wait a second. I have responsibilities in life that I have to steward – family, kids, and all those pieces. I think the idea of appropriate risk is really important for leaders.

Jon Acuff has coined some good phrases even with his own story. I talk about his story a little bit in the book, how he’s working at an advertising agency. He wants to jump. He feels like his calling is to go be a writer and speaker. That idea of being smart in taking appropriate risk is really important to throw into the equation, because we can’t be stupid.

We can’t necessarily take the approach that says, “Well, if we jump then God will take care of us.” I believe He will, but we also need to be smart. We need to identify all the things that go into that decision that are part of the equation.

The thing I always say is that it also depends on your season of life. So if I’m talking to a single, twenty-five-year-old who is two years out of college, the idea of jumping for them is like, “Whatever. I’m ready. Let’s go! I’m jumping.” A forty-eight year old who has three kids, who has a mortgage, and has two kids in college – the more things you add on to the list, the smarter you have to be about where you are in life.

All of which just makes it more urgent to get to people while they’re younger to help them think through these things, don’t you think?

If you remember our own story, I stepped out to follow my calling with a plan in mind and then the plan fell through a bit, through some fault of my own but also just with some organizational decisions that were made, so we’ve experienced in a real way the question of “What do you do when the bottom that you thought would be there is gone?” We’ve had to walk through that, so I’ve experienced some of the best and the worst case scenarios. All that is part of what has moved my heart to come alongside and help people figure out their calling and figure out their strengths, because I know that fear can paralyze us all.

Absolutely. I think of our education system. I’m not an opponent of the public education system and the environment we’ve created in the US, but the way we help students understand the way they’re wired is really messed up.

You basically have to determine a major, if you go to college – and how many of us when we go to college, have no idea what we’ve been wired to do? That’s the fault of our not helping students discover what they’re great at, what they’re called to, and the way they’re wired.

We’ve got a system in which people often end up finding their calling or their sense of purpose in their thirties and early forties. I agree with you. We’ve got to back that up. We’ve got to back that up to where we’re discovering and finding that out earlier in life, which will give us a better sense of the right path to be on so we can accomplish things that are significant.

It doesn’t mean it’s necessarily a bad thing for those who went through life and thought, “No, I never did really discover that sweet spot.” Is it sin? Not at all. It’s a better or best option to me. Are we in the best option passible or are we in one that’s just OK or good.

I like how you put it in your book:

Good is doing what is expected of you. It is slightly above average and requires some focus and determination to get there, but is relatively easy to achieve. Better is rising a little higher than good. It typically means that you are comparing yourself to the next one in line. But best is where you want to live. It is greatness and doesn’t mean you are better that everyone else but that you’re working to your maximum capability. (pg. 87)

This has got to be a busy time for you, Brad. Are you going on the traditional book tour with Catalyst conferences coming soon? What’s on your plate now?

Well, no book tour. I’m not doing the book tours. I mean, we’ll have it at the events coming up. Catalyst West is coming up in two weeks, then our Dallas event, then Chik-fil-A Leadercast, so it’s a busy next month.

I’m going to London right after that because we’re working on launching a London Event in 2014. That’s fun, though. It’s one of those things that our team is really excited about, even though it’s a lot of work. It’s different, and it will actually be frustrating in some cases because we don’t know that market as well yet, but it’s an exciting new venture for us.

Brad, I so appreciate your taking the time to talk. As always, keen insights shared in an authentic, humble way.

Subscribe via e-mail in the upper right to have my book review of The Catalyst Leader delivered to your in-box tomorrow, along with regular updates from FaithWalkers.

April 12, 2013 Book Review: "The Catalyst Leader" by Brad Lomenick
Recent Comments
2 Comments | Leave a Comment
"what god? you're just making stuff up"
dftysrtysrty How to Be Truly Thankful this ..."
"I do like to read the very real experiences of people and human responses and ..."
calvin smit Why I’ve Stopped Singing in Your ..."
"Genesis 35:19-2 (Jacob/Israel set up the monument for Rachel long before the bondage, exodus, Law, ..."
lynlindberg Was Jesus Born Away in a ..."
"My question concerns Jose post from • 7 years agoWhat was the origin of the ..."
lynlindberg Was Jesus Born Away in a ..."
Browse Our Archives
get the latest from
Evangelical
Sign up for our newsletter
POPULAR AT PATHEOS Evangelical
1