Why We Should Teach Ethics in Our Public Schools

Why We Should Teach Ethics in Our Public Schools June 19, 2013 Bill Blankschaen

This is a guest post by my friend Tor Constantino. He is a former journalist, has an MBA, and works in public relations where he has directly reported to several CEOs in his career. He lives near Washington, D.C. with his wife and three children. You can read his blog and follow him on Twitter. 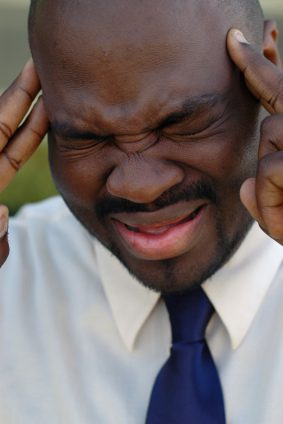 During my career, I’ve had the privilege of reporting directly to seven different CEOs at various Fortune 500 companies. One of the best was a gentleman by the name of Joseph Clayton.

In addition to being an accomplished businessman and visionary leader, Joe was – and continues to be – a devoted husband, father of five children and a Christian.

I had a chance to catch up with Joe, who retired a few years ago as a multi-multi-millionaire, and he shared with me that he was recently invited to deliver the commencement address at his alma mater.

He was specifically asked to talk about ethics in business and the fact that the students he was addressing during his speech were the first graduates from the college that could earn a degree in “business ethics.”

Joe told me that his contrarian talk mourned the fact that a graduate business school felt compelled to offer a degree in business ethics.

“It’s a sad commentary for this country, its educational system and deteriorating family structure when college students have to be taught what’s right and wrong,” he said. “Those were lessons I learned as a young child in Sunday school. If you have to learn those fundamental rules in your 20s or 30s – that’s almost too late.”

By definition, a leader is followed by others – but what are those core principles and values that are guiding the leader?

The truth is that many leaders have glaring ethical gaps that are not being addressed.

Joe’s lamentations regarding the lack of ethical grounding within our current and future leaders alludes to the following scripture:

Absent a healthy fear (i.e. respect and accountability) of God the best that secular man can aspire to are actually the basest elements of our nature.

Atheistic philosophers such as Machiavelli, Thomas Hobbes, Jean-Jacques Rousseau, John Stuart Mills and Friedrich Nietzsche each purported ethical constructs that excluded God in favor of leadership systems driven by ideas such as “the ends justify the means;” an existence driven by “natural man’s” appetites; the avoidance of pain and pursuit of pleasure at all costs; and the “will to power.”

Stripped down to their core principles, these philosophical models of leadership lack vision, aspiration and sustainability. When those “ideals” have been implemented in business or government they have devoled into the axiom that “absolute power corrupts absolutely.”

The reason for that is because such secular systems of leadership lack accountability to a higher authority or “fear of God.”

The book of Proverbs equates the “fear of God” with hating evil as well as the pursuit of wisdom – which is often described as the application of knowledge on behalf of others.

It makes sense – common sense as well as dollars and cents – that business and government leaders should hate evil, pursue wisdom and apply their knowledge helping others.

I’m not suggesting our capitalist system and representative republic are replaced with a theocracy. But I do agree with Joe, that we could do a better job building the moral character and intrinsic values within our children and future leaders.

Instead of teaching ethics only in Sunday schools and graduate business schools, perhaps all levels (e.g. elementary, middle school, high school…etc.) of learning might benefit from a bit of ethical training. Our future may depend on it.

Question: Should ethics be a mandatory part of public school curricula? Share your thoughts with a comment below. 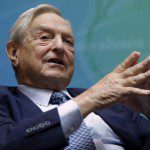 June 22, 2013 Fear of Failure: Why It's Essential to Success
Recent Comments
11 Comments | Leave a Comment
Browse Our Archives
get the latest from
Evangelical
Sign up for our newsletter
POPULAR AT PATHEOS Evangelical
1