When Hugh Hewitt first mentioned to me that he was planning to write a book on generosity,  I was not surprised. I had already begun to know him as a model for living the generous life.

So it made sense when I learned the title of his new book would be The Happiest Life: Seven Gifts, Seven Givers, and the Secret to Genuine Success

Hugh is one of those rare individuals who diligently endeavors to – and succeeds at – living out the wisdom he dispenses to others.

In short, he is one of the most intentionally happy people I have ever known.

In typical Hewitt fashion, his premise is simple: the most generous people are the happiest people. The Happiest Life reveals the 7 essential gifts that bless both the receiver and the 7 givers who are best positioned in each of our lives to give and receive them:

Not surprisingly, Hugh caps the list by acknowledging the Giver of all good gifts and why one’s relationship with God trumps all others.

A Dose of Reality

By far the most personally revealing of any of his works to date, The Happiest Life is peppered with real stories. Some hilarious, some heart-breaking, but all of them real. And each delivered with Hugh’s trademark no-nonsense style. This is life according to Hugh.

Consequently, by his own admission, The Happiest Life reads like a memoir at times, a reflection on decades of life lived in close observation of the best and worst of humanity. Some may find such introspection distracting, but it’s what many younger readers will find most appealing.

Seldom do those in influential positions pull back the curtain to share the secrets of success in such a candid fashion. Aspiring leaders are thus left to grope blindly through their formative years – and often become greatly disappointed when life doesn’t conform to expectations. The Happiest Life is a generous helping of sage advice from a guy who’s served in the trenches of reality, enjoyed the peaks and endured the valleys of the tumultuous journey. He not only lived to tell about it, but thrived through it.

Why Listen to Hugh?

For those unfamiliar with Hugh Hewitt who may be wondering why they should care about his perspective on what it takes to live a happy life, here’s the condensed version. Hugh has been very happily married to the “the fetching Mrs. Hewitt” for more than thirty years. As the proud father of three grown children, he’s now enjoying his first years as a grandparent. He’s conducted more than ten thousand interviews across a career in broadcasting in both television and radio. He hosts a daily, nationally-syndicated radio show The Hugh Hewitt Show that reaches millions each week. His blog is one of the most influential in political circles. Writer, speaker, practicing attorney, law professor, elder in his local church – the list goes one. Hugh draws from this diverse spectrum of life experiences to convey his cogent advice for living the happiest life.

Make no mistake, The Happiest Life is centered on Hugh’s faith in God – unapologetically so – but few will find it to be preachy in any way. Atheist readers might feel a bit uncomfortable at times as Hugh speaks candidly about the Giver of all good gifts. Yet even they’ll find the conclusions that flow from his faith challenging to resist and difficult to deny.

Hugh’s journey of faith is a unique one, even in Christian circles. Born to a Catholic mother and Presbyterian father, he was reared with Catholic roots and schooling, yet with Evangelical tendencies. To this day, he serves as an elder in his local Presbyterian church while continuing to regularly attend Catholic mass. Some might call him confused. But as he makes clear in The Happiest Life, one of the marks of true success is the ability to embrace what matters most: “The only things that matter in life are God, the people we bless, and those who bless us.” [ Tweet this! ]

Who Needs This Book?

Maybe you do. Candidly, Hugh is one of the happiest guys I’ve ever known. I’ve long admired his cheerful approach to life, even before I got to know him personally and discovered how genuine that generous joy is. Hugh lives what he teaches in both The Happiest Life and in his classic, companion work In, But Not Of: A Guide to Christian Ambition and the Desire to Influence the World

. Let that authenticity spur you to grab both books now.

Get a set for yourself — and one for every young adult you know. Take The Happiest Life

, mix both with an encouraging word from yourself — and you’ve got the makings of a memorably happy, highly influential person. One day, countless grateful – and extremely happy souls will thank you for it.

The Happiest Life delivers the secret to genuine success. Real is rare. When you find it, buy it. And learn from it. 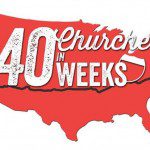 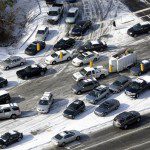 January 30, 2014 The Great Atlanta Snow Storm: Who Is to Blame?
Recent Comments
0 | Leave a Comment
Browse Our Archives
get the latest from
Evangelical
Sign up for our newsletter
POPULAR AT PATHEOS Evangelical
1