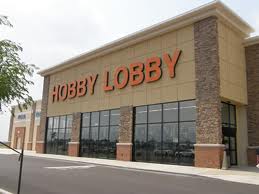 The US Supreme Court will begin hearing oral arguments today as the Green family continues its courageous stand against abortion-funding mandates in Obamacare. For those unfamiliar with the case, the (allegedly) Affordable Health Care Act requires employers to provide health insurance that includes funding for “morning after” pills. The Green family, and countless others, consider such pills to be abortion-inducing drugs. In effect then, they believe the law requires  them to pay for employees to kill their unborn children.

They have refused to blindly comply. They have chosen to see.

Evil does not begin in gas ovens. It begins, more often than not, processed in triplicate. ~ Hannah Arendt [ Tweet this! ]

Steven Garber has written a cogent and insightful book, just released this month, entitled Visions of Vocation: Common Grace for the Common Good

. In a powerful chapter, he unpacks what it means to truly see, to take responsibility for the world around us and how we respond to injustice in it.

He shares the true story of Adolph Eichmann, “the Nazi official given primary responsibility by Hitler to answer ‘the Jewish Question.'” What fascinated me most — was that when Eichmann finally stood trial in 1962, his sincere defense was that he never actually killed any Jews. He merely did his duty. He repeatedly stressed that he not only did his duty — he followed the law. How could anyone, he seemed to think,  possibly find fault with one who complied with the law of the land?

Journalist and philosopher Hannah Arendt observed the trial and recorded this thought: Eichmann was guilty of failing to see, of failing to stop and think through the implications of his blind obedience:

He merely, to put the matter colloquially, never realized what he was doing…. It was sheer thoughtlessness — something by no means identical with stupidity — that predisposed him to become one of the greatest criminals of that period.

Hobby Lobby chooses to see. That is why they and others stand before the Supreme Court today. Rather than offering what Eichmann claimed as his defense — Kadavergehorsam (literally, the “obedience of corpses”) — they choose to take responsibility for their actions.

And courageously face the consequences. 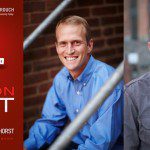 February 28, 2014
Mission Drift: The New Book about Solving the Old Crisis
Next Post 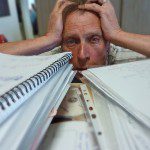 April 10, 2014 Why We Need Rest: More Than the Work We Do
Recent Comments
0 | Leave a Comment
Browse Our Archives
get the latest from
Evangelical
Sign up for our newsletter
POPULAR AT PATHEOS Evangelical
1