The Marriage Pledge: Why You Should Not Sign It

The Marriage Pledge: Why You Should Not Sign It November 21, 2014 Bill Blankschaen

I am pleased to feature a guest post today from my friend P. Andrew Sandlin, President of The Center for Cultural Leadership.

First Things (FT) has launched a crusade to get pastors out of the marriage-ceremony-performing business, or, as they would no doubt prefer, out of the business of government-sanctioned marriage-ceremony performance. The problem for The Marriage Pledge they are pushing is that these two practices are identical. 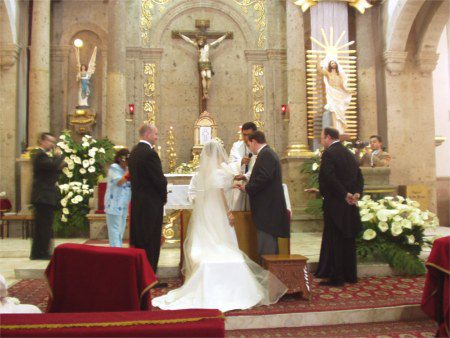 A Dispute among Allies

First Things (FT) is one of our allies in the culture wars. And don’t shy away from that moniker. When one group in society wants to redefine the very basic idea of marriage understood over the entire history of humanity, and when it has the political wherewithal to do it, and another group opposes them to the hilt, culture war is the most apt description of the dispute. By our allies in this war, I mean us neo-Reformational culture warriors, who believe all of life should be governed by the Bible. Our FT allies want what we want: a Christian culture in general and Christian marriage (= marriage) in particular. But their battle strategies are sometimes not ours, and there’s a theological reason for this, and the dueling strategies springing from different theologies aren’t inconsequential.

FT is a conservative ecumenical coalition that includes both Christians and Jews, but is guided by Catholic social thought. R. R. Reno, the magazine’s gifted, dynamic editor, is a convert to Rome. So was its founding editor, Richard John Neuhaus. Anybody who’s read FT over the years can attest to the predominantly, though not exclusively, Catholic tenor of its social criticism. The Marriage Pledge is a striking example.

Natural Law, the State, and Marriage

Which is why it’s odd that, as the Daily Caller headlines, “Prominent Protestant Pastors Vow To No Longer Perform Government Marriages.” The Marriage Pledge is an understandable and natural strategy for Catholic clergy in the present unprecedented crisis. Why? Catholic social criticism is anchored in its centuries-old paradigm of the nature-grace distinction. This is the distinctively Catholic idea that in nature (creation) God provides for man’s direction in abundant ways quite apart from any supernatural revelation. This is “natural law,” a subcategory of “natural theology,” a theology without Jesus or the Bible that everybody can or should agree to, Christian or not. Grace, including salvation in the atoning work of Jesus Christ and in God’s revelation in the Bible, is the capstone to nature. Nature is the foundation, and grace is the superstructure. Man (sinful man, of course) is not made to live fully without grace, but he can live, and live quite well, within nature apart from special revelation. In fact, nature is the natural [!] preparation for grace. Society is the realm of nature, and all people of good will, saint and sinner, can agree on the basics of God’s revealed law in creation.

Only they don’t. And the rub comes when it’s obvious that they don’t, when they start saying outrageous things like it’s the most natural thing in the world for a man to want to marry a man, and a woman a woman. No true Christian would dream of saying such a thing, naturally.

But the state isn’t Christian. Isn’t supposed to be. It may be Christian only in the tangential sense that the church might “sacramentalize” the state by being in contact with it, by bringing its citizens into the bosom of the church, where they’ll get the Christian grace. There they can be Christians, and being Christians, they might influence the state for broadly Christian ideals, but the state is the realm of nature, not grace.

The Reformation, the State, and Marriage

The Protestant Reformers created a trajectory that opposes this distinction. Their heirs, especially the Puritans and later the neo-Reformers, knew that all of life must be Christian, and to be Christian, it must be biblical. The Bible provides the guidelines on what all of life, including the state, should look like. If the state is anti-biblical, you need to work to make it biblical, just as you would do in the family and church. You don’t get to opt out of them.

But not necessarily if you hold the nature-grace distinction. It’s the church that’s the repository of grace, truly Christian, and if the state utterly abandons natural law (as in: men may marry men), Christian marriage can survive in the place that’s really Christian, the church. Maybe even our clergy will perform marriages recognized only in the church. They’ll even take The Marriage Pledge to keep the Christian, grace-oriented clergy from collaborating with the anti-Christian, nature-oriented state.

But this option of cultural withdrawal isn’t available to the neo-Reformers. Douglas Wilson has offered several excellent practical, pastoral objections to The Marriage Pledge. I would add that The Marriage Pledge is flawed at its root.

The state, no matter how perverse, has a vested interest in marriage (will the church enforce disposition of children and property in the case of divorce? Hardly. And if she did, who would enforce the enforcement?). Should the church “disentangle” itself from the family since the family, too, is being redefined? To be sure: the state can and does act unjustly (“no-fault divorce,” etc.). But the alternative isn’t anarchy, which despite its best intentions, is what The MArriage Pledge is suggesting. The state, even an apostate one, has a legitimate vested interest in marriage and the welfare of children springing from it.

The Marriage Pledge states: “We will preside only at those weddings that seek to establish a Christian marriage in accord with the principles ­articulated and lived out from the beginning of the Church’s life.” But marriage did not begin with the church’s life, and severing the state from marriage does not “protect” it from state depredation; it only abandons the state to further apostasy and abandons the couple to potential grief when they do in fact need the state. Marriage is a creation ordinance redeemed by Jesus Christ, but married Muslims are still married. Marriage is a Christian institution, but not a distinctively Christian institution. It is a biblical institution that predates the Christian Faith.

The Puritans went so far as to believe that marriage was a civil and not an ecclesiastical affair, and cut the church off entirely from the marriage covenant-making. I think that in this move they overreacted (as in a few other matters), but at least they understood that marriage is an inextricably civil institution that predates Christianity. Note that to be pre-redemptive is not to be pre-biblical. God’s verbal revelation predated the Fall, and while all Christianity should be biblical, God’s verbal revelation spans creation to consummation. God’s verbal (and now written) revelation must govern all of life — not just the church, but marriage and the family and the state also.

Marriage Ceremonies in the Bible

Therefore, Protestants want the Bible to shape our views of marriage, but, notably, no marriage ceremony in the Bible ever occurred in the church or by clergy. They were family arrangements recognized by the state. Jesus sanctioned such a wedding by attending it. I’m not suggesting church ceremonies are contra-biblical, only that they have no obvious biblical precedent. Marriage is principally a family function recognized and enforced by the state.

A wedding is not identical to a ceremony. A wedding (marriage) is a man and woman vowing before God to lifelong love and exclusivity from all others. What makes a marriage different from exclusive cohabitation is a public vow. It is this public vow in which the state has particular interest. Strictly speaking, an officiant is not even necessary to the ceremony, much less a “church wedding.” The vow and witnesses and means of enforcing the vow are the key elements. Only the state can do the latter on matters of coercion (disposition of children and property, for example).

It’s entirely appropriate, however, that Christians should be married in the church because this is a holy community to whom they are accountable. But it’s not the church qua church that witnesses a wedding vow. It’s individual witnesses, many (though rarely all) of whom are Christians. The state recognizes this covenant vow. When the minister signs the state-generated marriage certificate, he’s implicitly serving as the attesting witness for the state. The state is an implicit witness to every marriage, because the state must be very interested in every marriage — even if it egregiously allows unions to be called marriage that are not.

And if you don’t like what the state is doing about marriage (and you shouldn’t), work to change it. What you may not do is rip away the only God-granted coercive protection (Rom. 13) that marriages have in the case of abuse, abandonment, and divorce. The church can and should do lots of things to protect a marriage — but not everything.

If all that these ministers signing The Marriage Pledge want to do, therefore, is lead a church ceremony that recognizes a wedding, that’s a grand idea.

If you believe in the Catholic nature-grace distinction, or if you believe that marriage is a sacrament of the church, rather than a covenant before God between two people to whom Christians (in the church) and also the state are essential witnesses, you might want to sign The Marriage Pledge.

Have you subscribed to FaithWalkers email updates? Click here to sign up to get regular updates to grow your faith. 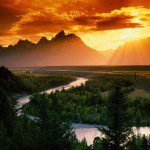 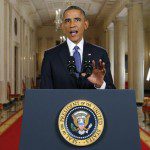 November 22, 2014 Obama's Executive Immigration Action: Why I Oppose It
Recent Comments
0 | Leave a Comment
Browse Our Archives
get the latest from
Evangelical
Sign up for our newsletter
POPULAR AT PATHEOS Evangelical
1