For the 21 Christians Murdered by ISIS : A Moving Tribute [Video]

For the 21 Christians Murdered by ISIS : A Moving Tribute [Video] February 19, 2015 Bill Blankschaen

My friend Dr. Brian Mattson of Dead Reckoning TV along with Jay Friesen has delivered one of the most moving tributes to the Jewish and Christian victims of ISIS entitled “We Will Not Be Lost:”

We are deeply disturbed by our political leadership’s inability to name this enemy, but we are even more disturbed by its inability to name its victims. The Jewish dead in Paris were called by our President “a bunch of folks in a deli.” The twenty-one Christian martyrs were called by our President “Egyptian citizens.” To borrow one of his familiar phrases, let me be clear: These were Jews and they were Christians. They were targeted and murdered, not because they frequented a deli, not because they lived in Egypt. They were murdered for their faith.

Watch all of the 7-minute moving tribute to the murdered that Brian names who were labeled by ISIS as “followers of the cross.”   Share with your children. Share with friends and family. Share with anyone who cares about protecting the freedom to share anything at all. 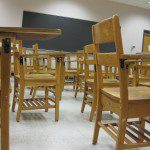 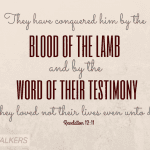 February 27, 2015 ISIS and Left-Behind Christians: A BIG Difference
Recent Comments
0 | Leave a Comment
Browse Our Archives
get the latest from
Evangelical
Sign up for our newsletter
POPULAR AT PATHEOS Evangelical
1