Presumptive GOP presidential nominee and former Massachusetts governor Mitt Romney offered the 2012 commencement speech at Liberty University, an evangelical university founded by Rev. Jerry Falwell. Although media focus remains and public discussion continues on same-gender marriage*, there is a larger issue that remains overlooked. Why government is caught in the middle of the marriage debate. If marriage is a sacrament or a religious matter, then how can a nation with a fundamental principle that includes the separation of church and state be involved in the debate?

Clergy can solemnize a same-gender union now without having the legal authority to do it in states that oppose it. It would be a religious matter in which the state could not interfere. Although a state may legally allow same-gender marriage, clergy also can refuse to solemnize the union. There is no legal consequence for refusing to religiously marry a same-gender couple that is legally permitted in the state. Absent from the discussion, or at the very least not highlighted enough, is the reality that marriage has become both a secular and religious term.

Those who support marriage equality hear “secular legal rights.” Those who support traditional marriage hear “government’s redefinition of traditional marriage as defined by scripture.”  Why are clergy permitted and encouraged to be both agents of the state and representatives of their church solemnizing a union? If the state or federal governments had done their job competently then everyone (gay or straight) seeking to have legal rights as a couple should be getting a civil union. If the couple sought to be “married” in a religious context then they should seek out a priest, rabbi, mullah, or other clergy person willing to solemnize the act. Government’s role is to ensure that everyone has equal rights, not be dragged into contentious religious and theological disagreements.

Governor Romney told the audience at Liberty University that “Marriage is a relationship between one man and one woman.” He reiterated the widely held view that marriage is a religious institution. In addition to his previous remarks about support for a constitutional amendment, he indirectly underscored that government should be involved in a matter that he himself identified as religious one. It underscores both the radically different role social conservatives see for government today than their counterparts like Barry Goldwater 60 years ago.

By allowing this issue to be defined in a religious context Governor Romney unwittingly weighs in on an issue where Christian leaders have different views. It’s one thing to be personally opposed to same-gender marriage from a scriptural perspective, but quite another to publicly oppose it on religious grounds as the potential next president thus blurring the much needed church-state distinction.

In May, President Obama expressed a personal view in supporting same-gender marriage grounded in part on his Christian understanding. He has attempted to shape the issue, somewhat clumsily, from a perspective of secular law and equal rights. The President has identified how he evolved on the issue from opponent, to re-thinking the matter, to supporter today understood influenced by faith and more secular elements like a willingness to die for one’s country, but unable to marry.

Unintentionally, both the President and Governor Romney have muddied the issue. It would better serve the President to underscore that his understanding of marriage today is in a secular, legal context not a religious one. The Governor may wish to stay clear of religious references since it puts him at odds with other Christians. Government should be as religiously-neutral as possible.

Marriage is now interchanged as a sacrament by opponents of marriage equality and a civil or human right by those seeking a broader definition. Although a sacrament and legal guarantee are very different, it is unfortunate that opponents and proponents have not clearly identified the much needed distinction. It has created needless friction among Americans no matter their faith, ideology, or political affiliation.

*The term “same-sex” marriage has added confusion to the national discussion. The phrase re-enforces for many people that they are being asked to accept a “life style” choice that is physically-based. A “life-style” choice is widely perceived as devoid of genuine relationship value. These relationships are seen as absent emotional and spiritual qualities. Although the term “same-gender” marriage is somewhat awkward and does not properly represent the nature of the union or relationship, it may better clarify what is meant or perhaps further expand the discussion.

Things Christians Think and Do Not...
Honest to God
Related posts from Faith With Wisdom 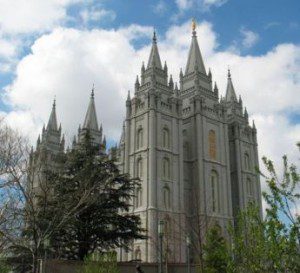 Progressive Christian
Beyond the Mormon "Cult" Controversy
Faith With Wisdom 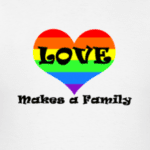 Progressive Christian
Too Blasé for Love
Faith With Wisdom