The “New Legalism” Gets Some Things Right

The “New Legalism” Gets Some Things Right May 2, 2013 The Editors

On the Acton Blog, Anthony Bradley argues that “radical” or “missional” Christianity, of the kind proposed by David Platt, is the new form of legalism. By telling people that an ordinary, normal life of loving God in the everyday isn’t enough, the new “radicals” are causing people to burn out and leave the church. He writes:

I continue to be amazed by the number of youth and youth adults who are stressed and burnt out from the regular shaming and feelings of inadequacy if they happen to not being doing something unique and special. Today’s Millennial generation is being fed the message that if they don’t do something extraordinary in this life they are wasting their gifts and potential. The sad result is that many young adults feel ashamed if they “settle” into ordinary jobs, get married early and start families, live in small towns, or as 1 Thess 4:11 says, “aspire to live quietly, and to mind [their] affairs, and to work with [their] hands.” For too many Millennials their greatest fear in this life is being an ordinary person with a non-glamorous job, living in the suburbs, and having nothing spectacular to boast about.

Read the whole thing; this is a helpful counterpoint to some themes that we editors hold dear. The conclusion of his piece about recovering vocation suggests that we should acknowledge that we are addressing a creative elite when we’re urging some forms of cultural resistance. Perhaps not everyone is called to the avant garde.

Yet some forms of cultural resistance should be universal, because some aspects of “normal” life in America are deeply unChristian. Bradley laments that “anti-suburban Christianity” has lead to this kind of legalism. But there are some things deeply unChristian, and deeply counter to even natural virtue, in the suburbs. Will Seath does a good job of laying those out in his article from the winter edition of Fare Forward. Bradley suggests that the anti-suburban Christians advocate for urbanism at the expense of the suburbs. But, as the buzz around Rod Dreher’s latest book on moving home, a lot of the anti-suburban sentiment comes from people who support small town living just as much as from those who support city living. And the thing that unites the city and the country against the suburbs is the belief that the suburbs are not, as a matter of fact, ordinary, natural life, but a strange artificial construct that hinders ordinary live and ordinary relationships (see Seath for more).

Bradley links a lot of the new legalism back to a form of narcissism. There’s no doubt that there’s a large narcissistic appeal of being special and unique, a radical Christian doing radical things. Narcissism on the part of “missional Christianity” should be resisted as much as the ever-present danger of narcissism in ordinary life should be. But that doesn’t change the fact that the radicals are reacting against some very real ways in which American Christians have assimilated unhealthily into American culture.  There’s ordinary, and then there’s total capitulation to contemporary American norms. The two need to be distinguishing, and distinguishing them is an important work for the church in coming years. 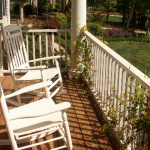 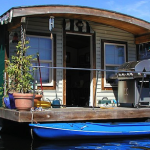 May 3, 2013 Should We Buy Houses?
Recent Comments
10 Comments | Leave a Comment
"bla bla bla. old or not. still works.no, wait. metaphysical pluralism still rules"
Sandro Wisdom Vasconcellos What We Are: Mind, Body, and ..."
"Soul is not matter. It is beyond the physical realms, It is at quantum mechanics ..."
Sandro Wisdom Vasconcellos What We Are: Mind, Body, and ..."
"This is yet another article that derails discussion of spiritual abuse into other very important, ..."
istavnit Overemphasizing Spiritual Abuse?
"I'm very interested in the matter of secularization; do you have other book suggestions along ..."
Luke Breuer Reading Recommendation: The Secular Revolution
Browse Our Archives
get the latest from
Evangelical
Sign up for our newsletter
POPULAR AT PATHEOS Evangelical
1