The Idolatry of Breaking Bad 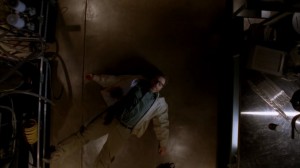 The empire has fallen. All that remains of our Ozymandias is a broken, bloodied body – infected with cancer but finally killed by a bullet wound. The story, after its climax at the confrontation of anti-hero and hero, has winded down slowly, but satisfyingly, through its denouement to its final conclusion last night. The question remains: will Walter’s story be for naught, gradually forgotten as we fill our evenings with the next smash serial, or we have been changed for our having heard it? Let us assume, as it should be clear, that Walter’s story is a cautionary tale about breaking bad or becoming evil. What, then, caused his moral demise? What started this chain?

Much ink has been spilled about Walter’s pride. He admitted – finally! – to Skyler on the last day of his life that he did what he did not merely for his family, but because he liked it. An empire is an empire, and it feels good to rule. It feels good to be great. Hubris, that classical sin, seems an appropriate answer in this 5 act tragedy whose curtain has closed. As Proverbs taught us, “Pride goeth before a fall.” So Walter has fallen.

But remember that scared little man, stuck in whitey-tighties in the middle of a desert coughing up blood, with a mortgage to pay off and kids thinking of college? Fear must have played some role, too. And all his calculations – how much he needed, how much time he had – they were devoted to figuring out just how much money his family would need once he was gone, once he could provide no more. There was some love – twisted love – no doubt, that drove his deeds. Vince Gilligan didn’t create a caricature, but a complex character, whose overlapping motivations and flaws will be impossible to distill out. There’s one flaw – sometimes strength – that requires additional attention.

Walter spent his final moments, accomplishing the task he sought from the beginning: taking care of his family. He’s finally figured out a way to get his millions to Walter Jr., not just laundering it but ensuring that his son will actually accept the money he doesn’t know is from his father. He’s revenges Hank’s death and kills the gang that still poses a threat to his wife and children. (Though arguably, it may have been because he wanted his brand and product to die with him.)

Walt, despite all of his flaws, is most motivated by a singular purpose: protecting his family. This best is explained by a word I’d never really heard until I converted to Christianity: idolatry. Idolatry means worshipping created things above the creator – in other words loving anything more than God himself. So choosing to protect or love something – one’s job, one’s family, one’s status, or one’s possessions – at the expense of serving God by doing what is right or good or true will always lead us astray.

Walter’s idolatry toward his family motivates him to his first shady deed – cooking meth for money – and that pushes his moral inertia toward evil. How could one forget the pros and cons list for killing Crazy 8 in season 1? Under “Let Him Live,” we see Walter outline, “It’s the moral thing to do, Judeo/Christian principles, you are NOT a murderer, sanctity of life” and in the other column, there is a single line: “He will murder you and your entire family.” This devotion to family is why he forgives Skyler her adultery, why he wears his wedding ring around his neck when his fingers grow to thin to hold it, why his empire falls not when he quits, but when Hank dies.

Augustine called sin “disordered desire” to indicate that the problem is not what we desire, but degrees to which we value these things. It’s not wrong to want to protect one’s family, it’s not wrong to want to be great at what you do. But it is wrong when you value those things more than you value God, more than you value doing what is right. This idolatry – a complete and utter devotion to protecting his family – combined with a blinding pride that prevented him from seeing what they really wanted as well as pushing him to take unnecessary risks, is what eventually tore his family apart.

Walter’s talents – harnessed to serve himself and his family instead of being employed for God and the good – are what bring about the dissolution of his family: his brother-in-law dead, his house boarded up, his wife and son hating him. So it happens when we love creation more than the Creator: we cling to them so tightly that they quickly crumble through our fingers. Our tragedy has come to its appropriate conclusion. The last question remains: how will you ensure that you don’t break bad yourself? 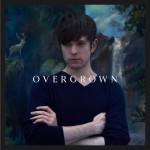 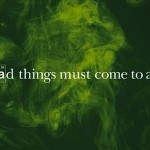 October 1, 2013 Is the Breaking Bad Finale Too Neat?
Recent Comments
0 | Leave a Comment
Browse Our Archives
get the latest from
Evangelical
Sign up for our newsletter
POPULAR AT PATHEOS Evangelical
1