On the recommendation of a friend, I recently read through J. Gresham Machen’s Christianity and Liberalism. As one who will soon be attending a more left-leaning divinity school, I thought that going back to the Fundamentalist/Modernist controversy might be a good means of understanding that into which I will soon be stepping. While I think Machen’s work is quite prescient in its nature, I often found myself frustrated with him.

For the past year and a half, I have been discussing the nature of Protestantism and the Reformation with the friend who recommended the book to me. My friend, who studies at a more evangelical seminary, noted his frustration at the “highly rationalistic/scientific” nature of Reformed theology, specifically their epistemology. I, myself, had also wrestled with this problem, albeit in a more dramatic and combative way than he. Eventually, we both ended up in a similar place, noting the importance of the thought found in the Magisterial Reformation and its continuity with previous thinkers like Aquinas. We both saw ourselves as moving toward a more traditionally reformed place.

I began to mention to my friend my reactions to Machen’s work. I mentioned to him that Machen’s work measures up to the credit it deserves if only because of his ability to note the “liberal”/Modernist arguments, many of which have been accepted wholesale by mainline congregations. At the same time, I was quite disappointed with Machen’s responses to these arguments, as he falls into the “apologetical” problem. Put more clearly, Machen appears to respond to the problems on their own terms with a more “scientific” approach. Machen rarely mentions the creeds, and does not mention any of the Church Fathers or draw from the deep, historical riches of the Western Christian tradition.

I think Machen’s response to these arguments demonstrates a deeper, more fundamental problem in the evangelical approach toward theology and philosophy. This problem can be seen in most corners of our evangelical world, be it attempts at crafting new seminary curricula or an interview with noted Catholic icon, Robby P. George. We have a problem knowing how to handle revelation outside of the Scriptures.

I should be careful in how I state this; in no way do I mean to suggest that evangelicals are lacking in some sort of charismatic, spirit-received extra-biblical doctrine. Rather, we evangelicals are uncomfortable with philosophy and the revelation of God through nature. Perhaps this uncomfortability stems from our means of interpreting Romans 9 (as the Mohler interview seems to indicate). As my friend and I have discussed, it is more likely that this problem lies within the concept of “worldviews.”

Much of the literature concerning worldview stems from a “presuppositionalist” background. This understanding claims that worldviews are in combat with each other, and each of these worldviews stem from different, fundamentally held first principles. These first principles, many of which may be chosen for anti-rational or supra-rational reasons, guide the way in which we view the world. In a sense, they serve as “pre-judgments,” or a pair of goggles that color the way in which we think and view the world.

My friend and I have begun to think that the evangelical acceptance of “worldviews” came from Kant, the thinker who did away with the philosophical basis for belief in God through his treatment of the arguments for God’s existence. As Alasdair MacIntyre explains, Kant was vital in framing philosophical “debate in terms of a confrontation between incompatible and incommensurable moral premises and moral commitment as the expression of a criterionless choice between such premises, a type of choice for which no rational justification may be given.” By framing debate in this way, rational and explainable bases for our belief became passé; we cannot provide a true account for why we hold our “worldview.”

With this understanding of worldview, we have effectively separated the unity of theology and philosophy. This move is distinctively modern and concedes a good bit to the Enlightenment. Furthermore, this separation has removed the evangelical faith from its continuity with the ancient, medieval, and early reformed church. When left with this skepticism, the “worldview” must find its acceptance in more empirical, scientific sources, rather than the “speculative” theological and philosophical inquiry that is so beautifully articulated, for instance, by St. Bonaventure in his Itenerarium Mentis in Deum.

With this focus on worldviews, projects like Machen’s will never be able to succeed, for they have already conceded the argument to the “liberalist”/Modernist side by beginning from the same starting point of knowing God. “Theology” in and of itself will never be able to give a complete articulation of the Christian faith. Rather, a unified knowledge of God as demonstrated through theological and philosophical inquiry must serve as the foundation of our Christian thought if we are to hold firm to the faith of the Church Fathers, both Catholic and reformed. By standing in continuity with the Western Christian Tradition, we can more fundamentally address the problems facing our churches and fully reject the anti-rational “liberal”/Modern thought that has pervaded today’s Christian landscape.

May 27, 2014 Moral Experimentation and the Tree of Life
Recent Comments
1 Comment | Leave a Comment
"bla bla bla. old or not. still works.no, wait. metaphysical pluralism still rules"
Sandro Wisdom Vasconcellos What We Are: Mind, Body, and ..."
"Soul is not matter. It is beyond the physical realms, It is at quantum mechanics ..."
Sandro Wisdom Vasconcellos What We Are: Mind, Body, and ..."
"This is yet another article that derails discussion of spiritual abuse into other very important, ..."
istavnit Overemphasizing Spiritual Abuse?
"I'm very interested in the matter of secularization; do you have other book suggestions along ..."
Luke Breuer Reading Recommendation: The Secular Revolution
Browse Our Archives
Follow Us! 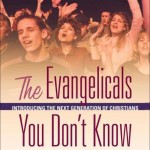 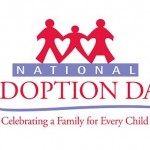 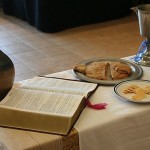 SBL Hosts #BlackScholarsMatter Symposium Online (August 12-13, 2020)
Recently SBL posted the following about a *Free* symposium on the topic...
view all Evangelical blogs
What Are Your Thoughts?leave a comment
Copyright 2008-2020, Patheos. All rights reserved.