I Voted For Trump and Don’t Regret It

I Voted For Trump and Don’t Regret It January 25, 2018 Brenda Renee Coats 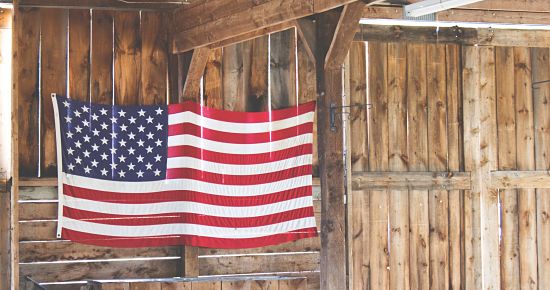 Christians who voted for Donald Trump have portions of the nation and certainly the media befuddled. I thought the befuddlement would pass as time went on after the election. But alas, the conversation centered around why anyone would vote for Trump may never end. So in an attempt to clear the muddy waters, allow me to explain, from my point of view at least, why anyone, especially a Christian, would vote for Donald Trump.

First, as a follower of Jesus Christ, I am not commanded to hire a fellow follower of Jesus Christ to complete a job for me. When I order a burger, I do not grill the boy behind the cash register about his religion or moral ethics. I simply tell him I’d like a Big Mac, trusting he can probably get the job done. Granted, burger flipping is not as serious as leading a country. But say it’s lawyers, accountants, and doctors I need to hire. I consider those serious professions, but I’ve hired some who were not Christians to work for me and the job turned out well.

Some of the worst doctors I’ve hired were Christians. Some of the best as well. So the application is that a man or woman does not have to follow Christ in order to understand how a country was founded, how a country should be run, and then go forth and run it accordingly. What I look for in a candidate running for President is whether he can convince me, a member of his party, that he will fight for my political values.

Second, Christians value all life, even (especially) life in the womb. Abortion is a moral issue that has become political, so we have no choice but to fight for the abolition of it, in part, legislatively. We want someone in the White House who will fight for the innocent, and the candidate we vote for does not necessarily have to love Jesus in order to cherish and stand up for life. If we are convinced this issue is even half as important to the candidate as it is to us, and the other candidates are clearly bloodthirsty money grabbers, the pro-lifer wins our vote, hands down.

Trump has, just within the first year of his presidency, defunded Planned Parenthood and elected a pro-life judge. Do we regret our vote even though Trump is vulgar, with a history of sexual promiscuity? No. We are grateful God has raised up a leader who will fight for the innocent, though if we had our druthers, we would elect someone who both cherishes life and has the reputation of a consistently chaste life.

Clearly, we can’t have it all. To that, I say welcome to living in an imperfect world, where everyone is deeply flawed and depraved, but where God chooses to use them anyway.

The king’s heart is in the hand of the Lord, like the rivers of water; He turns it wherever He wishes. (Psalm 21:1)

As a Christian, I believe God uses His own and those in rebellion toward Him to accomplish His purposes. Whoever is “king” is under the sovereign will of God, whether wittingly or unwittingly. And the idea that one must be perfect in every way to work as POTUS is prideful, arrogant, and unrealistic.

King David was an adulterer and murderer. Noah was a drunk. Rahab was a prostitute. Moses stuttered. We could go on. But God used all of them. Trump’s obvious sin problems are indeed problems. But they don’t negate the fact that he is a willing fighter in battles Obama either started or ignored, and many more that have nothing to do with Obama, but nonetheless plague our nation.

Third, Christians tend to value their military men and women and the service they provide, and we want a leader who will do the same. After eight years of seeing our military power and personnel dwindle substantially, we recognize the need to beef it up. We are not concerned about being so inclusive that we no longer are willing to address the dangers abroad and at home. September 11th still smarts, and when our country continues to be terrorized in both large and small scale ways since 9/11 (San Bernadino, Boston Marathon, and many others), we believe part of the solution is to man up, gear up, and be alert and play offense, as opposed to being passive, lackadaisical, and supportive of the enemy at hand.

Fourth, number three goes for criminal incidences committed by our own countrymen and women, whether that be in the form of terrorism, rape, domestic violence, or any violent crimes committed against our own. We want someone to crack down on all violence, while protecting our rights to protect ourselves and our families. Which brings me to the next point:

Fifth: Many Christians want the Second Amendment to be upheld. If a terrorist, foreign or domestic, chooses to open fire in a place we are sovereignly visiting, we want to exercise our Second Amendment rights and fire back. We appreciate our police and the work they do, but when our heads are being shot at, or our person is otherwise in grave danger, we don’t have the five minutes it takes for them to arrive — or even five seconds to grab our phone, plus another minute to call 911. Some circumstances call us to be our own officer. Not only to protect our own skin, but the skins of others.

Additionally, we want the ability to protect ourselves from the government, which is what the Second Amendment, in part, was intended to accomplish. As Thomas Jefferson once wrote James Madison in a 1787 letter:

What country can preserve its liberties if their rulers are not warned from time to time that their people preserve the spirit of resistance? Let them take arms.

Sixth: Religious liberty is important to us. We want people of all religions to be able to worship as they see fit, so long as that “worship” does not result in  violations of our laws. We’ve seen killing sprees from professing Christians. We’ve seen them from Muslims. We’ve seen them from atheists. No religion or belief system is completely free of radicals. We want Trump to crack down on all murderous radicals, while at the same time ensuring the Second Amendment is protected. Protecting a country from terrorists by taking away the power of citizens to resist is folly. Protecting a country by thoroughly punishing criminals in ways that motivate other criminals to not act out their evil plots is wisdom.

Whether Trump is a true Christian is not something we can know. But he’s sympathetic to people of all religions, while demanding they be law abiding citizens. Is he more sympathetic to the Christian agenda than any other? It would seem so. But if that angers you, it’s because he’s not more sympathetic to your agenda. Truth is, if he claimed to support your hot topics, and you were convinced he’d deliver, you’d vote for him in spite of his at times morally bankrupt record. You proved that when you voted for Hillary.

Christians who voted for Trump did so because they were either certain or hopeful he would deliver in more superior ways than Hillary. It was a risk. Most of them wanted a different candidate, but alas, not all conservatives are Christian. As a result, our favorite candidates were not put on the Presidential ballot. At which point we were left with two realistic options, and we chose the candidate who promised more of what we felt was needed to avoid perishing.

The Christians who did not vote for Trump? I don’t know. I can’t speak for them. But it’s at least possible some wanted more of a Pastor, rather than a President. And a perfect Pastor at that. The hearts of those Christians are good. They want what is best for our country. But I disagree with them when it comes to whether one should vote for the lesser of two evils or third party, knowing the third party candidate will lose. Voting third party is equal to not casting a vote. The only way I would ever vote third party is if the ballot listed Hillary … and Hillary’s twin. Or the equivalent of both.

Though some Christians feel evil twins is indeed what we were given to work with, it wasn’t. We had Trump. And we had Hillary. Two very different people with opposing political views. I chose the lesser of two evils, and though I’m not one hundred percent satisfied with the outcome (as of today), I can look back on the last year and say thank you to God for protecting us from more abortion, more Supreme Court members who do not value life and other Constitutional rights, and a further weakening military and our ability to bear arms. Though this list is not all inclusive of what Trump has accomplished, it’s a good start, and we are only finished with his first year.

These victories we’ve seen have been accomplished through a brash jerk who through most of his life hasn’t been able to keep his pecker in his pocket. Got it. He’s an awful sinner. So am I. So are you. True, neither of us are running for President. But good luck finding a Presidential candidate who has kept the Law on all points. I speak of the Law of God, but name your law, and you’ll find nobody has perfectly kept it. You want a candidate who keeps the law of homosexual “rights”? Hillary promised during her Presidential campaign to do just that, but in 2000, she sinned against it. Who would you believe? Hillary of 2000, or Hillary of 2016?

If you say “Well, people change”, great. Awesome! I believe that, too. Why is that not a valid argument where Trump is concerned?

Trump will undoubtedly sin against portions of my agenda, not all of which have been included here. But I didn’t vote for him because he was “Evangelical”, Christian, eloquent, a changed person, perfect, or even near perfect. Nor did I vote for him because we see eye to eye on everything. I voted for him because he’s a bull in a china shop, unafraid to go up against the political monsters of our day. 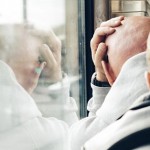 January 23, 2018
Interacting With and Caring For The Chronically Ill
Next Post 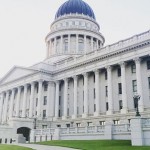 January 31, 2018 Forgiving Trump is Not The Same As Excusing Trump
Browse Our Archives
get the latest from
Evangelical
Sign up for our newsletter
POPULAR AT PATHEOS Evangelical
1 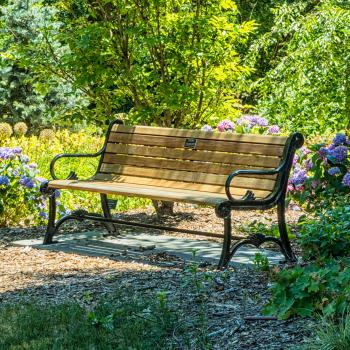 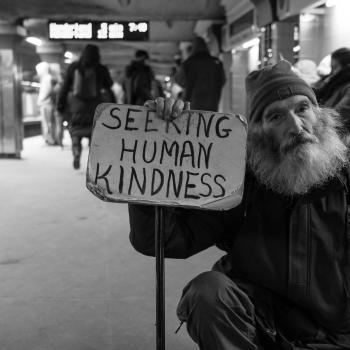