Forgiving Trump is Not The Same As Excusing Trump

Forgiving Trump is Not The Same As Excusing Trump January 31, 2018 Brenda Renee Coats 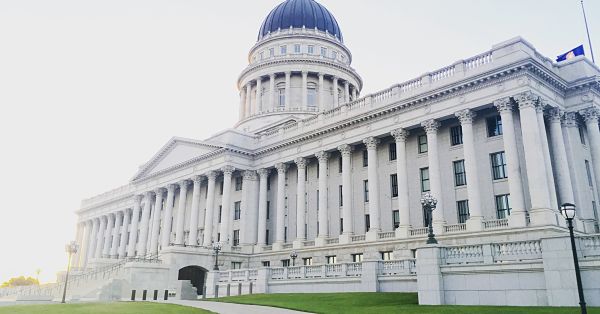 Okay, one more rant concerning President Trump and Christians, and then I’ll revert back to my normal self. Here goes.

After being in discussion with Trump opposers over the last year, it’s clear many of them believe two things:

One is that Christians who voted for Trump are not Christian at all. Just wolves in sheep’s clothing, or maybe wolves in wolves’ clothing. The other is that Trump supporters are pathetic, hypocritical, and other character traits that shouldn’t be referenced on a G-Rated blog.

So let’s start by breaking that down.

First, voting choices do not have anything to do with one’s salvation. Who a voter trusts in for the forgiveness of their sins has everything to do with their salvation. Being a Christian certainly will influence how a Christian votes. But it’s incorrect to say if a vote was placed for Trump, the voter is going to hell. Or on the flip side, if one voted for Hillary, one is going to hell. Both statements are preposterous. One cannot determine via a ballot marking, the spiritual condition of another. Shoot. I sometimes have trouble deciphering the condition of my offspring’s hearts, let alone the heart of a voter I’ve never met, never conversed with, and literally know nothing about.

Second, if someone feels a Christian is pathetic and hypocritical because they voted for Trump, that is their prerogative. But feelings and opinions don’t necessarily make something true. General, broad sweeping statements such as “Anyone who voted for Trump is a hypocrite”, or “If you voted for Trump you sold your soul to the Devil” are damaging. Not only are they largely untrue, but they marginalize people — precisely what liberals claim Trump is guilty of. Trump is racist. Trump is a mysogynist. Trump is an Islamaphobic. Trump this. Trump that. Trump everything.

Mostly what we know about Trump is this:

The media hates him. Hollywood hates him. Vagina hat-wearing women hate him. He’s an actor. He plays rough. He’s blunt. He’s brash. He composes infantile tweets. He is guilty of sexual promiscuity. He fights for the lives of the unborn. He is an incredible businessman who is doing America good with his tax reform. He loves our military personnel. And America. The Stock Market has recovered since he took office (can we not all be thankful for at least that?). He’s been married too many times. He dearly loves his children. He is against the Dems bringing in illegals to acquire votes in the name of “having a heart for immigrants.” He is spiritual, but what kind of spiritual is unknown, just like most former Presidents. He favors Republican agendas, and clearly opposes many Democratic agendas, but he’s his own person. Neither Republican or Democrat, truly. He works hard. He’s driven. He reportedly drinks twelve Diet Cokes a day. He has a trophy wife. He’s richer than Richie Rich, but also charitable. He’s orange.

(Why, why, why is he orange? Inquiring minds want to know.)

We think we know it all. Not just about Trump, but about each other. My comment section is becoming volatile. Much of the web is verbally explosive because too many are free to say what they want, when they want, knowing they will not suffer any ramifications, (partly) because they hide behind three letter aliases. I find myself constantly needing to extend forgiveness to some soul who finds it easier to fling hate language my direction than discuss politics and Jesus rationally, thoughtfully, kindly. Still, at other times, I am grateful for the Bruce Atkinson’s of the world (read what he wrote here) who stick up for those being hated because of which candidate got their vote. That hate is what’s truly hypocritical. What, liberals, happened to Love Wins? And tolerance. Isn’t tolerance, by your own definition, allowing others to live however their hearts desire without judgment from the likes of …. anyone?

It’s impossible for everyone to be tolerant of everything. There has to be law. Lines drawn. A specific world view has to be set it motion to govern people, which means there will always be tension. Christians will never tolerate gay marriage and abortion. Homosexuals will never tolerate Christians’ view of marriage. And so forth. Therefore, we would be better off accepting that though everyone has a specific worldview, leaders who agree with that worldview don’t always get to rule. We call this the balancing of powers, which our forefathers thought, rightly, was vital to preserving America.

Christians just went through eight years of the hell liberals feel they’re going through with Trump in office. But you know what? We survived. We didn’t feel better off for it, necessarily, although we learned some valuable lessons. But in the end, the country still stood, albeit peg-legged and otherwise maimed. Amidst Obama’s reign, we found ourselves needing to forgive so often it nearly taxed us to insanity. The amount of excuses made for Obama by the media, Hollywood, and those who follow those “leaders” like a dog hot on the trail of a hot dog (nose down and spaced out) was unbelievable. Sad, truly. And disheartening. By the end of 2016, those of us on the opposing side felt our nation was irreparably broken.

So I get it, liberals. You feel you’ve been put in the fire. That you’re being broken in two. But when you retaliate by hating Trump supporters, it only sews further discord, and a nation divided against itself cannot stand. Discord such as we are seeing today will eventually break us.

In a perfect world, Christians would’ve preferred a more chaste, more dignified President. But for the sake of Pete, whoever that boy is, we don’t live in a perfect world. Realistically, we were given two choices: Trump and Hillary. Our vote for Trump was not a full-on endorsement of everything he’s ever done in his life. And wrapped up in our vote was forgiveness of the wrong he committed and admitted to, and clingy hope that God could and would use an awkward, brash, imperfect man to do the noble work of saving lives, restoring order, and putting our own house in order before attempting to restore order elsewhere. Christians do not excuse Trump’s offensive behavior. But we do exercise forgiveness toward him, just as we exercise forgiveness toward Obama and others strongly opposed to our values. This is what liberal, non-believing Americans don’t understand. It’s cliche, but it’s still true:

Christians are not perfect. Just forgiven.

And since we’ve been forgiven, we are commanded to forgive.

If you do not forgive men their tresspasses, neither will your Father forgive your tresspasses. ~Matt. 6:15

We also believe God turns the “king’s” heart whichever way he chooses, and neither Trump or Obama (or Hillary) are able to do anything outside the ordained will of God. Therefore, we are confident, though our former President was a passive aggressive murderer of innocent children (amongst other frightening things), and though our current President is everything thing I’ve mentioned above (and undoubtedly more), that God is in control. And ultimately, we don’t trust in any finite man. We trust in the Lord our God.

But the locker room video!

Yes. He said disgusting, sinful things many moons ago. He apologized for it during the election. As a Christian, I refused to reject the apology and cast my vote for the orange dude. If that makes me, in your mind, a hypocritical hell bound person, the problem lies with you. You are jaded. By choice, you believe biased media and hateful Hollywood. You ingest their hostility and derision, and then regurgitate and spew it on blogs like Felix Culpa in an attempt to get conservative Christians to cower. You are not tolerant. You are not loving. You are judgmental and hateful, because your agenda is not being furthered.

When a Christian’s agenda is not being furthered, they are free to oppose within the confines of the law of the land and the Law of God. And they are commanded to forgive and even respect the leadership in office. Granted, Christians are also sinners, so they do not practice what they preach perfectly, while also preaching how everyone else should practice what they preach. If you think that makes them hypocritical, you’re right. Hypocrisy is sin, and everyone sins on all points of the Law. We would all do well to get the speck out of our own eye before trying to dislodge a log from another’s eye. (Matt. 7:5)

To wrap up, Christians, by voting for Trump, are not stating his past behavior is excusable. But they are saying it’s forgivable. They therefore choose to forgive him as Christ has forgiven them. Because in the end, if they don’t, they themselves aren’t granted forgiveness.

Forgiveness doesn’t always mean the forgiven are automatically trustworthy. But God is a God of an infinite number of chances. So what the hay. I guess this Christian would rather take a chance on voting for someone who claims to favor Christian agenda, rather than on someone who openly, vehemently opposes Christian agenda.

That, readers, is not hypocrisy. It’s common sense. 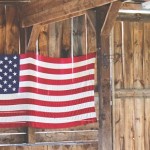 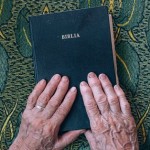 February 6, 2018 The Thees, Thous, and Whithersoevers of The Bible
Browse Our Archives
get the latest from
Evangelical
Sign up for our newsletter
POPULAR AT PATHEOS Evangelical
1