My Take On The ‘Reckless Love’ Controversy 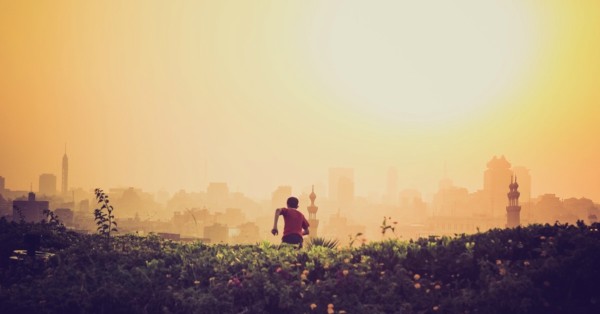 One moment, por favor, and I will get to Reckless Love. But first …

A friend of mine recently bemoaned the saying “God will never give you more than you can handle.” I think the saying is worthy of a second thought. I doubt Noah felt capable of building an ark. I doubt Esther felt bold enough to storm the castle and confront the king. Even Jesus felt the load of His coming crucifixion was too heavy and pleaded with the Father to take the cup from Him.

What Noah, Esther, and Jesus all had in common was the power of God. They all had to rely on supernatural strength to do what they’d been called to do, because their load weighed too much for their finite shoulders. And so it is with us. The problem with the idea that God never gives us more than we can handle is that it implies the strength we need ultimately lies with us. That we are the strong ones, and can therefore handle whatever God throws our way.

Paul, in Philippians, says we can do all things through Christ who strengthens us. But that verse doesn’t mean everything we want to do (I’m looking at you, over-achievers). Nor does it mean everything others think we should do (I’m looking at you, people pleasers). It means through and in Christ, we have the strength needed to accomplish whatever He has called us to do. Mainly, He has called us to become Christ-like, and Paul’s verse has nothing to do with our profession, hobbies, or goals, though many prefer to interpret the verse in that way.

Take the song Reckless Love, put out by Bethel music, for instance. There’s quite the controversy over whether the song is Scriptural or not, mostly due to the choice of the word “reckless.”

marked by lack of proper caution, careless of consequences; irresponsible

The question is: what did the author of the lyrics mean by “reckless”? Was he using Webster’s definition? I don’t find Christ’s love in the Bible being defined as reckless. Relentless, yes. But not reckless. He didn’t pursue us without caution. He wasn’t careless of the consequences. Quite the opposite, actually — He came with an intentional purpose that would have a profound, life giving consequence: to seek and save the lost (Luke 19:10). And He was most certainly not irresponsible. Going to the Cross and willingly dying in place of guilty sinners can be described in many ways, but irresponsible is not one of them. He died freely. He died willingly. He died generously. He died sacrificially. He died in intentional pursuit of us, because the lot of us are runners, like Jonah.

That brings me to what I like about the song. I identify with being a flight risk, and yet being loved so much by God that He was willing to “leave the ninety-nine”, as the song and Bible both say, to come find me. His love did fight for me when I was yet His foe. He is good to me. He is so, so kind to me. But though those portions of the song are well put (Biblically accurate), I don’t find “reckless” to be an accurate, Biblical term to describe Christ’s love for us.

I understand art, and the need to be original. But where the character of God is concerned, we are better off using Biblical terms and concepts to describe Him, even if it feels as though we are reinventing a wheel, or being a copycat. And if a word is chosen simply because it makes the timing of our song measure out exactly right? Well … dig out the thesaurus and the Bible, and find another one. It’s either that, or mislead others.

One of the most comforting thing about God is that He is unchangeable. Though our world and circumstances are forever changing, the one thing Christians can depend on is that God keeps His promises and never changes. Our world can come crashing down on us, and yet He remains stable. Omnipresent. Omniscient. Omnipotent. Sovereign. Faithful. Trustworthy. Indeed, our Anchor in the time of storm. And so much more.

There’s no need to add attributes. He is sufficient the way the Word says He is. Nor do we need to take anything away from His character, for to do so would be to misrepresent Him.

Did the author of Reckless Love add to or take away from God’s character?

I don’t know the heart of the author. Nor am I his judge. All I know is that I’m willing to sing along happily to most of the song, but when it comes to the word “reckless”, I prefer to bow out for a note or two. At least until someone can offer me a Biblical apology for describing God that way.

Reckless Love was performed in our church on Easter Sunday. I liked it and felt a tad bit uneasy at the same time. Then I began seeing the uproar about it on the internet, and explored the song further. I don’t want to be one more lioness in the uproar. I’m not here to crucify my brothers and sisters in Christ who see nothing wrong with the song. I’m simply trying to help us realize that some modern day Christian cliches, lyrics, and cutesy, supposedly edifying sayings can be unhelpful at best, blasphemous at worst. And it’s always good to remind ourselves of Revelation 22:19 …

And if anyone takes words away from the words of the book of this prophecy, God will take away his share in the tree of life and in the holy city, which are described in this book.

Every word of God is pure; He is a shield to those who put their trust in Him. Do not add to His words, Lest He rebuke you, and you be found a liar.

For false christs and false prophets will rise and show great signs and wonders to deceive, if possible, even the elect. 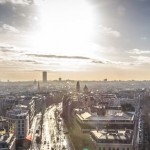 April 17, 2018 Barbara Bush's Dying Grace
Browse Our Archives
get the latest from
Evangelical
Sign up for our newsletter
POPULAR AT PATHEOS Evangelical
1

Make Humor Great Again
Sorry to be so late this morning--technical difficulties (as in, I can't...
view all Evangelical blogs
Copyright 2008-2020, Patheos. All rights reserved.