Finding Strength and Hope Through Literature

Literature. So much emotion is wrapped up in that word – at least for me. I grew up in a private school that certainly encouraged reading, but not the reading of classics. I don’t recall if classics and other interesting books were actively forbidden, if they were allowed but simply not emphasized, or whether I somehow missed out due to an “I hate reading “ attitude that formed while being required to memorize history dates and other bland material.

Story, whether fiction or non-fiction, will always be an effective way to teach. Perhaps that’s why Jesus spoke in parables: because stories help us think about concepts and truths more than mere facts. The Law on it’s own is interesting because it’s so confrontational. But start working the Law and the consequences of not following the Law into story form, and BAM! You gather a crowd that wants to crucify you. Why? Because story helps our hearts see falsehoods and truths in a way that penetrates the soul, and last I checked, the soul doesn’t appreciate being poked and prodded to change.

Last week, just before my son was hospitalized with a sepsis infection from a puncture wound acquired in a car wreck, I began reading Invincible Louisa – a biography of Louisa May Alcott. It was written by Cornelia Meigs, an author who writes nearly as beautiful as Louisa herself.

Lo and behold, I became privy to a part of Louisa’s life I had never been privy to before. That is, she worked as a nurse in Washington DC during the Civil War. As I read about Louisa giving her time and effort to wounded soldiers, I was strengthened. I felt as weak, unprepared, and unequipped as she did when caring for limbs resembling something you might find in a butcher shop. And I, too, felt deep sympathy for my patient. Intestinal stirrings that come when one witnesses severe pain, gruesome wounds, and sickness that accompanies systemic infection.

I identified with Louisa, and in that identification, I found strength and hope.

Granted, caring for a wounded man over a century ago cannot be compared to caring for one today. At least not in a medicinal sense. We are far more equipped to care for wounds and sepsis than those in the Civil War were. Still, each situation took courage. Courage that I couldn’t seem to muster up, until I read the story of Louisa’s bravery.

I read during the times my son was in surgery or sleeping, and marveled at God’s timing. Here I was in the 21st century, reading about a lady who went through something similar in the 19th century. Her true-life story, coupled with Winston Churchill’s famous quote that says “When you’re going through Hell, keep going”, as well as Scripture, kept me sane. Level. Going forward. The prayer of friends and family, I believe, is what gave me strength to be a healthcare advocate when I felt like upchucking, and physical strength to keep on keeping on, in spite of my own health challenges.

Carried on the wings of prayer and words of peculiar people. That’s how I felt most days.

Other works of literature have also served to guide and strengthen me. I often remember the obedience and courage of Esther. The sweetness of Ruth, who feared God and loved people. The faith of the Apostle Paul, whose transformation from a Christian persecutor to a Christian prisoner is so stark, stable, and staunch.

My love for reading didn’t begin with Biblical stories, though. It began with a Christian author by the name of Jeanette Oke. I was seventeen, about to get married, and living with my Pastor and his family. It was August and hotter than heck, and I had just finished my senior year of high school by cramming it into the Summer after my Junior year, so my Mom and Dad would sign the necessary papers that would allow me to get married.

My bedroom was down in the basement, which was kept nice and cool … and boring. There was literally nothing to do but stare at the circling ceiling fan. That is, until I noticed the dresser in the corner held a series of books by Oke, set in the Canadian mountains. I cracked one open, and have since been hooked on words.

Now I look back on those books and think … how elementary. But back then, they were perfect because they took a lot of the Biblical concepts I had learned out of sheer duty, and wrapped them up into a quaint story set on a farm, with solid family relationships, and romantic love to boot. What else could a girl about to get married ask for?

Since then, I’ve read other classics. Jane Eyre. Little Women. Roots. Where The Red Fern Grows. Twelve Years A Slave. Christy. A Tree Grows In Brooklyn. And so on. I tried to read Of Mice and Men, but hey … not all classics are classics because they’re good. The Scarlet Letter is next on my list of classics, along with everything I’ve not read by Alcott. Plenty of Christian classics have been read and more are on my To Read list.

Please read. If you hate to read, first of all, I’ve no idea what you’re doing here. Second of all, the only reason anyone hates to read is simply because they haven’t found the right book. Trust me. There’s a Jeanette Oke out there for you. An author who will make it all click. An author who will make you hungry for more. An author who will show you that words often make the most profound difference in a person’s life. An author who creates an insatiable desire to find more, more, more like the one that made it click – or even better. True, the sifting will be laborious at times. But in the end, it will be worth it. For when you have a handful or maybe even a truckload full of Jeanette Oke’s, your life will be good. Enriched and equipped. Full and meaningful. You will be strong in ways you couldn’t be without literature.

It’s interesting to me that God, who could have left us anything to enable us to connect and commune with Him, chose to leave us a Book – and of course the Holy Spirit to help us understand that Book. And while no other book could ever compare to the Word of God, it stands to reason that, if we use the Bible as a filter for everything else we read, books can serve as a pathway to understanding life and all it’s troubles, joys, disappointments, celebrations … everything it entails.

Literature helps us understand complex creatures (like … humans). It helps us be brave. It helps us decipher truth from falsehood. The best Book I’ve ever read is the Bible. I’m a Christian, so I am obligated to say such holy things. But I speak truth. What other book has been strictly, Divinely written under the inspiration of the Holy Spirit? God wrote it. It has to be awesome. But God also made humans with amazing brains and artistic talent. Today, I am grateful to those who have answered the call to express that talent. In their expression I find strength and hope – second only to the strength and hope I find in God’s Word. 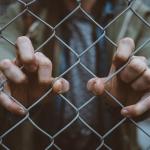 June 28, 2018 Sarah Sanders: Where Rights Begin and End
Browse Our Archives
get the latest from
Evangelical
Sign up for our newsletter
POPULAR AT PATHEOS Evangelical
1