What We Should Be Asking About Colorado Killer Christopher Watts 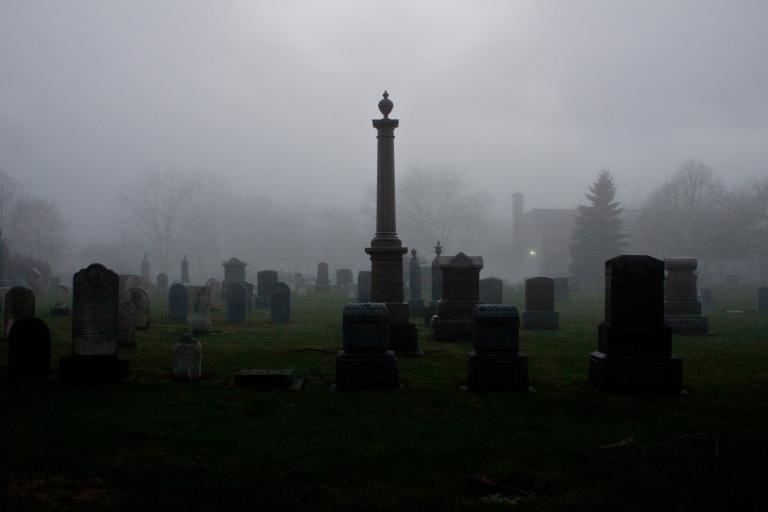 Last week, Christopher Watts allegedly killed his wife, two daughters, and unborn son in Frederick, Colorado. First they “disappeared”, and Chris went on camera saying he didn’t know where they were, and many other lies that sent chills down the spines of listeners. A few days after they were reported missing, Christopher then confessed to the killings.

People often wonder what goes on in the mind of a father and husband who would commit such heinous crimes. They wonder who could ever kill their babies, dump their bodies in a barrel of oil, then go on camera and play the concerned father. What would cause someone to hate at that level, and then be smug enough to lie in front of the entire world?

In the Watts case, many people’s theory was that there was a mistress. Others just thought he was a cold-blooded killer. Others said he was insane (oh, I think that was me). Most could only shrug their head in confusion.

Other than insanity, I did have other theories. I figured the problem within the marriage and family were probably centered around what rest of the world’s marriage and family problems tend to center around: finances, children, in-laws, and sex. But we are not killing our wife and children over those problems, so … what’s the difference?

That’s what nobody knows, and I’m going to be bold here and say that none of us should analyze it further. I don’t think we actually want to know the mind of a criminal. Murder is dark, cruel, heartless, and one of the worst evils. Whatever causes a person to stoop to that level should be seen and deemed as weird. Unusual. Sick. We want to keep seeing murder as vile. Not because we want to puff ourselves up in a way that says Humph! I’d never do such a thing. I must be better than that guy. But because focusing on evil perpetuates evil.

Murder starts with hate – something we’ve all experienced in our own hearts. So though we’ve never (I hope) acted out that hate in the form of murder, the fact is that we are all capable of exactly what Chris Watts has confessed to. The Bible says whoever keeps the whole Law but fails in one point has become guilty of all of it (James 2:10). Truth is, we’re all capable of killing another person. Or two or three or four. If that is true, how do we keep ourselves from being murderers, except to try and understand the mind of one? Some would say we study them, their psyches, their thought patterns, their behavior the night they killed, the day after, and so forth. But I disagree. Because the very thing we never want to be found guilty of is the very thing we should keep at a great distance.

In other words, don’t go there. One does not figure out how to keep away from sin by tinkering with how to do it or becoming obsessed (or even merely interested) in figuring out why someone else would. Philippians 4:8 admonishes us to think on what is true, noble, just, pure, lovely, and of good report. Anything virtuous and anything praiseworthy is where our minds should be focused. No, that does not mean we don’t deal with the situation. There are people in professions who have to clean up the mess, gather the evidence, establish a motive. But that is not the job of 99.999% of us. So we pray for those in that profession, and as for us, we think on the virtuous and praiseworthy.

It’s difficult. Because when we hear the news, we feel punched in the gut, and it’s unnatural to think of anything but that knotted pain. But we all have a choice as to what to do with our pain. We can focus on it or those who caused it. Or we can allow it to spur us on to good works. In this instance, and whenever I’m reminded of the fallen world in which we live, I try to allow my pain and heartache to remind me to do what I can to help the situation. Admittedly, this usually takes place after I’ve thrown a little hissy fit, but with God’s help, I eventually get to a place of wanting to help, rather than stewing.

I don’t know Christopher Watts, nor did I know his wife or children. But I know they all have family, and though I can’t imagine the pain they’re feeling, I know they’re in agony. They feel a level of intense despair and anger, and many other emotions that intrude when a terrible injustice is committed.

Realistically, what can I do?

Funny how we always look to prayer as our last resort, as if it’s what people do when all the real favors have been volunteered for. But imagine yourself as the Mom of Shanann Watts, Christophers wife. Or the grandmother of Bella, Celeste, or Niko. Or Chris’s Mom, who undoubtedly wants nothing more than to crawl into a cave and never be known, who is likely in deep, inexpressible anguish as she’s learned what her own son did to her daughter-in-law and grandchildren. Would it not behoove her to be surrounded by the Holy Spirit, who comforts and woos the hurting to the only One who can truly heal? And would it not be kind and right of us to pray for her in that way?

Then there’s Chris himself. It’s pretty natural to look on him as a scumbag who needs to be ushered into the pit of Hell …  until we look into the mirror and realize the sins we’ve committed are deserving of the same. That lie we told, the pornography we harbored, the affair we had (whether in body, mind, or both), the hate we feel toward so and so who can’t seem to stop offending us … those and more fall under “one point of the Law.”

We are all guilty. Deserving of eternal damnation. That’s why God stepped in by sending His Son, Jesus, to be a one-time sacrifice for our sins. None of us go to Heaven because we are good. We go to Heaven because Jesus is good, and He has willingly given His righteousness to us if we repent and ask for forgiveness.

Though I’m very angry with Watts, ultimately, I pray for him. I know, I know. He’s so undeserving. But so am I. So are you. So was Ted Bundy, but he claimed that by the time he was executed, he was ready to meet his Maker. Like it or not, we are all invited to an eternity in Heaven. Whether we accept that invitation is another thing. But all who call upon the name of the Lord, will be saved. They will. Just as we cannot prevent a person from killing another person, we cannot prevent a person from accepting Christ as their Savior. These are heart issues that are ultimately between God and His created ones.

My prayer today is that God will be with the families of Chris and Shanann, and that Chris will get the punishment due him for the crimes he committed. But before he meets his Maker, whenever that may be, I pray he will make peace and seek restoration. It’s astonishing to me that peace and restoration is possible for Chris Watts … but no more astonishing than the fact that there’s restoration for me. Or you. A sinner is a sinner. Grace and mercy is available for all. The questions we ask in these situations shouldn’t be centered around what went on in Chris Watts’ mind. To ask that is to focus on things that are evil. The question we should be asking is: what kind of a God would allow that big of a sinner to be reconciled to Him?

The answer, of course, is a God who is a great Savior, whose marvelous grace is greater than all our sin.

**Disclaimer: This blog was written on the basis of Christopher Watts’ first confession. Though he has confessed, he is presumed innocent until proven guilty.

Photo by Scott Rodgerson on Unsplash 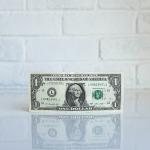 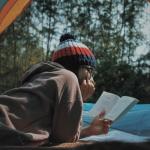 August 28, 2018 Reading to Cultivate A Thankful Heart
Browse Our Archives
Follow Us!

Taking Sermon Notes “The Three Dimensions of a...
The African American Church had the experience and intellectual resources to produce...
view all Evangelical blogs
Copyright 2008-2017, Patheos. All rights reserved.