Abortion: Not So Different From The Holocaust 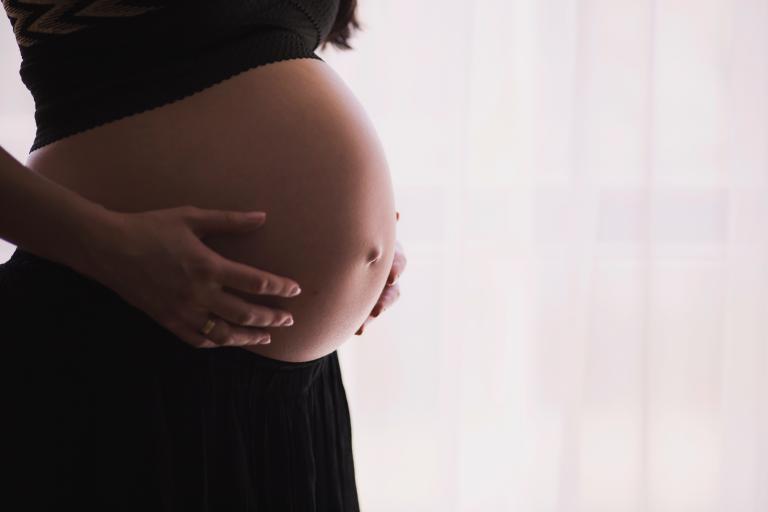 I just finished reading The Boy in the Striped Pajamas, by John Boyne. I saw the movie a few years back, which I now know stays very true to the book. I’d highly recommend both to you. Not because I love the story, but because everyone needs to be reminded from time to time that we as a human race are capable of doing the worst possible injustices to man, woman, and child.

The boy in the striped pajamas is a Jew. His name is Shmuel. The other boy in the book is a German boy, son of a high up official in Hitler’s military. His name is Bruno. Shmuel and Bruno end up forming a friendship, across a fence, just down the road from Bruno’s new residence that his family moved to when his father was promoted to Commandant.

German soldiers came and went at Bruno’s house. Even Hitler and his lady friend visited. But Bruno, in his youth and immaturity, never fully realized the complexity of what was going on. In spite of the Jewish servants they had, in spite of Shmuel himself coming to the house one day, having been recruited and ordered to clean their glasses (he was chosen because they needed someone with small hands), and in spite of all the hints, vague as they were, that Shmuel dropped in their conversations at the fence, Bruno remained largely oblivious. Fact was, he saw the world through a nine year old’s eyes. Other fact was that he had been raised with little to no trials in his life. In short, he was very fortunate. Always fed, always warm, always plenty of room to play with friends.

Having friends ended when they moved just down the road from “Out-With”, Bruno’s clumsy attempt at pronouncing Auschwitz. From his window, he could see lots of boys and girls and their moms and dads out yonder working in striped pajamas. He did wonder. But in his immaturity, he also did plenty of assuming, and his assuming was based on his life experience, his worldview – and not on reality.

Loneliness, Bruno’s first real challenge in life, is what brought Bruno and Shmuel together. Bruno was hungry for friendship and perhaps a little entertainment, and Shmuel was just hungry. Bruno began sneaking a little food to Shmuel during their meetings at the fence, although the chocolate cake that he brought was very often gone by the time he arrived. Those walks from his house to the fence made him a little peckish, see. And before he knew it, he’d take a small bite, and then another, and another, and by the time he wasn’t peckish anymore, he had pecked away most of the piece and he felt embarrassed to give Shmuel only enough cake to wish he had more. So he’d finished it off, saving only the bread and a little something else to sustain Shmuel.

Their outlooks on life were polar opposites. Bruno, having come from a wealthy, prestigious military family, knew little of adversity. Shmuel, a criminal for simply being a Jew, knew the most horrific injustices. He knew starvation. He knew beatings. He knew abuse of many kinds. Sickness. Hate. Racism. Bullying. Slave labor. Utter filth. Total lack of medical care, or any care.

Yet a tangible friendship was formed between Bruno and Shmuel. And the interesting part of the story, to me, was that the friendship formed under the reality of ignorance and truth, both. Bruno was ignorant of the reality of the situation, that his government, and thereby his own father, put the boy behind the fence, starved him, beat him, abused him, forced sickness upon him, ultimately because of a wretched, deep down hate for the boy and “his kind.” But the truth was that “Shmuel’s kind” was also “Bruno’s kind.” Both boys were human, made in the image of God, and without the proper grooming that Bruno no doubt would have eventually been given had he lived long enough, they were able to form a genuine relationship. Neither boy had been indoctrinated. They only knew the truth – that they were hungry for food and fellowship, and that other humans, if they were so inclined, had the potential to fill their voids.

The friendship was innocent. Unscathed by the hatred of the world going on around them. In all their beautiful immaturity, they formed a pure friendship. What wasn’t so beautiful in the story was the German people’s willingness to shut up.

So many knew that their neighbors were being tortured and killed, and yet they bowed their heads, looked the other way, and went on with their lives as much as they could knowing that if they housed a Jew or became confrontational or even appeared slightly unsupportive of the regime, they’d be sent to the concentration camps as well. So they displayed their Swastika flags, saluted, and belted out their Heil Hitler! Supportive or not, that’s what you did, unless you were willing to lay down your own life, and risk the lives of your family.

Granted, some hid Jews. Others spoke out and took the punishment. Some who hid Jews got away with it and in the process, saved precious lives. Appropriately, they are now referred to as heroes and heroines.

What I’m wondering, what I’ve been wondering since I closed the book at 1:30 this morning, is ….

Abortion is our holocaust. What’s unbelievable is that so many of us bow the head, ignore the problem, choose to be non-confrontational. I am personally discouraged about the battle for life because no matter what anyone does, there never seems to be any difference made. We still keep electing officials who claim they are pro-life, and yet the slaughtering continues as they kowtow to the liberal agenda, in an attempt to appear bi-partisan. Sometimes Christians, who should be the most outspoken of all, vote for a candidate who is blatantly and unapologetically in favor of women having the right to slay their offspring. Then there are those who do the slaughtering and selling of baby body parts while making millions.

Between the killing, the denial that the killing is killing, and the looking away, you might say we’ve all gone mad.

The town where I receive my nutritional IV’s has an abortion facility. It’s located in a shopping center, and in my state, you can hire a doctor to “empty out your uterus” as their deceptive website says, as long as you haven’t delivered yet. In other words, surrounded by people eating, buying clothes, and getting their hair done, a doctor is routinely suctioning out the brains of small humans, all in the name of “healthcare for women” and “a right to choose.” No matter how far along the pregnant woman is.

If that is not looking the other way, I don’t know what is. There’s willful ignorance going on. There’s groomed ignorance, meaning, people have been “educated” to believe that babies aren’t humans until they’ve taken a breath of air. Jews weren’t “human” either. They were just scum, “not one of us.” Weak, and in need of being wiped off the face of the earth, so that the rest of the human races could prosper as they should.

Sounds familiar. Babies are just clumps of cells. Not human at all. Not one of us, until they breathe oxygen. Not welcome, because they prevent mommies from having careers. Babies are leeches. Good for nothing but sucking energy and nutrients and the ability of a mother to “have a life”, whatever mommy decides that life looks like.

Ah, but greater love hath no one than this, than to lay down one’s life for his friends. (John 15:13)

Bruno eventually laid down his life. He crossed over the fence, slipped into a pair of stinky, striped pajamas, and unwittingly died in the gas chamber, hand in hand with his newfound friend. None of us can slip into a womb and, wittingly or unwittingly, literally die with our unborn friends. But as women, as citizens of either gender, we have the power to stop turning our heads, and start believing truth.

Bi-partisanship be damned. Planned Parenthood be damned. Lies and evil be damned. Let’s cross over the fence, be a friend to the helpless, and sacrificially lay down our lives.

To put a spin on Nike’s words:

Believe in giving life, even if it means sacrificing everything.

**Photo by freestocks.org on Unsplash 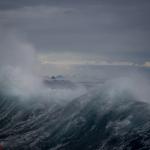 September 13, 2018
Between Florence and Trump, We're Probably All Going To Die
Next Post 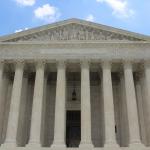 Mark of the Beast? Microchips to...
Hedgerow
Related posts from Felix Culpa 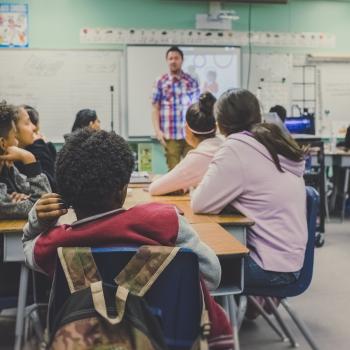 Will There Be Rodents and Insects in Heaven?
Over the years, I’ve been asked by readers about whether God’s future...
view all Evangelical blogs
Copyright 2008-2017, Patheos. All rights reserved.