You might be thinking, Bill Maher is a an atheist, lady. But honestly, as a Christian minister, I have to say he’s a model Christian, too.

1. He knows what Jesus actually stood for.

Maher has always seen the irony of a traditional Christianity that behaves antithetically to Jesus. Which means he knows more about Jesus than most Christians. He calls out Christians who promote war and violence over diplomatic alternatives, the opposite of Jesus. He exposes why evangelicals love people like Trump, who calls people names, does dirty deals, says he doesn’t talk to God, and lacks true solutions for welcoming the stranger; the opposite of Jesus. Maher notices when politicians favor one rigid strain of fundamentalist ideology while claiming everyone else’s human rights are infringing on their “religious liberty”. Jesus was always vocal when Romans and religious rulers denied rights and upheld laws detrimental to those who were suppressed in society.

In order to truly follow Jesus, Christians must pay attention to what Jesus really did. We should be seeing, calling out, and addressing injustices and hypocrisy.

And it is not a rule book for all time.

Maher understands the grave dangers of biblical literalism. He seems to understand more about the complex manner in which the Bible was actually developed and codified than the average Christian, and points out when scripture is cherry-picked out of context to oppress the marginalized or uphold dehumanizing world views. He asks questions about things that do not make sense, rather than buying theological excuses. He raises red flags over scripture that is misused, instead of using the Bible as a weapon to subdue people. Jesus reportedly spent a lot of time saying, “You have heard it said [something icky]…but I say [something humane]…” Jesus did not write the New Testament, which is full of contradicting reports, narratives and ideas; Christians would do well to wonder what Jesus would think of how other people interpreted his story. Bill Maher wonders that too.

Christians can learn to be as wise and empathetic as Jesus if we learn the history of the compilation of the Bible, understand the thought-provoking purpose of the mythos that fills its pages, and use it gently and accordingly.

Subversive statements protest the treatment of women in a culturally viable way.

Maher has said some truly off-base stuff about women in the past, but I am a believer in redemption. He picks up on the ludicrous nature of politicians’ statements about women’s health and well-being, and the general venom from the religious right pointed toward any efforts to open more opportunities that allow women be equal, independent and self-directed. He may be crude about it sometimes, but he says what needs to be said to shock us into seeing the absurdity of anti-woman policies and ideologies. He detects the normalized nuances of the illness that is sexism, the accepted atrocities that put girls and women in danger.

Maher clearly sees the sexist patriarchy that still informs Christian America today. While many men completely misunderstand and therefore hate feminism, and some young women say they do not need feminism, Maher seems to know we still do, perhaps more than ever.

Jesus lashed out at a society that diminished women and other marginalized people. He spoke to women with respect, and included women as major pillars of his movement. Many stories about how he interacted with and uplifted women were left out of the canonized Bible and were banned in Church history. Jesus made a lot of subversive proclamations that his society did not understand, and the most pious rejected him. Christians must speak up, no matter how much flak we get, for the personal autonomy, dignity and equality of women and girls.

Do I agree with everything Bill Maher says? No. I don’t agree with his general assessment of Islam, or the idea that there is nothing to salvage of the Christian faith. But Bill Maher challenges the status quo, like Jesus called us to do, and he talks about the things that Christians should be paying attention to. He consistently questions religion and in so doing presents what I call the “real gospel”:  a call for freedom, equality, dignity and wholeness for all people.

Jesus is/isn't the only way. -...
The Holy Kiss
Related posts from Femmevangelical 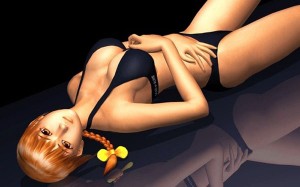 Progressive Christian
Who's the Man?
Femmevangelical 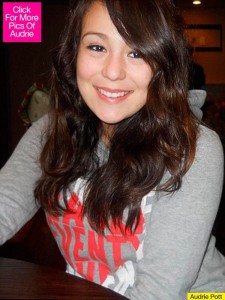 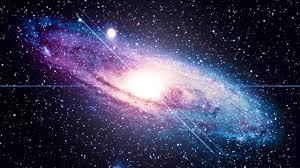