For a poet whose fidelity has been to the timeless voice of that underground stream in which all that is wiser than us sings, speaking of God has produced an interesting echo throughout the years: like singing the same question in different weather; first into the wind, then into a crowd, and now before and after the crash of ancient waves. All the while, critics have been reflexive in their reactions: leaning in, backing away, looking puzzled, getting angry.

Yet all along, speaking of God has simply been a vocation of question and praise: bearing witness to what is and inquiring into the intangible flow of being that lines everything. As Abraham Heschel says, “Poetry is to religion what analysis is to science… (and) Philosophy, enticed by the promise of the known, has often surrendered the treasures of higher incomprehension to poets and mystics.” Let me quickly say that there are fine scientists and ministers who are working poets of this higher incomprehension, who share the vocation of keeping what is essential useable and in view.

Nonetheless, we still have scientists and ministers and poets interested in power who push and pull at the Divine as if the secret of immortality is in one chalice that each feels sworn to protect but never use. All the while, the presence of the Divine remains plain and abundant. Like those before us, our minds harden and get in the way until our suffering breaks the ice of what we’ve been taught. Then, if blessed, our direct apprehension of life is restored, and we simply hold each other in the storm.

So God, the infinite bottled in the ten thousand things, is a restorative waiting to be released in small felt moments. This is why throughout the years I have said the word God in my poems less and less. Not because I believe in God less, but because I experience that totality we call God more. I started like a young fisherman singing of the ocean and its majesty from shore. But life has drawn me and thrown me into the vast deep and now, like a fish immersed in the sea, I’m the least able to see the water I live in; though it pumps nameless through my gills, keeping me alive.

It becomes ever more clear that, like a scientist of the mystical, the poet’s task is to detail life more than name it. The poet as healer is always called to find what is possible in the cracks of what is and offer it back to those who feel broken.

As evidence of how much we need each other, it’s often impossible to do this for oneself. So we squeeze the light from our wounds the way sap is squeezed from a tree and feed it to each other. This is another way to understand poetry: as the sap of truth and love squeezed from the bark of God’s tree. Though the human family only turns to this when all other forms of drink fail. Humbly, I wake today not very far from where I began more than half a century ago: worn to wonder and a quiet song. 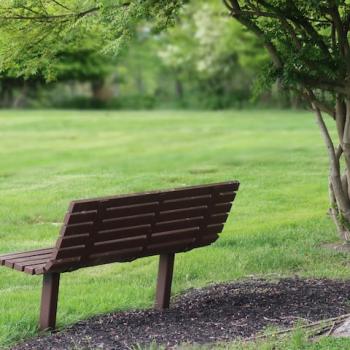 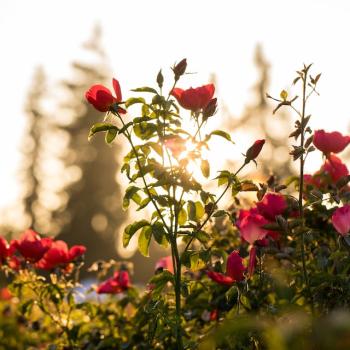 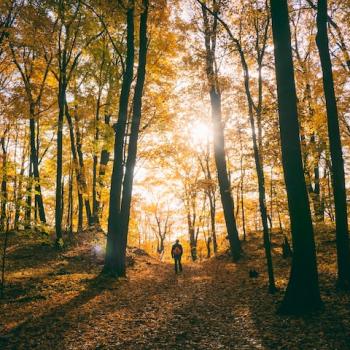 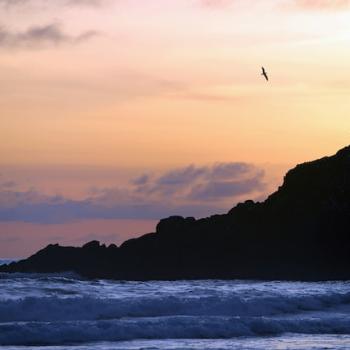 New Visions
My God, We are Alive
Field Notes on Living
TRENDING AT PATHEOS New Visions