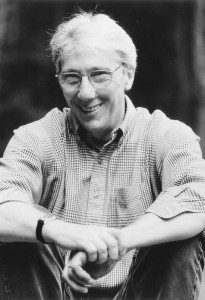 When Muhammad Ali met George Foreman in Zaire back in 1974, it wasn’t to shake his hand. Leon Gast captured their bout on film and, after a 21-year delay, got an Oscar for his patience.

It’s a story so good, they couldn’t have made it up. Muhammad Ali, stripped of his heavyweight championship in 1967 when he refused to fight in Vietnam, had a chance to win it back from current champ George Foreman when Don King masterminded the Rumble in the Jungle in Zaire in 1974.

The hard-hitting Foreman had recently knocked out Ken Norton and Joe Frazier, the only two men who had ever beaten Ali. And it was generally agreed that Ali, past his prime at 32, would be no match for the 26-year-old Foreman.

Instead, Ali withstood 15 rounds before sending Foreman to the mat. It was, and still remains, the only time Foreman has been knocked out. But for Ali, the match, set in the continent of his ancestors, was more than a fight. It was a vindication of his position, as a role model at a time when black pride was taking off.

Fortunately, Leon Gast was there with a camera crew to capture the moment. Don King had originally hired him to document the music festival that was supposed to play just before the fight. James Brown, B.B. King, Miriam Makeba and others all shared billing on what some called “the Black Woodstock” — but a severe cut to Foreman’s face four days before the fight forced the pugilists to wait an extra six weeks.

Even with this great story, Gast didn’t have enough money to finish the film. With his negatives held hostage in a film lab — ironically, this probably preserved the film better than any of Gast’s own efforts could have done — Gast spent the next 21 years living with “boxes and boxes and boxes” of material in his apartment, including 300,000 feet of film, 200,000 feet of corresponding sound and 32 hours of multi-track concert tape.

Salvation came in the form of David Sonenberg, a lawyer turned show biz manager who financed the completion of the film over the last few years.

It’s been said Ali wouldn’t have won if it weren’t for the six-week stay in Zaire. The crowds in Zaire hated Foreman, who hid in the hotel, while they cheered Ali on with cries of “Ali, bomaye!” (“Ali, kill him!”)

Between the attention of the masses and the attention of the film crew, Ali used those six weeks to psych himself up. “Angelo Dundee, his trainer, would come in,” Gast recalls, “and he’d say, ‘Come on, champ, you’ve got to get back to the gym. You have to train.’ And Ali would say, ‘This is a different kind of training. This is just as important as the other stuff.’ And he would just keep on speaking to us.”

Ali had such a clear vision for the film, Gast began looking for opportunities to catch him off-guard, but Ali played with the camera every chance he got. “It’s like that persona on camera was the same as off-camera. He had that way of making you feel there was an honesty and a purity about him.”

Ali’s knack for off-the-cuff rhymes — “You think the world was surprised when Nixon resigned? / Just wait ’til I kick George Foreman’s behind” is a classic example — actually saw him record an album of his own, I Am the Greatest, back when he still went by the name Cassius Clay. For the new film, Ali teamed up with the Fugees to record ‘Rumble in the Jungle’.

With all the music on display, did Gast ever consider using any of Ali’s other recordings? “Yeah, I’ve got ’em!” Gast laughs. “Not only stuff that he did, but there were a couple of songs about him.” Gast begins to sing: “Muhammad Ali / Flew like a butterfly, stung like a bee.”

Gast originally wanted to forego narration and let the athletes and musicians speak for themselves, but co-editor Taylor Hackford, best known for directing An Officer and a Gentleman, pushed for talking heads, including Ali biographer Tom Hauser and journalists George Plimpton and Norman Mailer. They also turned to Spike Lee and Malik Bowens for commentary on how the fight affected black people on both sides of the Atlantic.

However, neither Ali nor Foreman makes a modern-day appearance. Gast almost invited them into the studio to bring his film up to date, but in the end, he kept his focus on 1974. “When I saw the Olympics, and that moment when Ali lit the torch, I thought, ‘Oh my God, what an image that is.’ And we cut it in so that the last image that you saw was the picture of Ali with the torch, and it was there for a couple of days. We had contacted George Foreman’s lawyer and manager, but then we realized, ‘No. It’s not necessary. To have that image of Ali is completely unnecessary; if anything, it’s a cheap shot.’ So we removed it, and we never continued with the negotiations with George. We figured, ‘Let it be about this event.’”

Gast also passed on the opportunity to bring audiences up to do on one other key player: event sponsor General Mobutu Sese Seko, whose 32-year grip on Zaire has slipped dramatically in recent months. “There are people who’ve said, ‘Why didn’t you let us know more about Zaire and what despot Mobutu is and how he’s been running his country into the ground?’ But this is about the event, and I think you get a sense of what we feel about Mobutu in the film, a sense of the kind of dictator he was.”

Academics will probably debate the role Gast’s film crew played in motivating Ali’s victory for some time. But if Gast helped Ali win, Ali repaid the favour by helping to propel Gast’s film into this year’s Oscar race, where it was nominated for the Best Documentary award.

Speaking to The Ubyssey just three days before the ceremony, Gast notes that the documentary category typically resents — and will not nominate — non-fiction films with a semblance of popular appeal. “It meant so much to be nominated, since a lot of my favorite films — documentaries such as Hoop Dreams, Roger & Me, The Thin Blue Line, Brothers Keeper — were not nominated for the award when it was their turn. Just to be nominated is a huge victory, especially in this category, so we’re winners already.”

As it happens, Gast and his film did get the Oscar last Monday night. “It’s all due to Muhammad Ali, the hero of our times,” says Gast. “As the centrepiece of our film, he gave us a tremendous edge, so all the praise goes to him.”

— A version of this article was first published in The Ubyssey.

April 1, 1997 Love embalmed / A Vancouver based indie film rocks the reel world
Recent Comments
0 | Leave a Comment
Browse Our Archives
get the latest from
FilmChat
Sign up for our newsletter
POPULAR AT PATHEOS Entertainment
1