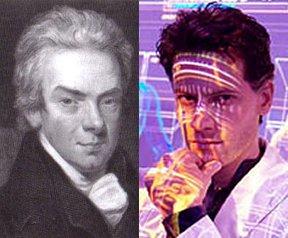 The Hollywood Reporter says casting has begun for Amazing Grace, the upcoming movie about anti-slavery activist William Wilberforce that will be directed by Michael Apted and produced by Walden Media, the company behind The Chronicles of Narnia. Ioan Gruffudd, who played the stretchy superhero in Fantastic Four (2005) and Lancelot in King Arthur (2004), is Wilberforce; Albert Finney, recently seen in Big Fish (2003; my review), will play fellow abolitionist (and former slave trader) John Newton, who wrote the title hymn. It could be interesting to see how this film compares to Steven Spielberg’s Amistad (1997; my review), which concerns American abolitionists and takes place just a few years after Wilberforce’s death in 1833.

September 13, 2005 Chloë Sevigny on nuns, sex, and doing good
Recent Comments
3 Comments | Leave a Comment
Browse Our Archives
get the latest updates from
FilmChat
and the Patheos
Entertainment
Channel
Related posts from FilmChat