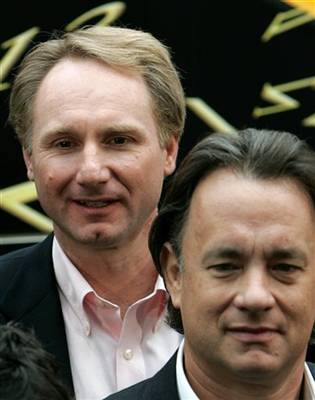 The critics at the Cannes festival saw the film today — and they didn’t care for it, according to a Reuters report (“the reaction at the first press screening in Cannes was largely negative, and loud laughter broke out at one of the pivotal scenes”).

But, as the New York Times and Los Angeles Times items linked at GetReligion.org note, it is still highly, highly unusual to hide such a big, big movie from the media until so close to the movie’s release. Usually, this sort of tactic means the movie sucks.

Perhaps Da Vinci Code fans can ignore the handful of critics who have seen the film already, and convince themselves that, in this case, the studio just wants to create a conspiratorial mystique around the movie, comparable to the conspiracy at the heart of this particular story. Yeah, yeah, that’s the ticket.

In the meantime, here’s another handful of Da Vinci newsbites:

UPDATE: I’ve added that last AP story, which confirms the Reuters story; thanks to Jeffrey Overstreet for tipping me off to it.

May 17, 2006 Nativity gets the "The" back -- and more!
Recent Comments
8 Comments | Leave a Comment
"I have neither noticed that much. I recenty read a leadership book inspired from Cyrus ..."
Hamid Mortazavi Cyrus the Great — a Persian ..."
""AD" stands for "Anno Domini", a Latin expression meaning "In the Year of Our Lord".So ..."
Peter T Chattaway The Chosen — season one, episode ..."
"Why does it say at the start of episode 3 that it takes place 26 ..."
Desiree Chamberlain The Chosen — season one, episode ..."
"What about Hellboy, The Grudge, Ghoulies, and Anaconda?"
45th Spiderbob Group VGCP When R-rated franchises go PG-13 …
Browse Our Archives
get the latest updates from
FilmChat
and the Patheos
Entertainment
Channel
POPULAR AT PATHEOS Entertainment
1