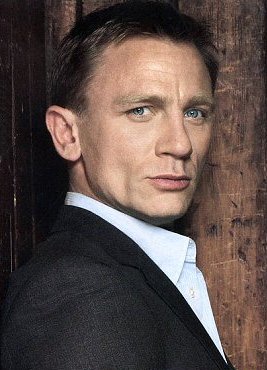 BBC News reports that Daniel Craig, who just finished work on his first James Bond film, has been cast as Lyra Belacqua’s father Lord Asriel in The Golden Compass. The film will mark a reunion of sorts between Craig and at least two of his co-stars, given that he has already worked with Nicole Kidman on The Visiting, the latest Invasion of the Body Snatchers remake, and given that he has already worked with Eva Green on Casino Royale.

August 18, 2006 Anna Paquin wraps Blue State in Winnipeg
Recent Comments
0 | Leave a Comment
"I have neither noticed that much. I recenty read a leadership book inspired from Cyrus ..."
Hamid Mortazavi Cyrus the Great — a Persian ..."
""AD" stands for "Anno Domini", a Latin expression meaning "In the Year of Our Lord".So ..."
Peter T Chattaway The Chosen — season one, episode ..."
"Why does it say at the start of episode 3 that it takes place 26 ..."
Desiree Chamberlain The Chosen — season one, episode ..."
"What about Hellboy, The Grudge, Ghoulies, and Anaconda?"
45th Spiderbob Group VGCP When R-rated franchises go PG-13 …
Browse Our Archives
get the latest updates from
FilmChat
and the Patheos
Entertainment
Channel
Related posts from FilmChat