Uwe Boll gets into the rings with his critics

Uwe Boll gets into the rings with his critics September 23, 2006 Peter T. Chattaway 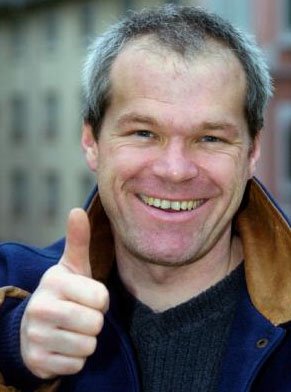 You may have heard that Uwe Boll, the infamous director of crappy video-game movies, has challenged his critics to a few rounds in the boxing ring; and you may have heard that he already gave one of these critics a pounding, two weeks ago in Spain. Now the Vancouver Sun reports that Boll — currently in town to shoot Postal — will take on four of his critics today, in a match taking place “between martial arts events at the Edgewater Stage in the Plaza of Nations”; you can watch it here, if you’re so inclined.

Boll, in Vancouver to make the feature film Postal, will take on Richard Kyanka, webmaster and CEO for Something Awful, Jeff Sneider, critic with Ain’t It Cool News, Chris Alexander, journalist for Rue Morgue Magazine, Rue Morgue Radio and AM 640 in Toronto, and Nelson Chance Minter, a teenage webhead and amateur boxer. Each fight will go three rounds, if the challengers make it that far.

If any challenger jams out, North Vancouver’s Brooke Burgess, creator of the online comic Broken Saints, will try to go three rounds with Boll.

“I’m fed up with people slamming my films on the Internet without seeing them,” Boll says about his challenge to the naysayers.

Without seeing them? Dude, I saw Alone in the Dark (2005; my comments) — on the big screen, no less — and it sucked in so many ways, ways I didn’t know were even possible.

September 23, 2006
VIFF schedule planning -- still in the works
Next Post

September 23, 2006 Depictions of Mary in the Ben-Hur movies
Recent Comments
1 Comment | Leave a Comment
"I have neither noticed that much. I recenty read a leadership book inspired from Cyrus ..."
Hamid Mortazavi Cyrus the Great — a Persian ..."
""AD" stands for "Anno Domini", a Latin expression meaning "In the Year of Our Lord".So ..."
Peter T Chattaway The Chosen — season one, episode ..."
"Why does it say at the start of episode 3 that it takes place 26 ..."
Desiree Chamberlain The Chosen — season one, episode ..."
"What about Hellboy, The Grudge, Ghoulies, and Anaconda?"
45th Spiderbob Group VGCP When R-rated franchises go PG-13 …
Browse Our Archives
get the latest updates from
FilmChat
and the Patheos
Entertainment
Channel
POPULAR AT PATHEOS Entertainment
1