A tale of two Bible movies from the 1980s

I was doing some fact-checking tonight when I stumbled upon an odd bit of info that had never occurred to me before. 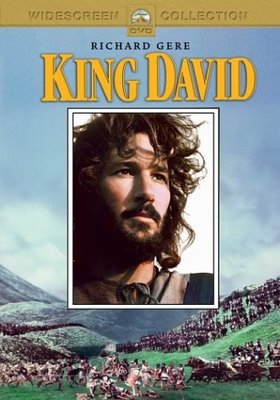 Box Office Mojo says King David (1985) — the last major live-action movie, prior to The Nativity Story at any rate, to be based directly on the Bible and produced by a major movie studio — grossed a piddling $5.1 million and ranked 114th among the films that were released that year. Neither Box Office Mojo nor the IMDB seems to have any clue how much this film cost to make, but it couldn’t have been cheap.

On the other hand, Martin Scorsese’s The Last Temptation (1988) — based on the Nikos Kazantzakis novel and not on the Bible, per se, and produced on a shoestring — grossed $8.4 million and ranked 97th for the year. Not exactly stellar by Hollywood standards, but reasonably impressive for a low-budget film.

I find that an interesting contrast, given the relative selling points of the two films (King David had at least one big star, plus it had epic battle scenes), and given the fuss that some have made over one film’s box-office record while ignoring the other’s.

BTW, parts of King David were filmed in Matera, Italy — the same region where Pier Paolo Pasolini shot The Gospel According to St. Matthew (1964), Mel Gibson shot The Passion of the Christ (2004), and Catherine Hardwicke shot The Nativity Story. And the IMDB says Abel Ferrara shot parts of Mary (2005) there, too.

UPDATE: Matt Page rightly notes that Last Temptation owes its higher grosses to the controversy that attended its release — a fact that actually occurred to me as I was writing this blog post, but never made the journey from my brain to my fingertips.

I am not so sure about the star power of Willem Dafoe and Harvey Keitel at that time, though. I remember Dafoe getting some attention for his supporting role in Platoon (1986) — that’s even him on the poster, isn’t it? — but I don’t think he was the sort of “leading man” that Richard Gere had become, following his starring roles in An Officer and a Gentleman (1982) and other movies.

And while Keitel has always had steady work, I don’t think he had a particularly high profile at that point; my hunch is that he became a semi-bankable name around the time he starred in Reservoir Dogs (1992), Bad Lieutenant (1992) and The Piano (1993).

November 14, 2006 New info on the two Hobbit movies
Recent Comments
0 | Leave a Comment
""AD" stands for "Anno Domini", a Latin expression meaning "In the Year of Our Lord".So ..."
Peter T Chattaway The Chosen — season one, episode ..."
"Why does it say at the start of episode 3 that it takes place 26 ..."
Desiree Chamberlain The Chosen — season one, episode ..."
"What about Hellboy, The Grudge, Ghoulies, and Anaconda?"
45th Spiderbob Group VGCP When R-rated franchises go PG-13 …
"Not yet, but I might do something like that once Season 2 is complete."
Peter T Chattaway The Chosen — season one scripture ..."
Browse Our Archives
get the latest updates from
FilmChat
and the Patheos
Entertainment
Channel
POPULAR AT PATHEOS Entertainment
1