Looking for a Nativity Story controversy … 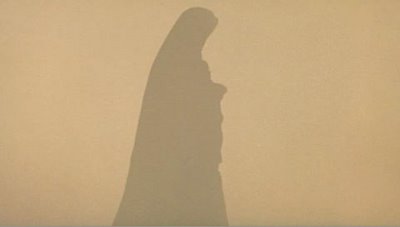 I can honestly say it never occurred to me to ask any questions about Keisha Castle-Hughes’s pregnancy at the junket for The Nativity Story last weekend. True, on the night of the screening, I did quip to a couple of colleagues that she had been kept away from the junket because the studio had decided to “divorce her quietly“. But for all I know, the decision to skip the junket might have been hers, not the studio’s. And when the producers, the director, the screenwriter, and two of the actors sat down and talked with myself and three other religious-media journalists the next day, in one of the two Grace Hill Media rooms, the subject never came up. We were having too much fun talking about the movie to pay any attention to all that People magazine stuff.

Never fear, though, the secular media are here to pick up the slack. Today’s Vancouver Sun has a story by Jamie Portman of the CanWest News Service, bearing the headline: “Pregnant ‘Mary’ creates a stir among Christians”. The opening paragraph declares:

The producers of The Nativity Story insist they aren’t fearing a religious backlash because of the pregnancy of the 16-year-old actress who portrays the Virgin Mary.

But if you look a little further down, the only description of this backlash doesn’t sound particularly religious at all:

Meanwhile, the pregnancy of its teenage star is generating intense debate on websites. Some of it is abusive, accusing Castle-Hughes of being a poor role model and of dishonoring her Maori heritage at a time when so many young Maori girls in New Zealand are victims of unwanted pregnancies.

Considering you can always find some wackos out there on the internet, it is striking that the one example this reporter can find of “abusive” online debate centres not around any particularly religious question, but rather, on questions of a basically social and cultural, even secular, nature. The story continues:

Producer Marty Bowen confirmed on the weekend that some message boards are extremely hostile.

“Ultimately, people are going to say what they are going to say,” Bowen commented, “Our opinion is that she was really wonderful in the movie and we all grew to love her, even as a person, and also her family. So all we can do is pray for her, love her, support her, and ultimately whatever is going to happen is going to happen. Ultimately we hope people will embrace the movie for its merits.”

Co-producer Wyck Godfrey is not worried because he thinks the worst is over.

“We don’t have any concern about it, only because we’ve already experienced that news coming out, and all of the reactions of the people that we’ve taken the film to has been very positive and embracing and true to the Christian spirit of acceptance and forgiveness and love.

“The thing is that Keisha has got a big journey ahead of her, and all the people that we’ve spoken to, in particular those who have also been a part and some that haven’t been a part of the production, are really praying for her and positive, as opposed to using it as an excuse to denigrate the movie.”

In 2005, sections of the religious right condemned another Christian-oriented movie, The End Of The Spear, after it was revealed one of the stars was gay. But Bowen sees no evidence that Castle-Hughes’s pregnancy is triggering a similar reaction.

Godfrey also points out that with the controversy over End Of The Spear, “there was a huge reaction within the Christian community against that backlash — that it was completely inappropriate and bad in people purporting to be Christian.”

For what it’s worth, I can think of a few reasons why the Christian community’s reaction to Castle-Hughes’s pregnancy may be different from its reaction to Chad Allen’s homosexuality.

One, End of the Spear was produced by a Christian company and is part of the emerging “contemporary Christian cinema“, whereas The Nativity Story is essentially a secular production, and thus does not engender the same sorts of expectations within the faith-based audience. Two, pregnancy is the result of heterosexual activity, which, for better or worse, religious audiences are more tolerant of than homosexual activity. Three, Castle-Hughes is a teen, which may incline traditional audiences to be more protective, even parental, towards her; whereas Allen is in his 30s and has been politically active with regard to sexuality issues. And, four, Castle-Hughes did decide to keep the baby.

So the fact that there is no real controversy around the Nativity star’s pregnancy — despite what may be the efforts of some journalists to look for one — doesn’t particularly surprise me.

November 16, 2006 Newsbites: Playbook! Apples! Book launches!
Recent Comments
6 Comments | Leave a Comment
""AD" stands for "Anno Domini", a Latin expression meaning "In the Year of Our Lord".So ..."
Peter T Chattaway The Chosen — season one, episode ..."
"Why does it say at the start of episode 3 that it takes place 26 ..."
Desiree Chamberlain The Chosen — season one, episode ..."
"What about Hellboy, The Grudge, Ghoulies, and Anaconda?"
45th Spiderbob Group VGCP When R-rated franchises go PG-13 …
"Not yet, but I might do something like that once Season 2 is complete."
Peter T Chattaway The Chosen — season one scripture ..."
Browse Our Archives
get the latest updates from
FilmChat
and the Patheos
Entertainment
Channel
POPULAR AT PATHEOS Entertainment
1