George Lucas does Singin’ in the Rain! 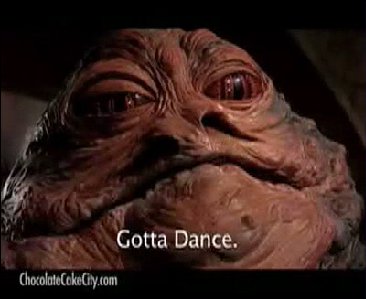 Click here for the latest bit of insanity from the folks who gave us Brokeback to the Future. It’s not as inspired, but then, what is?

FWIW, my parents taped Singin’ in the Rain (1952) off of TV only two or three years after Star Wars (1977) came out in theatres, and as a wee child, I fell permanently in love with the music and the comedy and just about everything else to do with the film.

December 4, 2006
How many films have shown umbilical cords?
Next Post

December 5, 2006 Newsbites: Apocalypto! Nativity! Ten! Camp!
Recent Comments
1 Comment | Leave a Comment
"I have neither noticed that much. I recenty read a leadership book inspired from Cyrus ..."
Hamid Mortazavi Cyrus the Great — a Persian ..."
""AD" stands for "Anno Domini", a Latin expression meaning "In the Year of Our Lord".So ..."
Peter T Chattaway The Chosen — season one, episode ..."
"Why does it say at the start of episode 3 that it takes place 26 ..."
Desiree Chamberlain The Chosen — season one, episode ..."
"What about Hellboy, The Grudge, Ghoulies, and Anaconda?"
45th Spiderbob Group VGCP When R-rated franchises go PG-13 …
Browse Our Archives
get the latest updates from
FilmChat
and the Patheos
Entertainment
Channel
Related posts from FilmChat