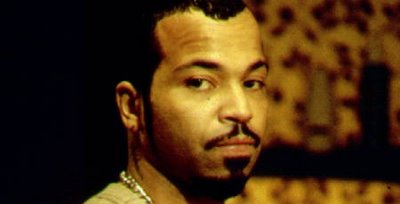 Watching the Casino Royale DVD this week, it dawned on me that I have interviewed two of the film’s supporting stars in the past.

Eva Green (Vesper Lynd) was on the press junket for Kingdom of Heaven (2005) — though I admittedly didn’t use any of her quotes when I wrote up my junket report — and I did a phoner with Jeffrey Wright (Felix Leiter) in connection with Shaft (2000).

Here is the article that came out of that phoner:

It’s a rare actor who can steal a movie from a charismatic star like Samuel L. Jackson, but Jeffrey Wright may have pulled it off in Shaft. The actor, best known in film circles for his starring role in Basquiat, has won raves for his performance as Latino drug lord Peoples Hernandez.

The character was originally conceived as a sort of secondary villain; Peoples is hired by Walter Wade, a rich white bigot played by Christian Bale, to find and kill the cocktail waitress who saw Walter murder a black man. But Wright’s funny, deadly take on the character led the filmmakers to beef up his role while cutting back on some of his co-stars’ scenes.

Wright, in a phone interview from Toronto, says he was only six years old when the original Shaft, directed by Gordon Parks, came out in 1971. “I was a little too young for ‘the black dick who was a sex machine to all the chicks,'” says Wright, who is part African-American and part Native (“And I even admit to a thimbleful of European, that being Irish”).

“But I do remember the aura that was created around it, and I vividly recall driving my mother to the edge by pulling pots and pans out of her kitchen cupboards and banging on them to the soundtrack, trying to create that high-hat riff. It made a really deep cultural impact at the time. For black folks particularly, it was the first time they’d seen a hero in a film like this that was drawn as they would draw it.

“He was born out of a time when there was a kind of awakening of the black esthetic, a kind of Black Power, and he was a character that reflected that reality. But beyond that, he was a hero for all people. He was an inclusive hero. He wasn’t simply a hero for one type of person.”

In some ways, mainstream movies are still catching up to the original film’s vision. Not only was the black private dick immortalized by Richard Roundtree willing to sleep with women of any race or colour, he was also chummy with a gay bartender, who was portrayed in refreshingly non-stereotypical terms.

“[The bartender] is just there,” Wright observes, “because he lives in New York and he bartends in New York, which is reflective of the way the city is. And in many ways, Gordon Parks’ vision was obviously sophisticated, on that level, in terms of its respect for the kind of cultural milieu that is the city. There are a lot of American television miniseries that are set in New York that don’t show that sophistication, and they’re being shot in the year 2000.”

So what has changed in the intervening decades? “If you look at the two movies, one is set in a period of social upheaval, but social progress, whereas our film is set in a time driven by money,” says Wright. “I think that’s indicative of the change, at least in the States, where you have people scrambling about, trying to make their way under the shadow of a system that is too easily corrupted by money, and that’s where my character comes in.

“In a lot of ways, Peoples is just a capitalist who happens to carry an ice pick and poke people with it occasionally, if they stand in the way of business. Most capitalists have armies.”

The new Shaft has been plagued by rumours of fights between its star, its director, its producer and its screenwriter. But Wright refuses to comment on all that. “My perspective on it is, really, that going to the movies is much like going to a restaurant. The less you know about what goes on in the kitchen, the more likely you are to enjoy your meal.”

He will, however, say that he had the opportunity to improvise some of his scenes, including one in which Peoples sits on a toilet while conducting business with the film’s other main bad guy. “I thought it reflected a power dynamic, and it was an act of humiliation and complete disrespect for a character, Walter Wade, who I think Peoples ultimately despises,” says Wright.

However, he worries that a rude sound effect added to the scene after it was filmed might undercut his more serious intentions. “I think, as edited, it might take on more of a comic quality. The sound effect kind of changes the texture of the scene.”

Wright, who can also be seen in the current version of Hamlet as a Dylan-singing Gravedigger, won a Tony Award a few years ago for playing a flamboyant gay nurse in Angels in America: Perestroika. He prepared for his role in Shaft by visiting Dominican barbershops and restaurants.

“I just kind of soaked up the flavour of the people as much as I could,” he says. “The people quite often come from very humble means, but they are vibrant and spirited people because they’ve had to survive, for the most part, on their essences, as opposed to their material things. So if you just walk around their neighbourhood, there’s an aliveness about the place that you can’t help but be affected by.”

March 14, 2007 Adam's Apples -- coming to Vancouver!
Recent Comments
0 | Leave a Comment
"I have neither noticed that much. I recenty read a leadership book inspired from Cyrus ..."
Hamid Mortazavi Cyrus the Great — a Persian ..."
""AD" stands for "Anno Domini", a Latin expression meaning "In the Year of Our Lord".So ..."
Peter T Chattaway The Chosen — season one, episode ..."
"Why does it say at the start of episode 3 that it takes place 26 ..."
Desiree Chamberlain The Chosen — season one, episode ..."
"What about Hellboy, The Grudge, Ghoulies, and Anaconda?"
45th Spiderbob Group VGCP When R-rated franchises go PG-13 …
Browse Our Archives
get the latest updates from
FilmChat
and the Patheos
Entertainment
Channel
POPULAR AT PATHEOS Entertainment
1