Aronofsky goes from The Fountain to the Deluge

Aronofsky goes from The Fountain to the Deluge April 29, 2007 Peter T. Chattaway 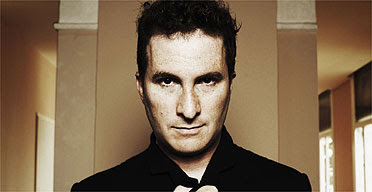 Remember that biblical epic that Darren Aronofsky — director of Pi (1998; my review), Requiem for a Dream (2000; my review) and The Fountain (2006) — said he wanted to make? He recently spilled a few more details about it to The Guardian:

In the Romanian mountain resort of Sinaia, two hours north-west of Bucharest, the film-maker Darren Aronofsky is contemplating the extinction of mankind. An extreme response, you might think, to a few uncomprehending reviews of his last movie, the ecological science-fiction fantasy The Fountain. After all, it has as many passionate fans as it does sniggering detractors; it’s that sort of film. But the 38-year-old Aronofsky isn’t in Romania to escape anything. He is accompanying his fiancee, the actress Rachel Weisz, who is here shooting a movie. And his thoughts have turned to the demise of civilisation because he is several drafts into a screenplay about Noah. I hear the narrative has an impressive arc.

Aronofsky and Noah go way back. When the writer-director was 13, he won a United Nations competition at his school in Manhattan Beach, Brooklyn; it was for his first poem, a little effort about the end of the world as seen through Noah’s eyes. “That story has interested me ever since,” he says, squinting through his yellow-tinted shades and pulling a striped woolly hat on to his head. We are on the decking in front of his hotel, with the snow-dusted mountains spread out before us. Henry, Aronofsky and Weisz’s 10-month-old son has just been whisked off on a sightseeing trip with his nanny, and all is tranquil.

The script, Aronofsky tells me, is no conventional biblical epic. “Noah was the first person to plant vineyards and drink wine and get drunk,” he says admiringly. “It’s there in the Bible – it was one of the first things he did when he reached land. There was some real survivor’s guilt going on there. He’s a dark, complicated character.” . . .

Sounds like it could be very interesting — and I am curious to see how this film’s mix of intimate and epic scales compares to The Fountain. I just hope Aronofsky doesn’t have to deal with all the problems and delays here that he did with that other film.

April 29, 2007 More revisionist medievalism from Ridley Scott!
Recent Comments
1 Comment | Leave a Comment
"What a strange article. Using movies as your basis to defend that Lazarus was murdered ..."
Mark Ross DeFazio The death, resurrection, and second death ..."
"Another with Ethiopian eunuch and Philip https://archive.org/details..."
Jason McKahan Watch: Philip is the original vanishing ..."
"I found Hanky Panky a pretty cool 80s movie when I first saw it on ..."
UniblabBR Sidney Poitier marathon: Hanky Panky (1982) ..."
"In 1972, yes. The movie was made in 1956 but the ratings system didn't exist ..."
Peter T Chattaway One of the reasons I do ..."
Browse Our Archives
get the latest from
FilmChat
Sign up for our newsletter
POPULAR AT PATHEOS Entertainment
1