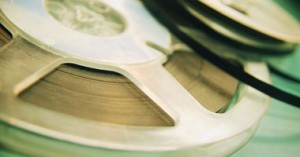 The unexpected success of Mel Gibson’s The Passion of the Christ proved that it’s no longer taboo to make faith-based entertainment and that there’s a huge Christian market just waiting to be explored. So it was only a matter of time before major corporations, who already own some of the biggest Christian book and music labels, turned their attention to film.

Sony Pictures – the studio that made The Da Vinci Code – also promotes Christian movies through its Provident Films label. They had a huge success last year with the low-budget sports movie Facing the Giants, which was produced by a church in Georgia for only $100,000 and went on to gross more than $10 million.

Bob and Harvey Weinstein, who were notorious in the 1990s for releasing scandalous films such as Priest and Kids, recently created a faith division for their newly formed independent distributor, The Weinstein Company. Among their first projects: an in-development adaptation of Max Lucado’s The Christmas Candle.

The most ambitious of the new brands is probably Fox Faith, which distributes a wide range of videos from the 20th Century Fox and MGM libraries – everything from cutting-edge Christian films Luther and End of the Spear to classic studio films A Man Called Peter and The Robe. They also promote the latest in secular family movies, such as Cheaper by the Dozen and Night at the Museum.

Some Christians have expressed concern, and rightly so, about being treated like a “niche market.” Outsiders hoping to tap this market might not care if they make shoddy “Godsploitation” films; the insiders who make these films may be tempted to put identity politics and self-congratulation ahead of good artistry; and audiences may be tempted to stay within the “safe” confines of the Christian market.

But niches can also allow artists to explore themes that might not have appealed to a wider audience. For example, The Second Chance, an urban drama directed by Steve Taylor, raises some challenging questions about the relationship between middle-class mega-churches and inner-city ministries – questions that go beyond mere entertainment and are of special significance to the Christian viewer.

Niches don’t have to be ghettos. The trick, with Christian movies as with other films, is to look for well-made pictures that have something to say, or that ask us to deepen our understanding of something. God can, and does, speak to us through them all.

Part of the rise of faith-based films is a reaction to Hollywood’s “secular” values system. In recent years, some Christians have been quick to condemn movies such as Vera Drake and Brokeback Mountain for depicting themes of abortion and homosexuality. But a closer look at these films reveals that the title characters and their motivations are more complicated than they first appear.

In Brokeback Mountain, for example, the first sexual encounter between the two men takes place when one of them is too drunk to go up the mountain and watch the sheep like he is supposed to. The next morning, he finds a sheep that has been killed by a predator. The dead animal may be a symbol of the persecution that the man fears, but it may also represent his wife-to-be and the others who will become innocent victims of his irresponsibility.

Similarly, Vera Drake – which director Mike Leigh partly improvised with his actors – has enormous sympathy for its title character, a woman who provides illegal abortions in 1950s England. But it also acknowledges her significant blind spots, and it has considerable sympathy for characters who disagree with her actions. The film allows us to love the sinner, though we may hate the sin.

Some Christians have also been quick to embrace films that use religious language or symbols, but they haven’t asked what the films do with these elements. Much has been made of the “Christ figure” elements in the Superman movies, for example, yet little attention has been paid to the fact that Superman rebels against his “heavenly” father (literally – we see his father’s face in the clouds!) in the first two films.

As film critic Roger Ebert likes to say, the most important thing about a motion picture is not what it’s about, but how it is about it. So we need to pay close attention to how films tell their stories. Here are a few tips to keep in mind when going to the movies.

1. Take a look around

Hollywood studios pour a lot of time and money into making sure that everyone has heard about the latest would-be blockbuster. But there are lots of other films out there, too, many of which may be worthier of your time. The trick is to find them.

One place to start is by reading film reviews. Critics usually get to see films before they open, so they can draw your attention to smaller films that may have more to offer than another wasteful, overblown car chase.

If you’re feeling especially adventurous, check the schedule at your local art house or cinematheque. C. S. Lewis once said he tried to read an old book every time he finished a new book, to put the new book in perspective. Likewise, some theatres specialize in older films, some of which are full of spiritual insights.

Don’t judge a movie based on ratings alone. Ratings are useful for figuring out if a movie is appropriate for children, or for telling us if a film has the kind of sexual or violent images that some of us should not see. But ratings cannot tell us what these images mean or whether they’re used in a responsible way.

2. Let the movie speak for itself

It’s tempting to jump to conclusions about a film, or to read things into it that aren’t actually there. But you can’t make sense of a movie or judge the moral worth of what it has done unless you pay attention to what it actually did. So be prepared to receive the film on its own terms.

Every movie, every scene, has a point of view, so ask why the film shows or doesn’t show what it does. Did you ever notice that, for the first two thirds of E.T. the Extra-Terrestrial, Steven Spielberg encourages us to see things from a child’s perspective by keeping the faces of all the grown-ups off-camera, except for the mother?

Pay attention to the director’s use of camera angle, close-ups and other visual techniques. The first time we see Darth Vader in Star Wars, the camera looks up at him to signify his awesome, intimidating presence. But in the prequels, we get to know him as a tragic character – and so in one of our last glimpses of him in Revenge of the Sith, the camera looks down at him from a distance, because we have come to see how pitiful he really is. He is diminished in our eyes, and in the camera’s as well.

Notice also how a film uses music, or how characters are introduced to the story. The first impression they make usually tells us something important about them. Every element of a film represents an artistic choice of some sort, so ask yourself what the cumulative effect is and what the director might be trying to say.

Read books on film and popular culture by Christian authors who put these subjects in a broader theological perspective, such as Robert Johnston (Reel Spirituality), Jeffrey Overstreet (Through a Screen Darkly), William D. Romanowski (Pop Culture Wars, Eyes Wide Open). These books offer useful tips for enjoying film in a way that can enrich us both spiritually and culturally.

A motion picture doesn’t end when the credits do, especially if it’s any good. The best films – and sometimes the worst – tend to linger in our hearts and minds, so be prepared to think about them afterward.

If you saw the movie with friends, talk to them about it. Ask what they saw that you might have missed, and share your own insights, too. Read film critics who take a more in-depth approach to movies. Keep a journal, or join an online discussion group. Sometimes you don’t notice certain things or realize what you really thought about a film until you try to put it into words.

There are some great film-related conversations out there. So join in!

Peter T. Chattaway is film columnist for B.C. Christian News and several other publications, and a blogger.

— A version of this article was first published in the Salvationist.

July 1, 2007 Review: A Man Called Peter (dir. Henry Koster, 1955); End of the Spear (dir. Jim Hanon, 2005); Saint Peter (dir. Giulio Base, 2005)
Recent Comments
0 | Leave a Comment
Browse Our Archives
get the latest from
FilmChat
Sign up for our newsletter
POPULAR AT PATHEOS Entertainment
1

Entertainment
How did Luke Skywalker "make his bones"?
FilmChat