Another significant milestone for my twins.

Another significant milestone for my twins. January 17, 2008 Peter T. Chattaway 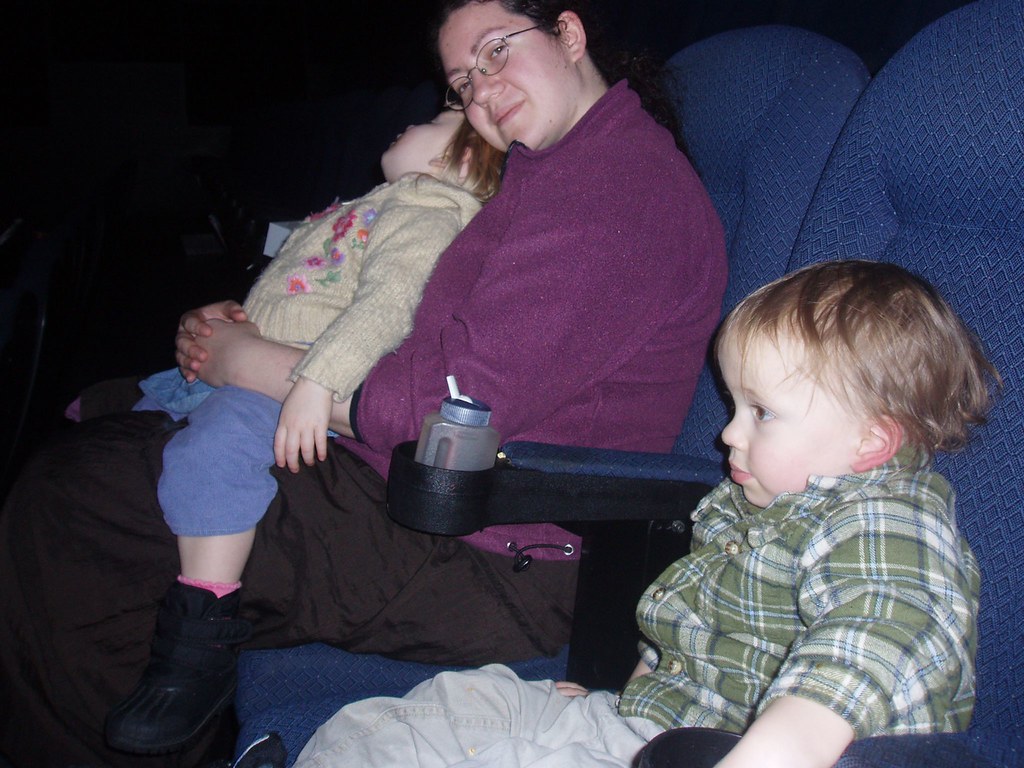 Last Monday, while their mother and newborn baby brother were resting in the hospital, I took the twins (and my sister) to catch a matinee screening of The Pirates Who Don’t Do Anything. It was the first time I had taken the twins to see a movie; the wife and I had dragged them along to a couple of “movies for mommies” type events when they were only five or six months old, but that was for their parents’ benefit, not for theirs.

In one sense, we caught the movie at the perfect time: almost no one goes to the movies on Monday afternoons, so in case the twins began screaming or fussing or something, there were only a couple other families there for me to worry about. (As it is, the kids behaved just fine.) But in another sense, this wasn’t the perfect time: the kids usually nap in the early afternoon, and while Thomas was kept awake by the movie and the snacks, Elizabeth actually fell asleep on her auntie’s lap about ten minutes before the movie was over. (Don’t worry, I didn’t take the picture above until the credits were rolling and the other families were already on their way out.)

Ah well. I very much enjoyed letting my children take turns sitting on my knee while watching a big-screen movie, and I eagerly look forward to the day when they will have enough of a vocabulary so that we can talk about the movies we have seen together. In the meantime, I got a kick out of the way Elizabeth jerked her head to the left, right, left, right a couple times — presumably to see where the stereo sound was coming from — and I wonder when my next opportunity to do something like this will come along.

Oh, and what did I think of the movie itself? I can’t sum it up any better than my e-pal Denes House, who critiqued the movie for its “zanelessness”. I think there may have been more life and zest and humour in the ‘Rock Lobster’ parody that played over the closing credits than there was in the rest of the movie. And the fact that the VeggieTales creators deviated from their usual pattern didn’t help; the movie is more of a generic story than a genre parody. But it had its moments. The psycho cheese curls were especially cute.

January 17, 2008
"Under construction" isn't just a metaphor.
Next Post

January 18, 2008 Iranian biblical films -- from Jesus to Joseph
Recent Comments
3 Comments | Leave a Comment
Browse Our Archives
get the latest updates from
FilmChat
and the Patheos
Entertainment
Channel
POPULAR AT PATHEOS Entertainment
1